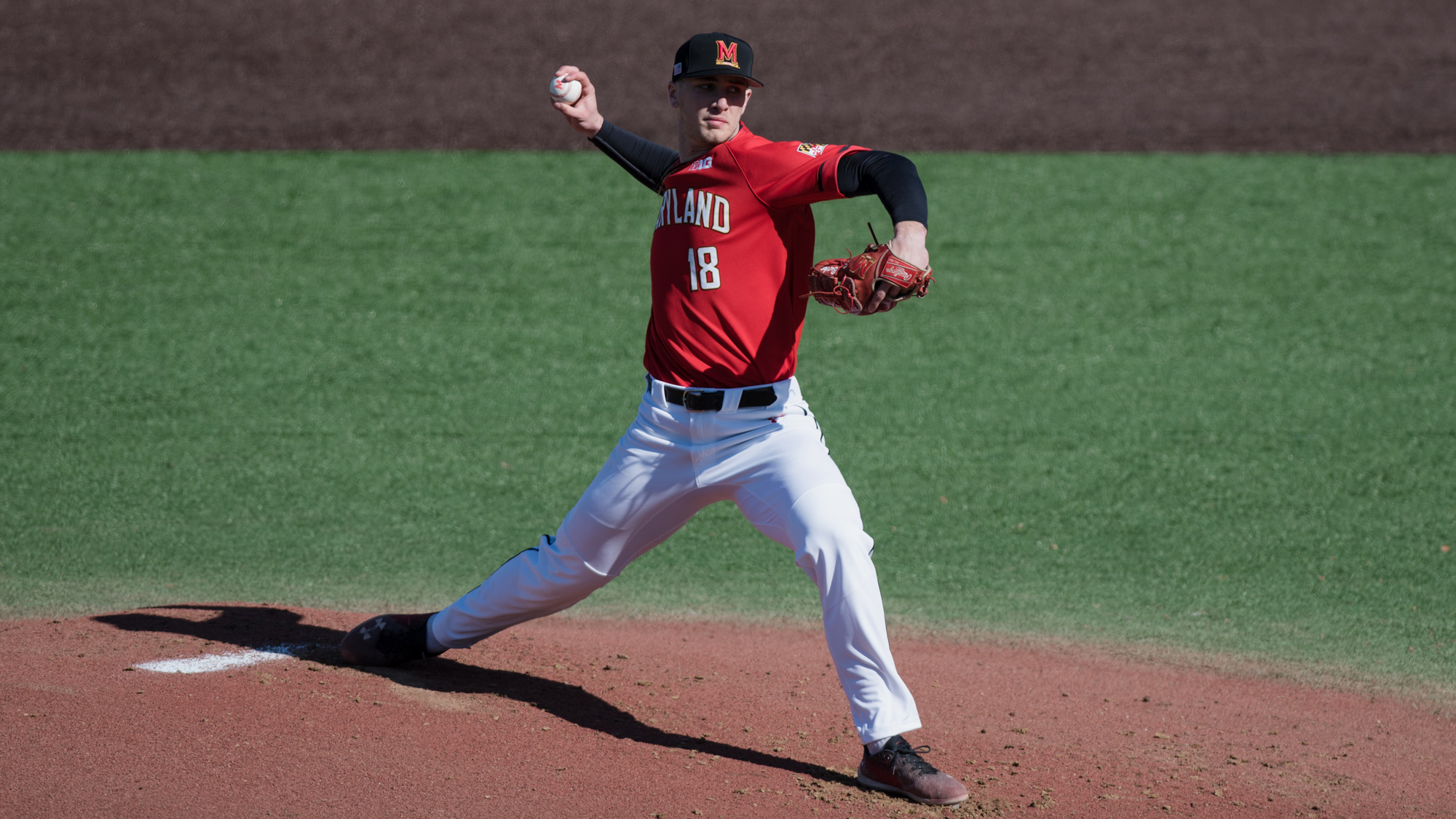 Maxwell Costes was frustrated at the plate. And for the rest of Maryland baseball, it was all about missed opportunities.

Leaving nine runners on base, the Terps struggled to find hits at the right time, Michigan State’s Sam Benschoter shutting down each of Maryland’s threats. That strong pitching performance sent the Spartans to a 6-0 win over the Terps Friday night in the 2021 season opener for both squads.

Early on, Maryland was tentative. The top of the Terps’ lineup was retired easily, going down in order to start the game. Meanwhile, Sean Burke struggled in his first inning back on the bump.

Maryland’s ace started his night by walking Mitch Jebb, before giving up a single to Bryce Kelley. And after a wild pitch and a sacrifice fly, the Terps were already trailing 2-0.

“In the first inning it was more complicated, kind of a bigger picture plan,” Burke said. “Whereas the rest of the game I got more simple…trying to make a pitch at a time as opposed to attacking a batter.”

Despite his early struggles, a mound visit from Maryland pitching coach Corey Muscara proved to be a cure-all for Burke. He would strike out 11 batters in the next five innings with only one hit, totaling 13 punchouts on the evening.

While Burke was on his game the rest of the way for the Terps, the offense was left dwelling on the first inning.

Costes, a preseason All-American who only struck out only seven times in 15 games in 2020, left the plate with nothing twice. That inability to capitalize left Maryland’s baserunners to walk off the bases and into the dugout on several occasions. The chances were there, the timing at the plate was not.

“You tell me you’re gonna give me Maxwell [Costes] a chance to drive some guys in with two outs I’m gonna take that every time. Unfortunately their guy just bested him,” coach Rob Vaughn said.

After Burke was replaced by Ryan Ramsey in the seventh inning, not much improved for the Terps. Michigan State put up three more runs in the bottom of the eighth, kicked off by Ramsey’s errant throw after fielding a bunt attempt. With two in scoring position and two outs, Ramsey surrendered a single to Zach Iverson, pushing the Spartans to a 6-0 lead.

And Maryland continued to toil at the plate. Benschoter struck out the side in the seventh and forced a double play in the eighth just as it seemed the Terps had some life. The Michigan State right-hander kept Maryland at bay through eight shutout innings, striking out ten while only allowing five hits.

“I was very, very impressed with [Benschoter]. He threw the ball extremely well, a lot more velocity than we were expecting him to have,” Vaughn said.

Iverson took the mound for the top of the ninth, and the Terps offense was similarly futile. Two strikeouts and a grounder right back to the junior utilityman slammed the door on a disappointing opening night — one in which Maryland struggled in the batter’s box, especially with runners on base.

The season opener left the Terps with a memory they’d rather leave behind at the park. And it might not get easier tomorrow. They will play a doubleheader, facing Spartans’ ace Mason Erla. It’s a challenge Maryland will have to face head on as it seeks to rebound from its Friday night struggles.

“We got to do a better job of trying to assert our will on him [Erla] tomorrow, instead of letting them set the tone,” Vaughn said.