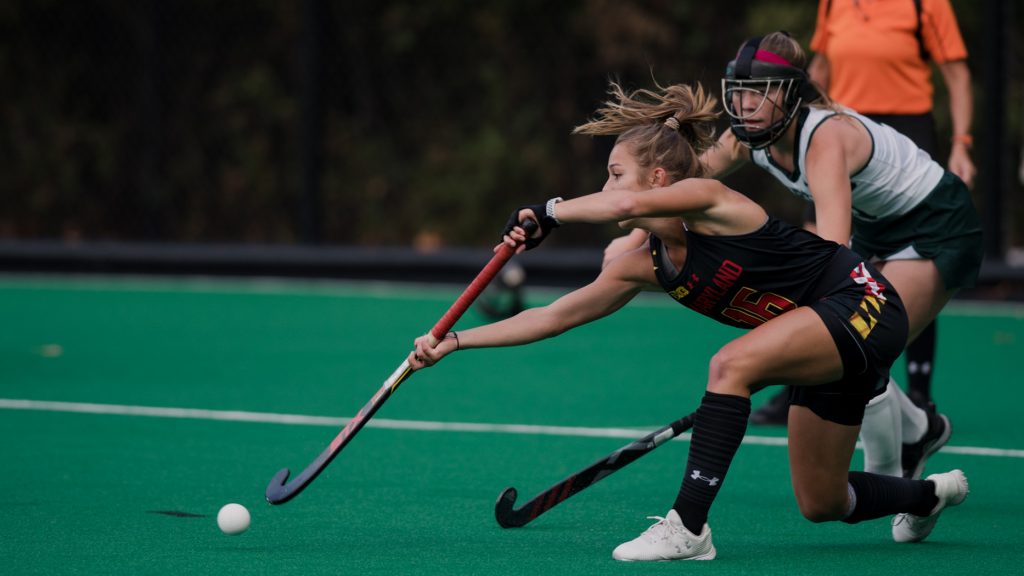 Just over seven minutes into Maryland field hockey’s loss to Northwestern, Bibi Donraadt headed to the backline to insert a penalty corner. She triggered the ball in for a Riley Donnelly shot, which came up empty. This was the seventh corner the Terps earned in that opening period.

And they only had one goal to show for it.

“We’ve had plenty of opportunities,” coach Missy Meharg said. “We have work to do on our penalty corners and then our finishing.”

Despite a particularly strong offensive attack in the first half, Maryland couldn’t find the back of the cage after Donnelly’s early mark. So, once the Wildcats knocked in two third-quarter goals, the Terps faced their first defeat of the young season.

Over the course of its first two matches, Maryland has drawn 18 penalty corners — the most in the Big Ten.

And penalty corners usually lead to scores. The Terps’ three goals this season are the third-most of any school in the conference.

“I’m very happy with the number of penalty corners we drew,” Meharg said. “We put ourselves in position to get on the board with more goals.”

In 2019, Maryland — which finished the season No. 3 in the nation — earned 149 penalty corners, 10 more than Michigan, to lead the Big Ten. And corners lead to shots, which then lead to goals.

The Terps’ conference-topping 364 shots — 17.33 per match — also topped the conference. Maryland averaged 2.95 goals per match, tying both for second-best in the Big Ten and ninth nationally.

They kept getting those chances on a cloudy Sunday afternoon in Virginia Beach, Virginia. They had 10 total penalty corners over the course of the match. But it’s hard to win a game with just one goal.

“Yeah, we scored on Riley’s drag. So that would be nine others that we, in some way, did not finish,” Meharg said.

But these penalty corner opportunities don’t come out of nowhere. And in that first quarter, Maryland was dominating the match so much so that Northwestern couldn’t get a shot off for over 13 minutes.

“We had a really good brand of hockey in the beginning with passing,” midfielder Brooke DeBerdine said. “And that’s definitely something that we’re gonna just keep working on.”

For the last three years, defender Bodil Keus was Maryland’s “prominent penalty corner execution drag clicker,” Meharg said. The Amsterdam native fired 199 shots, 120 of which were on goal, and netted 28 of them over those three seasons.

With Keus playing in Europe this spring, Taylor Mason, Mayv Clune and Donnelly began stepping up in her place. Emma DeBerdine and Donraadt are continuing to handle most of the insertions.

But it takes time for everyone to get adjusted to these new roles. And when they click, those penalty corners may start to find twine.

“We have so many different people that can play different positions,” Emma DeBerdine said. “And we’re just working every day to think of all the different possibilities that could happen within a game and a corner situation.”