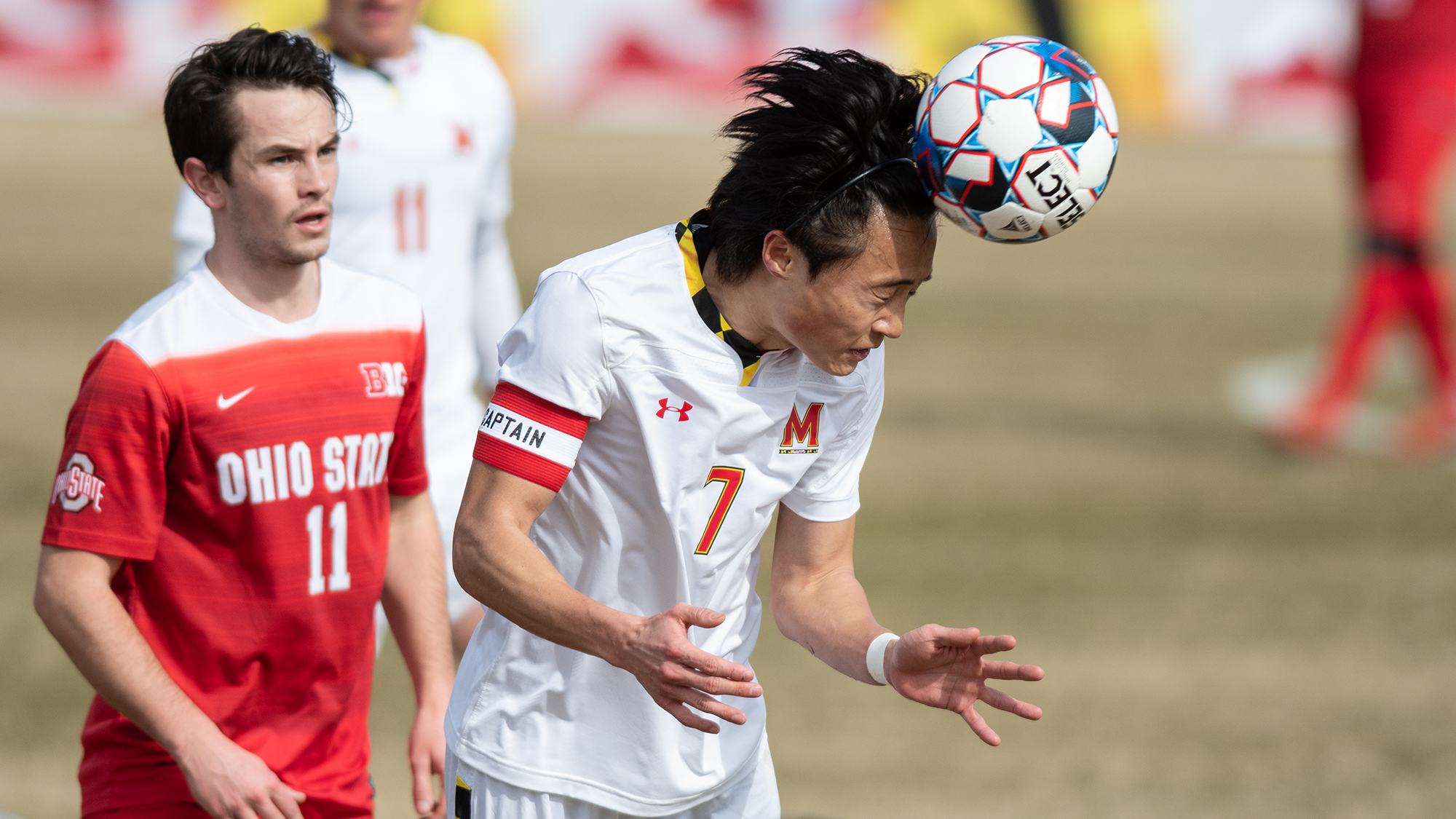 Ohio State’s full squad sprinted to the corner flag, screaming and shouting for joy. And for good reason. They had just swept down the right side in a smooth counter attack.

One pass found another, and then a third, a deft cut back across the box, landed on the foot of Joe Ortiz, who finished calmly past Maryland men’s soccer goalie Jamie Lowell.

It was the only goal in a drab afternoon at Ludwig Field, as the Terps failed to take advantage of their long periods of possession, dropping their home opener, 1-0.

After a first half in which the two teams combined for four shots — only one of which was on goal — the game picked up in the second. And it was the Buckeyes who eventually capitalized on the raised intensity. A well worked counter attack down the right proved to be enough for the away side to leave College Park with three points.

Ohio State looked the more dangerous side in the opening exchanges, forcing Maryland keeper Jamie Lowell into an early save from a flicked header. The Buckeyes continued to press their advantage, working the ball down the left and pinging balls into the box — but Maryland’s backline prevented any clear cut chances.

For the first 20 minutes, though, Ludwig Field echoed with angry shouts and frustrated yells. Brayan Padilla hit a few wayward passes, drawing the ire of coach Sasho Cirovski. Xavier Green couldn’t exploit space on the left for Ohio State, much to the protest of Buckeyes’ coach Brian Maisonneuve.

“It all came down to the little passes, little sequences just weren’t working and kind of just all crumbled up,” midfielder Nick Richardson said.

With Maryland struggling to connect passes together, Cirovski shuffled his pack. He benched Paul Bin and Padilla, bringing forward Eric Matzelevich on, and also handing a debut to German defender Alex Nitzl.

Those changes, though, did little to alleviate the Terps’ offensive issues in the half. Another wayward pass from forward Justin Gielen prompted Cirovski to tug on his mask in frustration, his Maryland team toiling. And it remained that way, as the teams went into the break deadlocked at 0-0.

“I think everyone expected us to play better than we did. It’s just when it came the time of the game, people just didn’t show up,” Gielen said.

But as the second period started, the passes got crisper, the movement quicker, the chances more frequent. Once isolated, forward Jacen Russell-Rowe got more in the game. There were the gentle flicks to advancing midfielders, the slid passes to wingers. He was Maryland’s most consistent threat, as well, having one shot narrowly veer wide, and another saved by Buckeyes’ goalie Noah Lawrence.

Still, the Terps couldn’t create a clear cut chance. And the fans that had gathered from behind the Ludwig Field fence had little to cheer about, as Maryland failed to manifest anything concrete.

Ohio State, meanwhile, stuck around. While they had less of the possession, the Buckeyes looked dangerous on the counter. And the away side made good on that advantage in the 72nd minute, executing a sweeping counter attack down the right side. Midfielder Laurence Wootton took off down the right wing, and calmly cut the ball back to a wide open Joe Ortiz, who finished from close range for a 1-0 lead.

“They gained momentum. And then they took their chance well in the second half,” Cirovski said.

The Terps found life after the goal, raising the intensity of their play. They seemed to have a penalty with 10 minutes remaining, after Gielen was tripped in the box, but the referee didn’t point to the spot, despite animated protests from Maryland.

Two minutes later, the Terps seemed to have a clear sight of goal, but after a mad scramble in the Ohio State box, the ball was diverted away.

That was the closest it would get. Maryland looked for late heroics, but there was none to be found, as they dropped their home opener to an opportunistic, organized Ohio State side.

And, at the final whistle, Cirovski watched again, looking a defeated figure, as the Buckeyes celebrated with equal vigor.