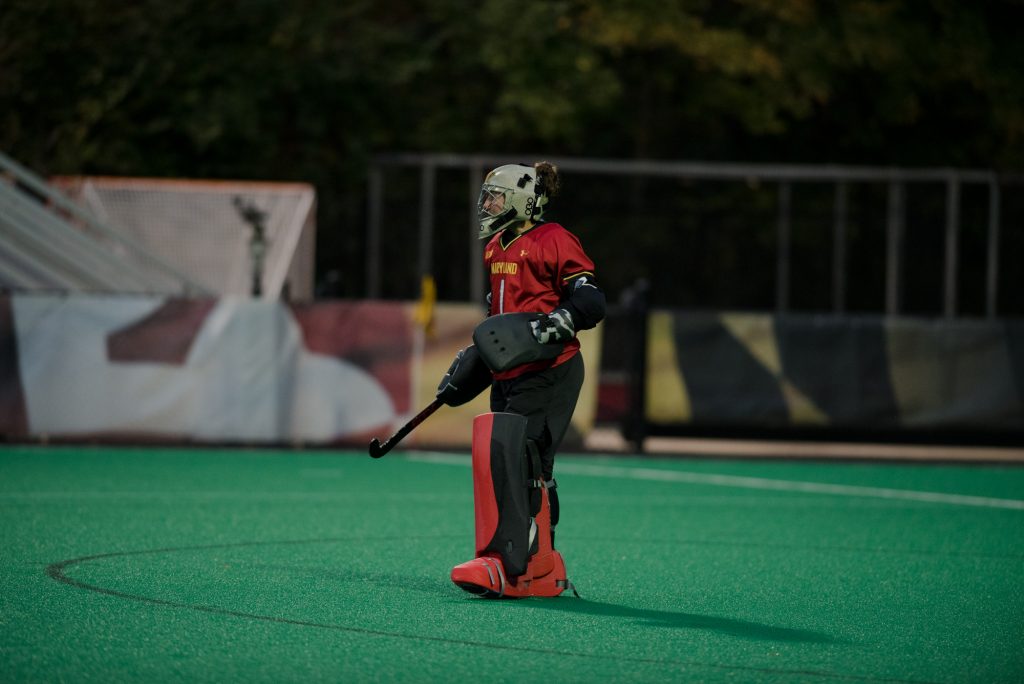 For the first 17 minutes of Maryland field hockey’s season opener, it was dominant, earning three penalty corners while its strong attack consistently kept the ball near Michigan State’s goal.

The Terps broke the ice on their fourth corner of the afternoon, with junior defender Riley Donnelly flicking the ball off an insertion from forward Bibi Donraadt and set from newcomer Maura Verleg.

Senior forward Kyler Greenwalt was the beneficiary, slotting home from Donnelly’s flick to push coach Missy Meharg’s squad out in front. Maryland didn’t look back from there, collecting a 2-0 victory over the Spartans in Virginia Beach, Virginia.

“We played so fast and furiously in the first two quarters,” Meharg said. “We were flying.”

And the Terps (1-0) did it with some new faces on the pitch. Maura Verleg and Rayne Wright made their Maryland debuts in the starting lineup and Anna Castaldo saw plenty of action coming off the bench.

After Greenwalt’s goal gave Maryland the upper hand in the second quarter, it continued to roll past the Spartans (0-1).

With just over a minute to play in the first half, the Terps padded their lead before the break. Off a pass from Donnelly, Virginia Beach native Sam Zywna stepped by her defender and knocked in her first career goal, giving the Terps a two-goal cushion.

“It was awesome,” Zywna said about playing on the same field she’d played on her whole life.

After taking this commanding lead into halftime, Meharg said the team did well to slow the pace of the game down without allowing Michigan State to come back.

“What we did well was slow the tempo down and control the game, through really systematic, tactical hockey,” Meharg said. “That was super exciting to see us be able to control the game like that.”

Jade Arundell was steady in the cage for the Spartans, pushing eight shots away. But it wasn’t enough, as the Terps’ two first-half goals kept them in control for the rest of the match.

Maryland held the Spartans to just two penalty corner attempts and just one shot on goal. And Noelle Frost maintained a clean sheet, as the graduate student earned a shutout in her final season debut.

“Noelle and the communication with the defense was awesome,” Meharg said. “Couldn’t be happier for the women and for our staff and for the journey we’ve been on.”

CORRECTION: Due to a reporting error, a previous version of this article misspelled Sam Zywna’s last name. This story has been updated.