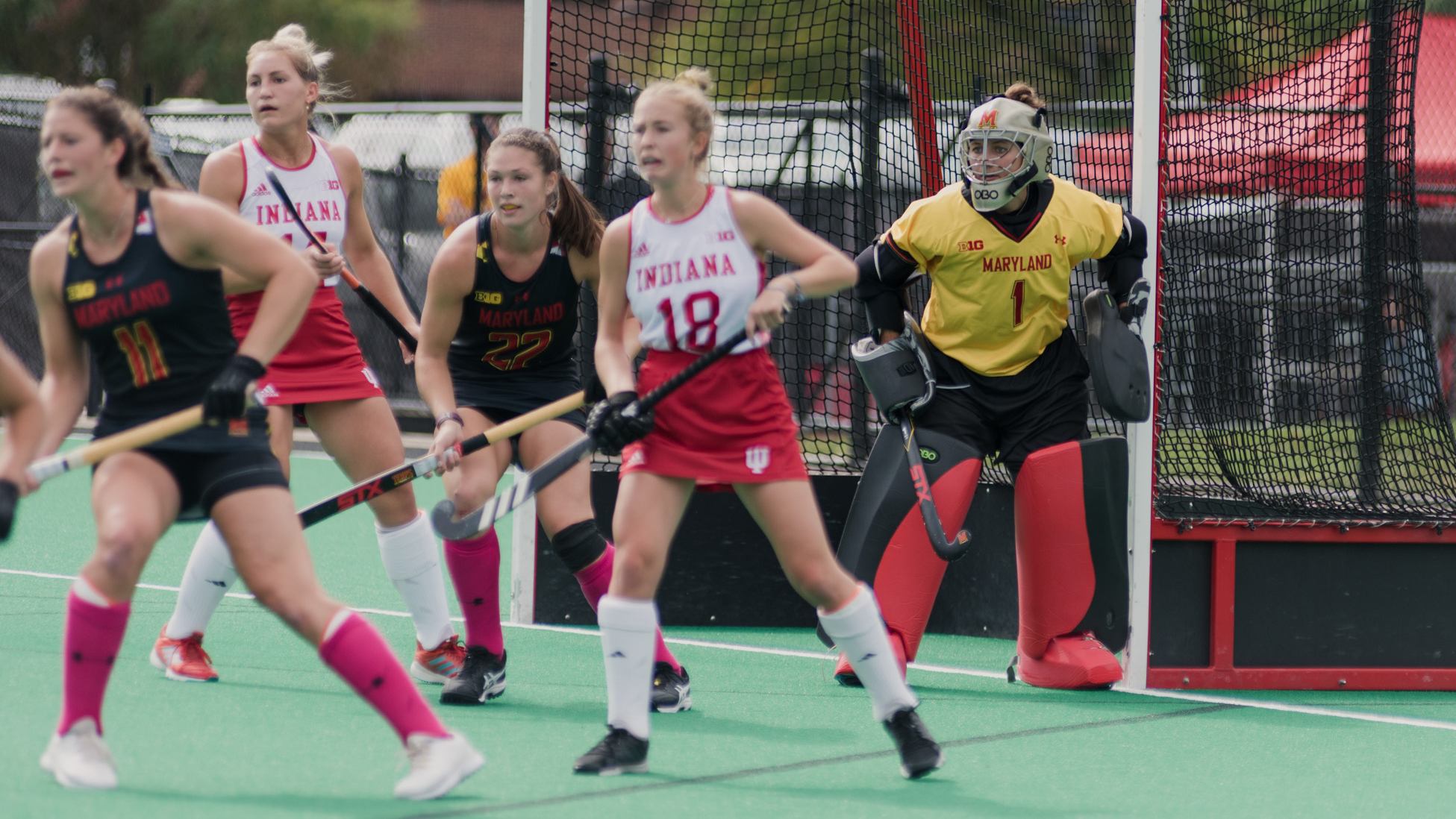 Normally, from late August through October, Maryland field hockey is on the pitch playing two or three matches every week. The COVID-19 pandemic disrupted this routine in the fall, but despite it all, the team still got to experience some level of competition.

Members of the team partnered up and participated in skills competitions every Friday before simulating the playoff scene by splitting into three teams to compete in a round-robin tournament.

These tournaments were helpful in keeping competitive spirits high while also building team chemistry. So when the Terps take the field in Virginia Beach, Virginia, against Michigan State on Friday, they hope the extended break from competition won’t feel quite as long.

“They were fired up,” coach Missy Meharg said. “Everybody wants to play a game, so I think we simulated as best we could.”

Maryland returns 14 players from its 2019 squad, which posted a 17-4 record and finished as the No. 3 team in the nation. It’s bringing on six newcomers, filling out a 20-woman roster.

It’s a smaller side than usual, Meharg said. But, it’s one that has impressed throughout the fall and the spring, showing flashes of its potential.

“[Twenty is] actually an awesome number, because everyone is very homogeneous in a level that they’re competing at,” Meharg said. “I’ve been really, really impressed with the level of advancement of the younger players from last year.”

One player who has stood out is senior midfielder Kyler Greenwalt, whose team won the intrasquad round-robin tournament. As Meharg noted, Greenwalt has overcome some adversity over the years and it has set an example for her teammates, especially with her attitude after suffering a season-ending torn ACL her sophomore year.

“Kyler is one of the most resilient players on our team,” goalkeeper Noelle Frost said. “Right when she tore it, she did not step down whatsoever at all. She was … the driving force of our team.”

Senior midfielder Brooke DeBerdine, Greenwalt and Frost, a graduate student, round out Meharg’s trio of “super seniors,” as she called them. The trio impressed throughout the fall practices — more so than any other in her 33 years at the helm of Maryland field hockey.

“I have not witnessed women work as hard and committed and as selfless as Brooke, Noelle and Kyler have,” Meharg said.

Frost — who Meharg said was a frequent winner of the Friday skills competitions in the fall — will be playing her fifth season at Maryland this spring. After redshirting her freshman season and seeing limited action over the next two, the Glenwood native started all 21 games in the net during the 2019 campaign. She compiled a save percentage of .806 and notched eight shutouts in the Terps’ Big Ten championship-winning season.

Meanwhile, DeBerdine — who was voted team captain for this season — started every game during her first three years at Maryland. The Millersville, Pennsylvania, native was named to the NFHCA All-Mid-Atlantic Region team after scoring a goal and collecting two assists last season.

She mentioned that the team’s fall competitions helped it get in shape and facilitated team-bonding.

“A lot of personalities came out,” DeBerdine said. “We had a lot of fun and we definitely got to know each other.”

And with that mix of competitiveness and personality, the Terps are hoping to take the Big Ten by storm, starting with their matchup against the Spartans.