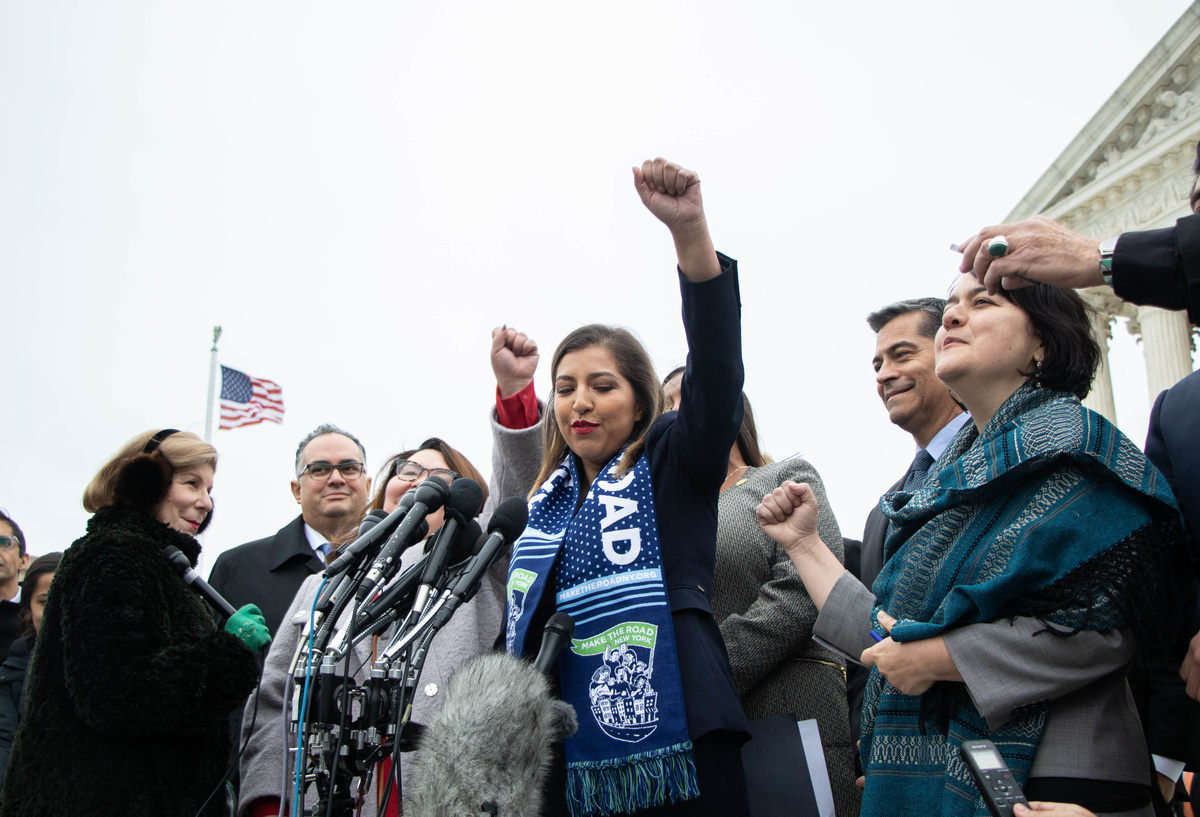 Eliana Fernandez, a plaintiff in the Supreme Court DACA case, holds up her fist in solidarity in Washington, D.C., on Nov. 12, 2019, after the Court heard arguments on the case. (Julia Nikhinson/The Diamondback)

It’s hard to believe that the University of Maryland, an institution that prides itself on being a global leader in diversity and inclusion, is in cahoots with U.S. Immigration and Customs Enforcement, an organization diametrically opposed to these ideals. Yet, when there’s a small population that will be harmed by such a contract, it’s not surprising that this university chose cash instead of principles.

This university has a choice to swiftly take action to protect its most vulnerable students, instead of stringing them along with indecision and poor communication. It’s time that all students, regardless of their documentation status, put pressure on this university to both end its current ICE contract and prevent any future contract renewals.

This university’s contract — worth up to $625,000 — is with the agency’s Homeland Security Investigations division. While HSI is an investigative division that doesn’t necessarily involve the deportation of undocumented immigrants, the very presence of this contract asserts that this university is willing to accept dollars in exchange for potential deportations and questionable “terrorism-related” research.

President Darryll Pines has stated that there appears to be little interest in continuing the contract, which expires in 2022, but until a definite decision has been made and a transparent statement is released, Pines’ past words don’t hold much weight.

This university’s contract with ICE doesn’t affect me directly and, statistically speaking, it probably doesn’t affect you either — there are about 120 DACA recipients at this university. Out of a total student body of almost 41,000, undocumented students make up a mere .29 percent of the population.

But it’s on all of us to ensure that undocumented students have the chance to live, study and work in this country, regardless of whether we’re personally connected to immigration policy. No matter if you’re undocumented or you know someone who is, this university’s relationship with ICE bodes poorly for all. It’s indicative that this university is willing to sell out not only its most vulnerable students, but any of its students.

The only way that the spotlight is pointed at issues like the ICE contract is if students who aren’t directly impacted by it speak out for those who are. Student groups including the Political Latinxs United for Movement and Action in Society are fighting against renewing the contract. PLUMAS is one of the loudest and most prominent voices on the campus supporting undocumented students, but they can’t be the only major organization or group of students working to end this university’s partnership with ICE.

Staff, students, and faculty can support groups like PLUMAS by listening to them and amplifying the work that they’re doing. It’s incredibly easy to sign a petition or share it on your social media. It takes minimal effort to fight for a cause so critically important.