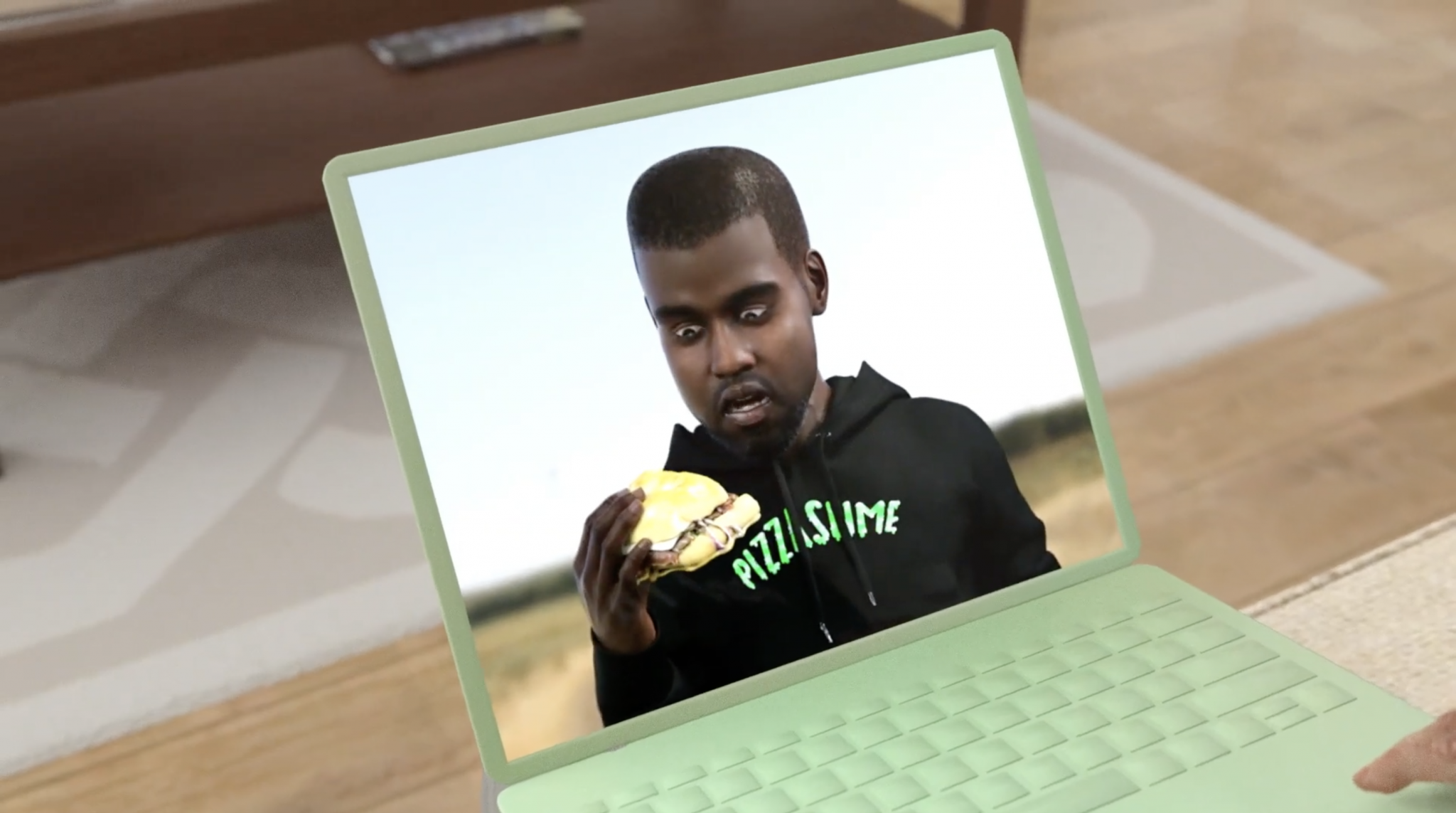 Although Pizzaslime’s entire brand is essentially one big meme (even its website, which is modeled after TMZ’s site with satirical article galleries and ads), it bluntly points out celebrity culture and media consumption. One of the parody articles on its site calls out its own collaboration with Crocs, which was a $300 shoulder bag.

Its new collection features a fashion show full of 3D-rendered celebrities as well as some non-famous avatars. Examples include an old lady wearing a “got fame?” T-shirt watching Kanye West eat a sandwich while wearing a Pizzaslime logo hoodie, Mark Zuckerberg wearing a “mentally dating Harry Styles” T-shirt and multiple parodies of Christian merch where the name “Jesus” is replaced with something related to “gossip.”

The T-shirts are as funny as they are sobering. They display society’s obsession with internet and celebrity culture, exacerbated by yellow journalism and platforms such as Twitter.

However, meme fashion is not new. It’s become somewhat mainstream, shown in multiple brands’ clothing and accessory releases over the years. Imran Potato serves as an example — from a creepy T-shirt with Teletubbies huddling to bootleg Louis Vuitton denim jackets, the brand has been worn by the likes of Billie Eilish and Kylie Jenner.

Now, Imran Potato has a merch collaboration with Utz; hoodies and t-shirts have chains on them with various Utz snacks as the pendants, furthering the brand’s creative meme status.

Most notably, Balenciaga released platform foam sandals that deeply resemble Crocs (embellishments and all), MasterCard-esque hoodies and items with a 2016 logo that were accused of being inspired by Bernie Sanders’ campaign. In reality, they were inspired by corporate life.

“One of the things we wanted to create was a logotype that gave a corporate vision, very vividly,” said Demna Gvasalia, the fashion house’s artistic director.

Vetements, a brand founded by Gvasalia, released multiple drawing shirts that are indistinguishable from preschool children’s art. They garnered a lot of attention and eventually sold out.

[Why are celebrities so weird about Judaism?]

Five years ago, unironically wearing shoes like New Balances would’ve been considered a fashion sin, but now everyone and their mom is rocking a pair. The Balenciaga Triple S is luxury fashion’s version of the dad sneaker and Gucci has hopped on the trend as well.

A large portion of internet communication is shared images and videos that sometimes don’t make sense to anyone, meme-savvy or not. So, it should be expected that various industries will follow — although not always successfully.

TMZ now reports breaking news, meme stocks have an economic impact and we live in a world where we trade memes as often as we used to trade Pokémon cards. It’s not a shock that fashion, a multi-billion dollar industry, would follow suit and capitalize off of these constantly evolving trends. And although memes come and go throughout the years, it looks like meme fashion is here to stay.