Maryland women’s basketball has found success with a versatile lineup 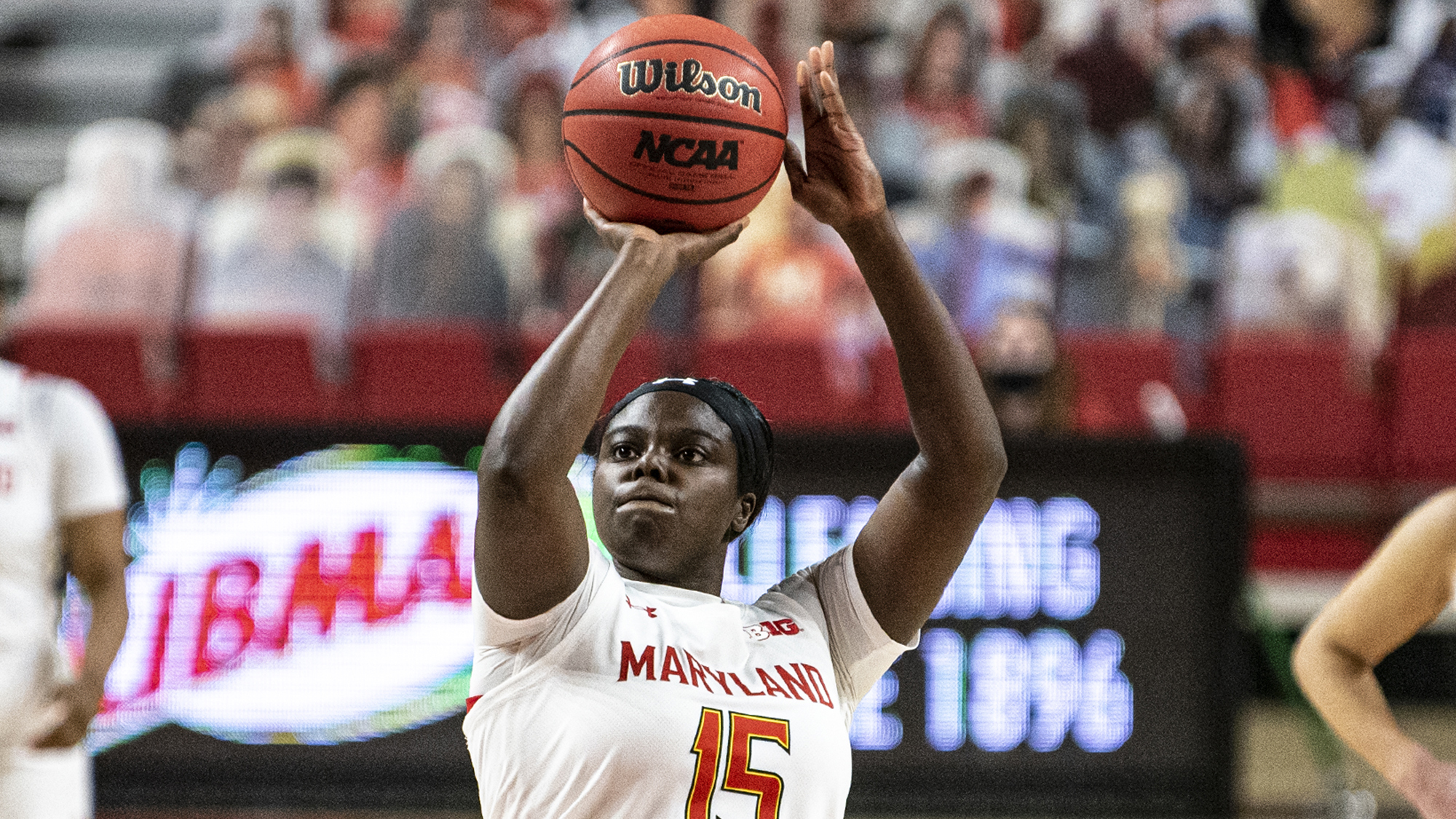 Maryland women’s basketball is an unconventional team. Point guard Ashley Owusu can often be seen calling for the ball from the post. Chloe Bibby and Mimi Collins — the team’s supposed inside players — both shoot a higher percentage from three than Owusu.

It’s an inverted style of basketball that’s been useful for the Terps this year, giving them offensive depth beyond what they’ve had in past years — and setting them up for future success.

“It’s really given us some really difficult matchups for teams to have to guard,” coach Brenda Frese said. “And then, I think the unselfish play that they’re able to do as well puts them in another category.”

Bibby plays like a guard, taking dribble handoffs on the three-point arc and firing away triples, just like she did against Illinois. Collins has found herself confidently draining shots from the midrange and beyond — especially during a 19-point outburst against Nebraska.

[Faith Masonius has been a powerhouse for Maryland women’s basketball]

Even Diamond Miller, who oscillates between being a guard and a wing, has an unusual role for her position, almost always taking the opening tip before games.

Then there’s Owusu, who defies the normal expectations of a point guard. With her imposing frame, she’s strong enough to bowl over defenders on the way to the hoop. She uses that strength in the post, overpowering smaller defenders down low.

Early in the second quarter against Illinois, she did just that, catching a pass and finishing between two defenders. She has grabbed six or more rebounds in each of the last three games and is fifth on the team in offensive boards.

“You just see just what a difficult matchup she is, when you talk about her scoring, her rebounding, her assists or playmaking ability,” Frese said. “Just the full package and I think that she’s just gotten really comfortable and confident being able to display all of her many talents.”

That versatility isn’t limited to the offensive end — it helps Maryland on defense as well. Its aggressive trap creates many turnovers, ones it uses to get out in transition. In those situations, it’s vital to have multiple players who can handle the ball effectively.

The Terps will need their press to be in full effect against Iowa, a team with a dominant guard in Caitlin Clark — perhaps the best player in the Big Ten.

And with their versatility, Frese thinks they have the pieces to keep Clark quiet.

“Our players are very comfortable in their switches and in their matchups,” Frese said. “We want to send waves at her, then I think it doesn’t tire just one player out.”