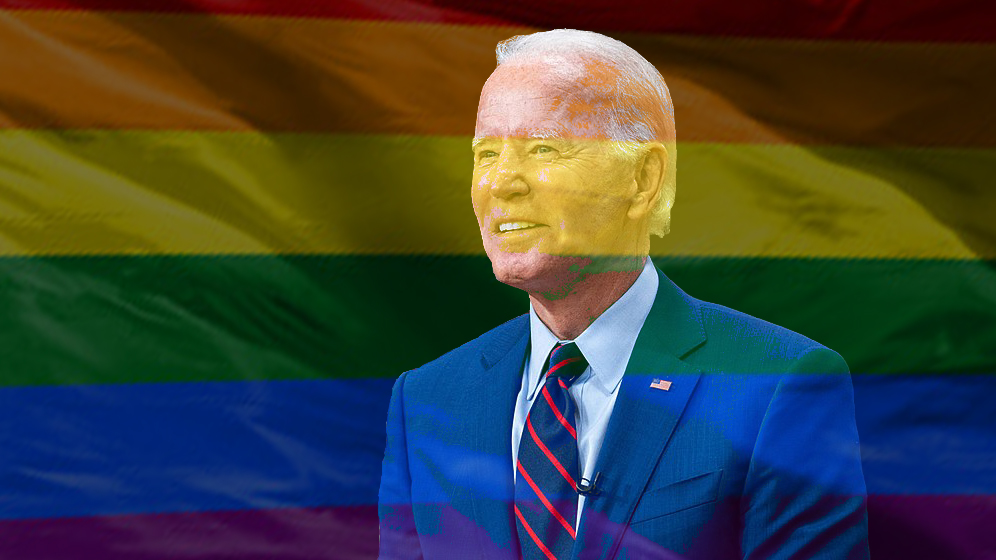 Last year, M Pease worked at a lab in the University of Maryland psychology building and as a resident assistant in Elkton Hall. However, neither location had gender-inclusive bathrooms.

As a nonbinary person, Pease would have to walk to a different building if they chose to use a gender-inclusive bathroom. Their supervisors were empathetic to their concerns but had little authority over the situation, they said.

“Having to use gendered restrooms as a nonbinary resident assistant was a bit uncomfortable for me personally,” said Pease, the co-chair of equity, inclusion and intersectionality for the student group LGBTQ+ Students and Allies in Public Health.

On his first day in office, President Joe Biden signed an executive order that provides protections for LGBTQ people against discrimination in schools, workplaces and health care. The order required federal agencies to update their anti-discrimination policies regarding gender identity and sexual orientation.

The move was expected, said Luke Jensen, this university’s LGBT Equity Center director, because Biden campaigned on supporting LGBTQ rights. But community members say the order itself is insufficient — more assistance is needed at the federal and university level for LGBTQ people to truly feel protected.

“An executive order is not the end all, be all of resolving systems of oppression,” said Pease, a junior psychology major. “But hopefully having an explicit statement that says this is an important topic … will have some sort of downstream effect.”

The order itself won’t make much of a difference in the state of Maryland or at this university, Jensen said. Both entities already have legal protections in place against workplace and classroom discrimination.

“This is a great step forward. But it’s just a step,” Jensen said.

A more impressive step, Jensen said, would be the passage of the Equality Act, which Biden promised while campaigning.

The Equality Act would provide explicit protections for LGBTQ people in the court of law in several areas, including housing, education, public space and employment. It would also reaffirm that the Civil Rights Act of 1964 includes members of the LGBTQ community.

While Jackson Devadas, another co-chair of equity, inclusion and intersectionality for LGBTQ+ Students and Allies in Public Health, said they thought the executive order would “uphold human decency,” they were also unsure it would give LGBTQ people substantive protections.

“This executive order just kind of taps into maybe how there needs to be a change in culture,” the senior biology major said.

Shayna Shor, who graduated in May with a degree in community health, recalled several instances in classes when some of her peers laughed and rolled their eyes when she shared her pronouns.

Sharing her pronouns is a habit, she said, and something she thinks is especially important in academic spaces. Although her professors did not join in on the laughter, they often did not address the issue, either, Shor said.

Since the start of July, there have been four reported bias incidents based on a person’s sexual orientation at this university, according to the school’s bias reporting dashboard.

Shor also thinks the executive order was a good start, but she said more education on LGBTQ identities is needed at this university.

Jensen also knows the importance of having a supportive culture — including one from the federal government. They lived through the 1980s AIDS epidemic, which caused their partner’s death, and it was “disheartening to see a government that just didn’t care enough,” they said.

“The national laws and state laws, the executive orders, the tone that comes out of the Capitol and out of the White House makes a real difference,” they said.

It is hard to predict how the executive order will help LGBTQ people, Pease said, but they hope “having something on the books as opposed to not having it explicitly stated” would encourage colleges to prioritize activism from LGBTQ students.

Devadas hopes there will be inclusivity for all members of the LGBTQ community. Often, they said, protections for LGBTQ people are “for a very particular subset.”

But if the inclusion incorporates Black, Indigenous and other queer people of color, Devadas said they are “all for it.”

Students at the university emphasized, though, that more action is necessary before LGBTQ students feel protected.

“I’m definitely not trying to say this executive order isn’t a good thing,” Shor said. “I just want to make sure that it’s the beginning of so much more work that needs to be done.”