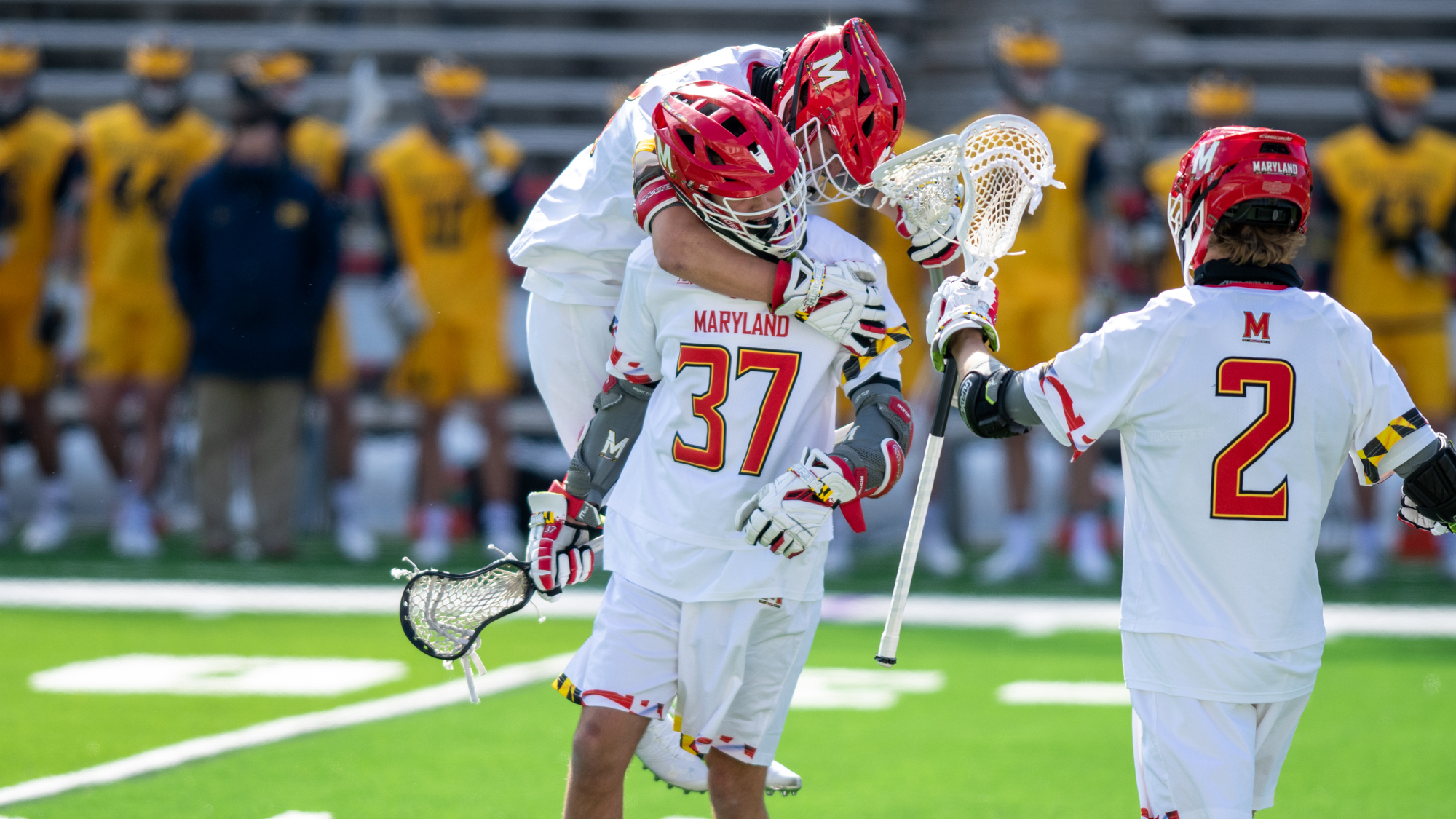 Attackman Jared Bernhardt received a pass near midfield, turned to his left and fired 25 yards across the field to midfielder Bubba Fairman, who dumped it in for his first goal of the season.

The seniors’ rapport was a familiar sight for Maryland men’s lacrosse fans, now playing in their fourth season together. Fairman’s goal was the 15th of the game for Maryland, which flexed its offensive firepower in the season opener against Michigan.

The Terps scored five goals in each quarter Saturday, helping them to an easy win over the Wolverines, 20-9.

Their 20 goals were the most ever for Maryland in a Big Ten game and the most in a conference game in 38 years.

“I’m very proud of how they played, especially in the first 45 minutes,” coach John Tillman said. “We had a lot of guys doing a lot of things for us. Offensively, sharing the ball. Defensively, guys sliding and recovering.”

Just 40 seconds into the game, midfielder Kyle Long charged along the left sideline and tossed an unassisted goal into the back of the net. Then, a scoring drought of more than seven minutes ensued, which was eventually broken up by Michigan’s Josh Zawada.

Maryland continued to pour shots on goal during the drought, including one fired by transfer attackman Griffin Brown that ended up in the stick of Wolverine goalie John Kiracofe.

Following Brown’s miss, the goals started flowing for the Terps. Long added his second goal of the afternoon, attackman Daniel Maltz nicked a goal off of slick feed from Anthony DeMaio and midfielder Logan Wisnauskas added the first two of his 3 goals to end the first quarter, giving Maryland a 5-1 lead heading into the second.

An extra man goal brought Michigan within three. But the second quarter was dominated by the Terps from then on.

Wisnauskas turned and fired a 15 yard strike to secure his first hat trick since March 7 of last year. Maltz joined Wisnauskas with three goals of his own in the second, two of which came on the power play. And the Terps coasted into the half, taking a commanding 10-2 lead over the Wolverines.

The second half offered much of the same. Bernhardt needed less than two minutes to open his account for the year, collecting a feed from DeMaio and finishing for an 11-2 lead. And Maryland continued to roll from there. Bernhardt added a second in short order off a solo effort, sweeping around the back of the cage and flicking a lefty shot into the net.

Michigan pulled one back for its first goal in almost 18 minutes, but could do little to break the one-sided nature of the contest. Jack Koras added his first goal as a Terp, followed by a finish from DeMaio — as well as Bernhardt’s wonderful feed to Fairman — and Maryland had put the game away.

“When you see those plays, those become energy plays,” Tillman said. “Those become those kind of momentum plays that kick start you…and our guys do feed off that.”

The Wolverines showed more fight in the fourth, outscoring the Terps 6-5 in the period. Still, the home side seldom looked under any serious pressure. The goals kept coming, and with just over four minutes to play, Maryland scored its 20th goal of the contest.

And as the clock ticked down, the Terps were left celebrating a dominant offensive performance to open the season — one in which their offense looked every bit the high octane machine it was billed to be.

“I’m very happy for our guys,” Tillman said. “The kids had been through a lot over the past 11 months or so. To see them out there again as a team competing for Maryland, in their uniforms, was awesome to see.”