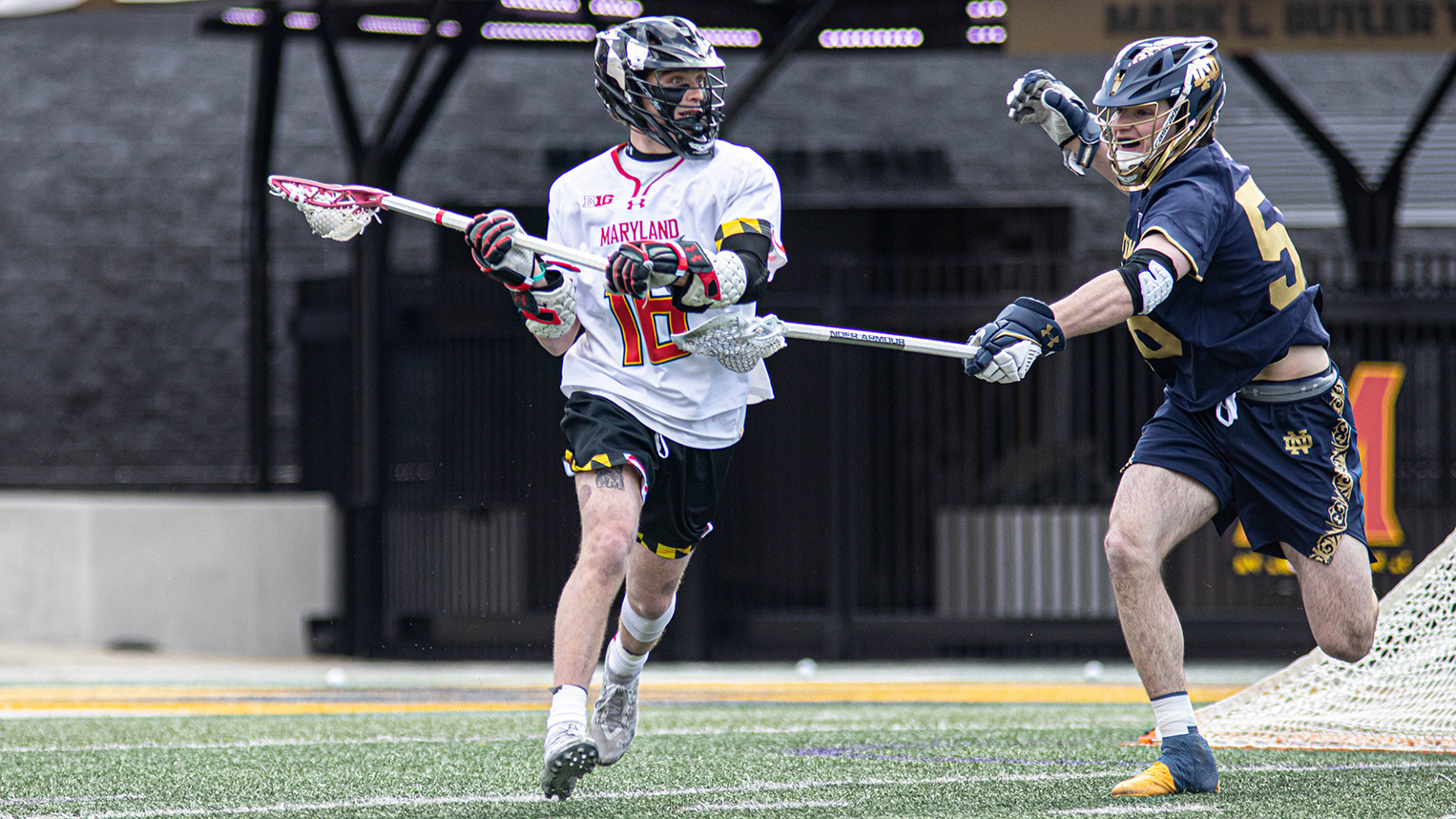 With his second goal in Maryland men’s lacrosse’s game against Albany last March, attackman Jared Bernhardt moved into fifth all-time in goals for the Terps.

Unbeknownst to Bernhardt and his team, the 14-13 victory would be Maryland’s last game of 2020, and for Bernhardt, potentially the last of his career.

And so began an extra-long offseason for the Terps. Bernhardt announced his intent to play Division II football in May, and coach John Tillman began working to fill his void — including by signing graduate transfers Eric Holden and Griffin Brown.

Then in December, Bernhardt announced he would return for a fifth and final season, and the Maryland roster began to look more like years past. In addition to the prolific goal scorer, the Terps will return every player that scored at least two goals last season, making the No. 5 team in the country also one of the most experienced.

“Returning the guys that we have has been a big plus, because there’s a lot of guys that have been around,” midfielder Roman Puglise said. “Having that leadership, having the old guys, it’s different.”

Tillman’s squad will play a 10-game, conference-only schedule, seeing each team in the Big Ten once at home and once on the road.

Every team in the conference is ranked or received votes in the Inside Lacrosse 2021 Media Poll. Though Maryland played no games against Big Ten opponents last season, the team went a combined 8-5 within the conference in 2018 and 2019.

Along with experience, the Terps are happy to have versatility at the top of the lineup card and the ability to move players around from game to game. Senior Anthony DeMaio, who can play both attack and midfield, said he believes that gives Maryland an advantage.

“It’s really important to have six-to-10 guys that can play multiple positions,” DeMaio said. “I think that we have that, it makes us harder to scout, and we’re just more dynamic because of it, and that’s something that we pride ourselves on.”

DeMaio and Bernhardt are the only players on the roster that remain from the 2017 national championship team. And on Jan. 22, Maryland lost some coaching experience from that team when offensive coordinator J.L. Reppert accepted the head coaching job at Holy Cross.

Tillman quickly pursued a replacement that could begin the season with Maryland — and he didn’t go far to find him, hiring Johns Hopkins offensive coordinator Bobby Benson.

Benson spent 14 seasons with the Blue Jays, bringing a wealth of knowledge of Big Ten lacrosse and about the veteran leadership that exists on Maryland’s offense.

“The opportunity to get coach Benson I thought was just a wonderful opportunity,” Tillman said. “He’s been in the league, right now our schedule is league centric. He has a lot of familiarity not only with our team but the other teams we are going to play.”

Tillman sought experience among the transfers he signed in the offseason, with Maryland’s transfers combining for nearly 300 points over nine seasons elsewhere.

The coaching staff hopes the seasoned transfers — mixed with nine new freshmen — will make a smooth transition to life in College Park.

Still, no matter who’s taking the field each weekend, the Terps’ high-powered attack is expected to be a force in the league, with five Inside Lacrosse preseason All-Americans on offense.

It’s just a perk that those five players have played together for three seasons already.

“We’re used to playing with each other,” DeMaio said. “That definitely gives us a little bit of a boost.”