After biding her time on the bench, Sam Burgio has been a spark for Maryland volleyball 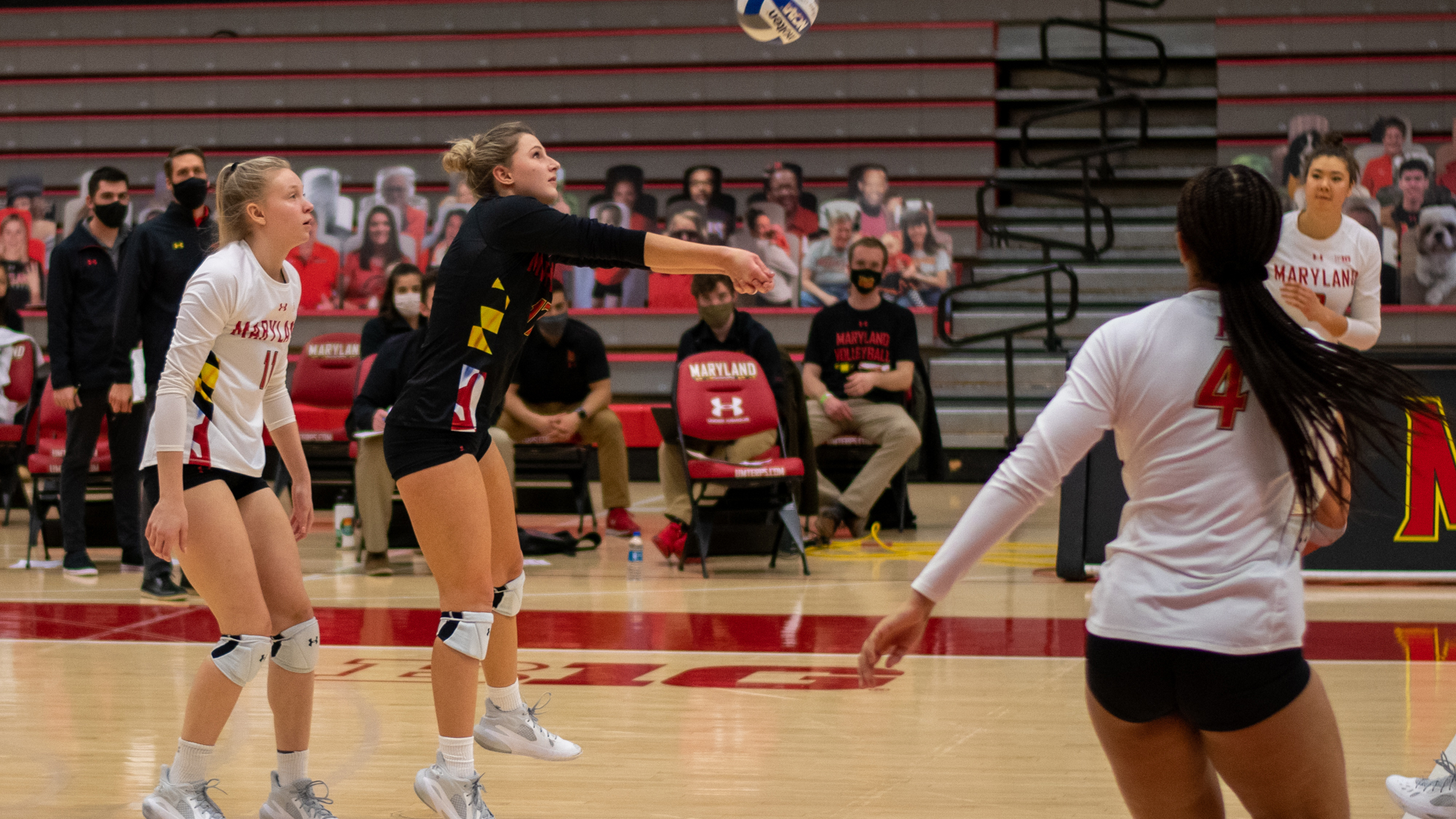 Late in the first set of action in Maryland volleyball’s 3-1 loss to Michigan State on Saturday, a Nicole Alford serve was handled in the back row by a Spartan defender, lobbed high into the air by setter Celia Cullen and pummeled back across the court by outside hitter Biamba Kabengele.

With the ball rocketing back at the Terps, it seemed as though Kabengele and the Spartans had grabbed a momentum-shifting point to retake a late-set lead. However, Maryland libero Sam Burgio had other plans.

Burgio dropped to her knees and absorbed the blow of the kill attempt, popping the ball back up into the air to middle blocker Rainelle Jones, who set up Jada Gardner.

It was one of many big-time digs for Burgio that evening. Burgio, who finished with a team-high 16 digs in the loss, has shown her prowess on the defensive end for the Terps this season, leaving her tied for second in the Big Ten with 4.29 digs per set.

[After a sluggish start, Maryland volleyball couldn’t find its rhythm versus Michigan State]

Burgio, who set her career high of 25 digs earlier in the season in a loss against Ohio State, has been a model of consistency for a Maryland team still in search of its first win of the season.

“When I did get this opportunity this year, I mean I have nothing to lose,” Burgio said. “I’m just going to go after every single ball I can get and do [my] best.”

And while now serving as the anchor for Hughes’ squad, Burgio’s journey wasn’t that simple.

“She got a few starts early on in her career, and then the last year and a half she was kind of a three-rotation player for us,” Hughes said. “She really embraced it.”

Burgio, who began her Maryland tenure in a featured role as a freshman in 2017, began gradually seeing less playing time as Hughes shifted his rotations.

However, Burgio’s role coming off of the bench in previous seasons has helped her grow into the steadfast leader the Terps have leaned on this season.

“I feel like my best season was probably my sophomore and junior year,” Burgio said. “Just because not playing allowed me to get a better sense of the court.”

For Burgio, feeding off her teammates’ energy has been crucial in her success at the libero position this year.

“We also have a really solid block, so especially watching Rainelle and Kara go up [for] every single ball, I want to do everything I can,” Burgio said. “I know they’re working their butts off, so I’m going to do the same.”

So, while the Terps are without a win, Burgio’s consistent production has kept them in contention amid a challenging Big Ten.

And her coach knows it.

“I’m really proud [of her],” Hughes said. “She’s come a long way, and she deserves all the credit she’s getting right now.”