After a sluggish start, Maryland volleyball couldn’t find its rhythm versus Michigan State 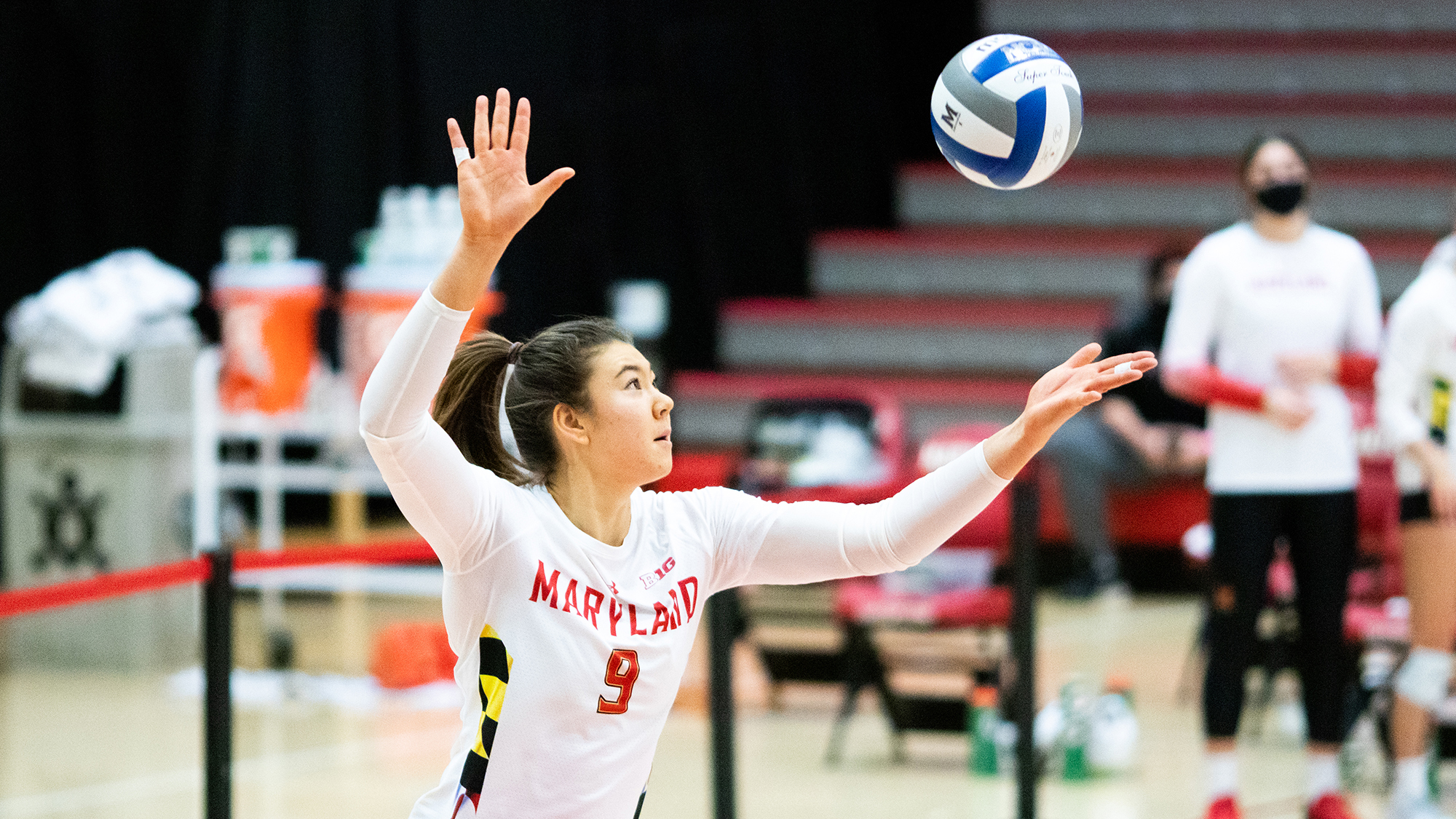 After a stifling block by middle blocker Rainelle Jones helped fight off a Michigan State set point, Maryland volleyball looked primed to snatch the first set of action against the Spartans after point deficits of as many as seven in the frame.

But late-set miscues foiled the Terps’ comeback efforts, as a Michigan State tip slipped past Maryland’s defense and put the Terps right back on the brink. One errant Erika Pritchard spike later, coach Adam Hughes’ squad was back in a familiar position: trailing a Big Ten opponent after a sluggish start.

“I thought we started a little bit slow,” Hughes said. “We crawled our way [back] and had a chance … You turn those two or three points, and we could’ve been up in the match 2-0 and feeling really good about ourselves.”

In Hughes’ eyes, self-inflicted wounds late in sets prevented his team from notching its first victory of the season.

“We didn’t execute in crunch situations, and that’s gonna be the difference in three deuce games,” Hughes said.

After bouncing back from its first set defeat with a comfortable second frame victory, Maryland’s late-set woes reemerged in a highly competitive third set.

With the Spartans clinging to a slight advantage late in the frame, two straight Pritchard kills — followed by a solo block from the senior captain — brought the third set well within reach.

Yet, the Terps’ defense staggered to the finish line once again. A spinning Spartan serve bounced awkwardly off of Hailey Rubino’s arms, giving the Spartans a chance to put the set away.

And despite another service ace from Pritchard, Michigan State proved too much to handle late, claiming a back-and-forth third set with a cross court kill that ricocheted off of Sam Burgio’s fingertips.

“We’re still not quite there yet, I think we’re still disappointed,” setter Nicole Alford said. “There [were] a few points that we left there on the table.”

In a season of highly competitive conference-only play, miscommunication and mistakes have been costly for the Terps.

Now 0-8 on the season, Maryland has been defeated in 11 of its 24 lost sets by just five points or fewer.

Still, Hughes and the Terps aren’t making excuses. No matter how close their sets have been over the course of the season.

“[The match was] kind of a back and forth event all the way through, and it’s gonna come down to who makes a play,” Hughes said. “I thought they made just a few more than we did.”