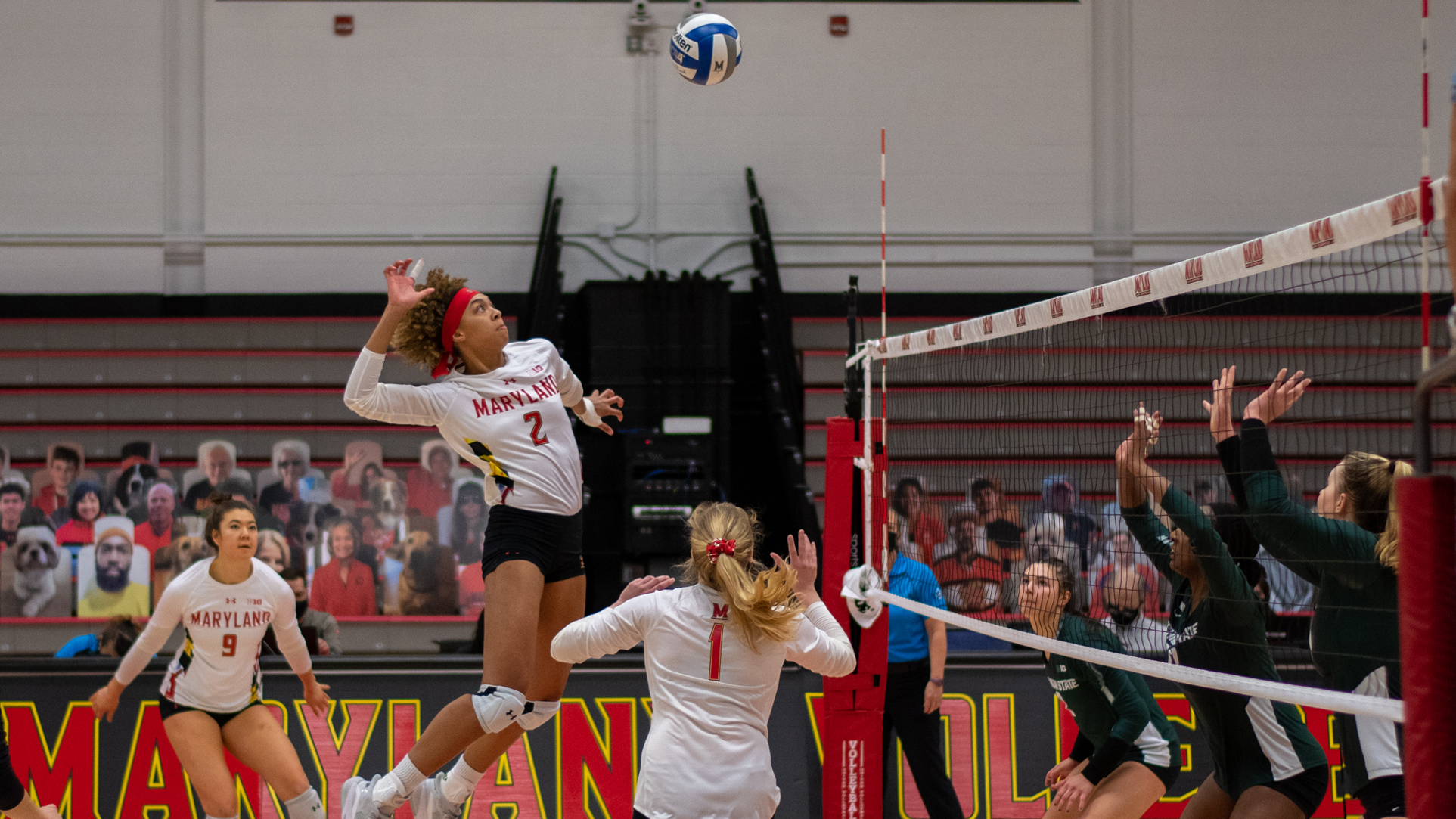 After back-to-back losses to Michigan State at home last week, Maryland volleyball fell to a dismal 0-8 on the season, its worst start in program history.

This weekend, the Terps will face another tall task — a two-match road trip against Michigan, which picked up its first victory of the season on Wednesday against the Spartans.

The Wolverines wreaked havoc on Michigan State in their midweek matchup, accumulating 54 kills with a .201 hitting percentage to dismantle the Spartans in four sets, just days after Michigan State defeated Maryland in College Park on consecutive evenings.

And the Terps are wary of the threat their hosts might pose, despite their similarly underwhelming record.

“Michigan is one of the better passing teams in the Big Ten — they’re notorious for that,” coach Adam Hughes said. “They’re a really good ball control team, and they always have a very good libero.”

[After biding her time on the bench, Sam Burgio has been a spark for Maryland volleyball]

Michigan’s victory over Michigan State proved to be a complete team effort, with three Wolverines pitching in double-digit kills in the evening. Preparing for the Wolverines’ depth will be paramount in the Terps’ hopes for an upset bid, Hughes said.

“They don’t necessarily give you a person to go after. You kinda have to go after different seams and be able to adjust,” Hughes said. “One of I think our focal points is to move the ball around and not be predictable.”

But the Terps might not have all that much film to work with.

Due to COVID-19 concerns within Michigan’s athletic department, the Wolverines were forced to postpone their first six matches of the 2021 season, leaving opponents guessing what schemes Michigan may run as it returns to the hardwood.

“The downside [of only having a few games of film to watch] is there’s not a lot there to know,” Hughes said.

For Hughes, reflecting on trends from previous battles with the Wolverines has been crucial in priming his team for their upcoming matchup.

“[Michigan] is always known for running a really good back row attack. I’m positive we’ll see that, that’s just something that they always have done,” Hughes said.

In spite of this unique set of challenges, Hughes and the Terps have remained focused throughout the week as they gear up for yet another conference showdown.

“The tone has been really intense,” libero Sam Burgio said. “Because I feel like one of the things we’ve lacked before is our communication, so that’s been a priority for us.”

And although their battle with Michigan will be yet another uphill climb, Burgio and the Terps are looking forward to the challenge of battling yet another elite volleyball program.