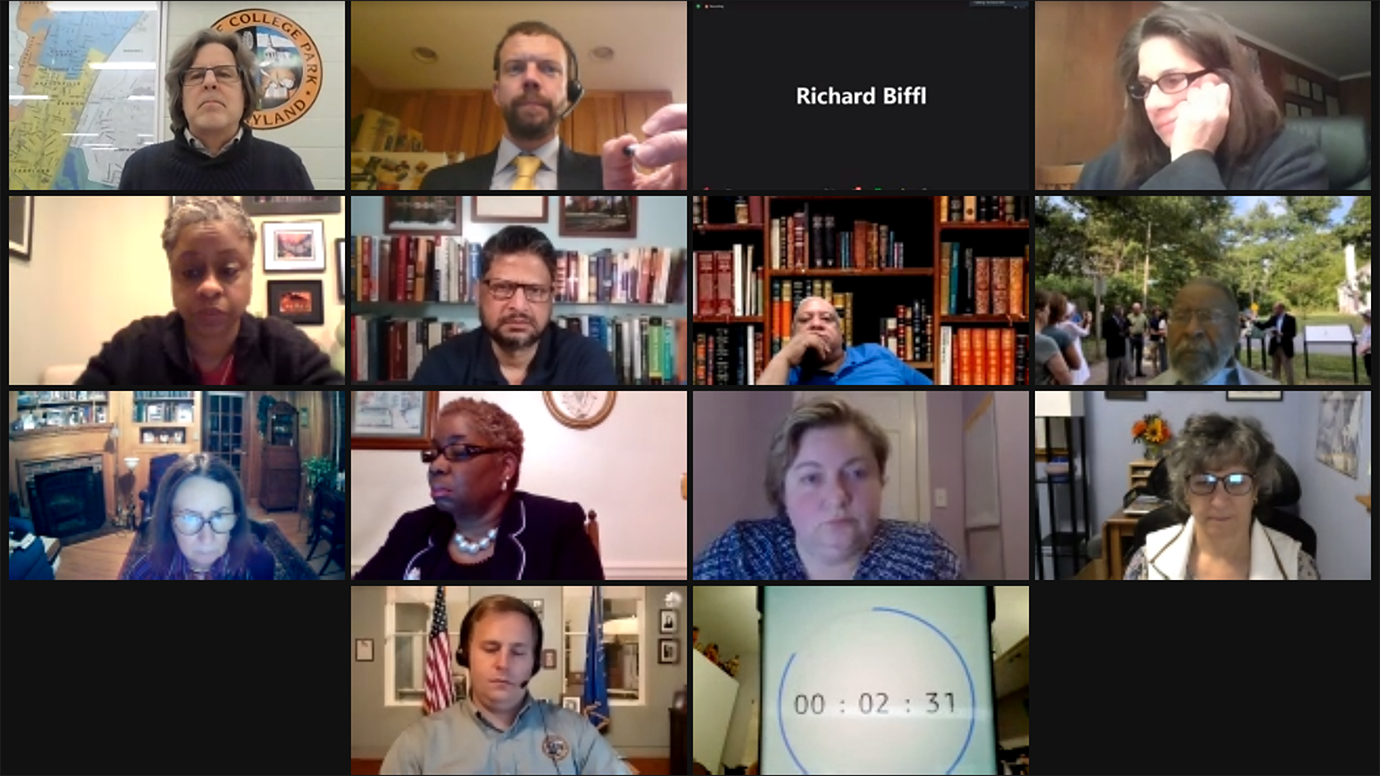 The College Park City Council unanimously approved a steering committee Tuesday designed to approach restorative justice as it relates to Lakeland, a historically Black neighborhood in the city. The committee will plan and create the city’s official Restorative Justice Commission.

The council discussed the committee with members from the Lakeland Civic Association and Lakeland Community Heritage Project during a work session Feb. 2. The establishment of the steering committee comes eight months after the council formally apologized for its role in the displacement of about two-thirds of the neighborhood community in the 1970s and pledged to “aggressively seek opportunities for restorative justice.”

The steering committee will recommend the composition, size and term of commission members; draft a proposed timeline and framework for the commission; and identify resources and facilitators the council should consider to secure a successful outcome.

Mayor Patrick Wojahn brought up the possibility of education and training for individuals within the commission so they’ll have a better understanding of the concept of restorative justice.

The steering commission would also likely budget the funds to acquire a facilitator for the commission, said Bill Gardiner, interim city manager.

City staff suggested the steering committee should be made up of no more than 10 people, recommending that members of the steering committee include representatives from the Lakeland community, city residents outside of the Lakeland community, representatives from the Mayor and Council, a former Lakeland resident and an individual experienced with restorative justice processes, according to city documents.

The council discussed having a monthlong period of applications and nominations for positions on the steering committee. City Clerk Janeen Miller suggested closing the period Mar. 2, to allow the council to review applicants and select them at the council meeting the following week.

Gross asked the council to consider allowing the maximum number of Lakeland residents possible and broadening their pool of representatives from College Park. For example, she suggested, it could include someone from the University of Maryland community.

Former Old Town College Park resident Richard Biffle came to the council with some of his critiques of the way it is approaching the process. He asked the council to look into all historical factors that led to the displacement of Lakeland residents.

“I think the city was very hasty in declaring that it had racially oppressed the Lakeland neighborhood,” Biffle said. “That’s a serious charge, and it’s something that definitely should be investigated.”

Biffle said many people wanted to help the Lakelanders at the time and the council should be careful to not create the image of an extreme racial rift that existed in the ’60s and ’70s. Looking more into the history would help them create better policies in the future, he said.

Wojahn said spreading the word of the application in the short timeframe should be the priority, with the help of staff.

“I would like to do this quickly and nimbly, but also be thoughtful and make sure we’re thorough,” Wojahn said. “So there’s a balance we need to strike here.”