Maryland volleyball is determined to move past 0-6 start 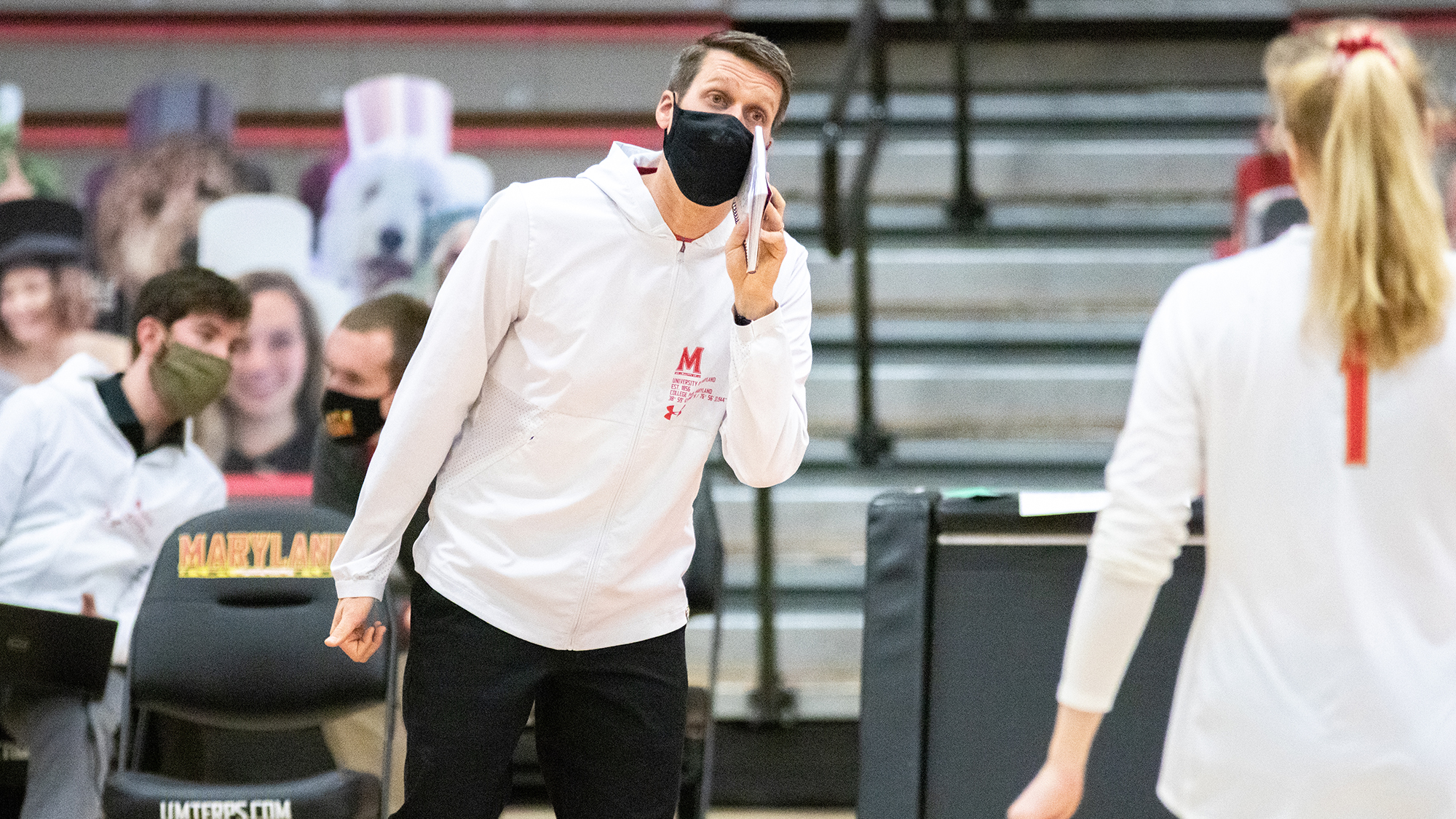 Maryland volleyball coach Adam Hughes during the Terps' 3-0 loss to No. 7 Minnesota on Jan. 29, 2021 at Xfinity Pavilion. (Julia Nikhinson/The Diamondback)

Following Saturday’s 3-0 defeat to Nebraska, Maryland volleyball fell to 0-6 on the year, one of only two teams in the Big Ten without a win three weeks into the 2021 season.

And while the Terps haven’t played to the level they strived for in the offseason, Maryland’s schedule has been unrelenting. After opening the season with two close five-set losses against Ohio State, the Terps had to play doubleheaders against No. 7 Minnesota and No. 4 Nebraska, two teams firmly in contention to make a Final Four run.

But Maryland isn’t making excuses — instead, it’s ready to score in the win column.

“We’ve had the hardest slate opening up in the Big Ten,” setter Nicole Alford said. “And that’s not an excuse. I think that there’s a potential that we could’ve been 6-0, and I think we know that.”

[No. 4 Nebraska cruises past Maryland volleyball in straight sets, 3-0]

Despite their uncompromising opening slate, the Terps have indeed shown flashes of high-level volleyball. On Friday, Maryland was down multiple set points against the Cornhuskers — but the team fought back to take the set, the first time Maryland has snatched a frame from Nebraska since 2015.

“I think that [this road trip] was an eye-opener to how good we can be and the potential that we do have,” libero Sam Burgio said. “We know that we can play and hang in with these teams.”

Coach Adam Hughes echoed Alford’s sentiment of just how brutal his team’s opening slate has been throughout three weeks of Big Ten play.

Playing two of the first three doubleheaders on the road was a daunting task in its own right: The team had to adapt to strict COVID-19 protocols as it traveled around the country.

“With COVID, [travel] presents some challenges,” Hughes said. “Travel is not easy this way.”

Despite the numerous punches thrown at Maryland, Alford and the Terps aren’t excusing their losing streak — instead, they’re choosing to learn from their struggles as they move forward this season.

“I think we’re using [those challenges] as fuel going into this next slate of the Big Ten,” Alford said. “So if [people] think that the Terps are out of this season, they’re just wrong.”