Maryland volleyball faces another tough test at No. 4 Nebraska 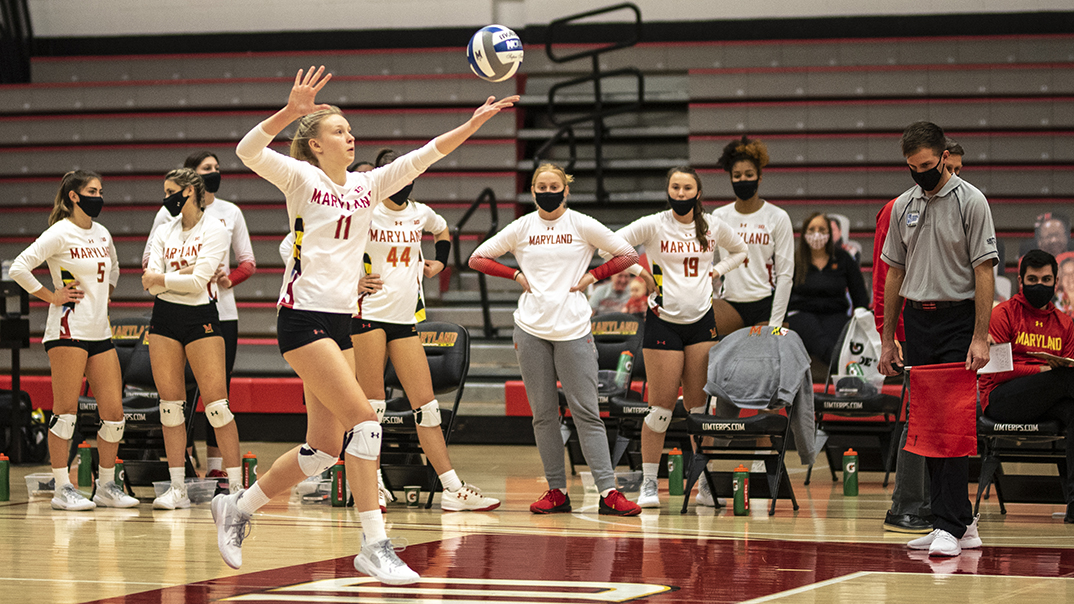 In the midst of a truncated season of Big Ten-only play, Maryland volleyball has been forced to navigate through a schedule packed with elite programs.

Last week, the Terps were swept off their home floor in back-to-back matches against No. 7 Minnesota, dropping the team to 0-4 on the season.

And their schedule doesn’t seem to get much easier.

This weekend, Maryland will hit the road to take on No. 4 Nebraska, a stellar squad with championship pedigree. The Terps are aware of the physical threat the Cornhuskers pose.

“Preparing for hitting high hands … is gonna be a big key for our game,” middle blocker Rainelle Jones said.

Nebraska, led by outside hitters Lexi Sun and Jazz Sweet, opened its season with two sweeps of its own, running over Indiana in straight sets on back-to-back nights to set the tempo for its campaign.

In the two matches against the Hoosiers, Sun combined for 22 kills and five aces. And after the Cornhuskers’ contest against Northwestern was postponed due to COVID-19 concerns, they’ve had ample time to prepare for Maryland.

“It’s also more difficult because they’ve only played two matches,” outside hitter Rebekah Rath said. “There’s less film for us to go off of, so while we have an idea of some things they’ll do, we also will just have to wait and see how they adjust to us.”

As the Terps prepare to face Nebraska in hopes of an upset bid, the team will need to rely on sizable contributions from their veterans, including Rath.

Rath set a career high in kills last week against the Golden Gophers and has evolved her game, blossoming into a leader who coach Adam Hughes and her team need as Maryland continues to face increasingly formidable opponents.

“I’ve tried to shift my game more to making less mistakes and errors,” Rath said. “I try to be really supportive to all my teammates, let them know what shots they have open … I make sure I have their backs and then be very communicative.”

Rath and the Terps aren’t backing down from the immense challenge of playing against a stacked Cornhuskers lineup.

“We’re fighting,” Rath said. “We’re gonna play the same whether we’re up by 20 or down by 20, so we’re always focused on … the things that we can control, to put up our best showing against Nebraska.”

[Despite loss, Nicole Alford showed out for Maryland volleyball against Minnesota]