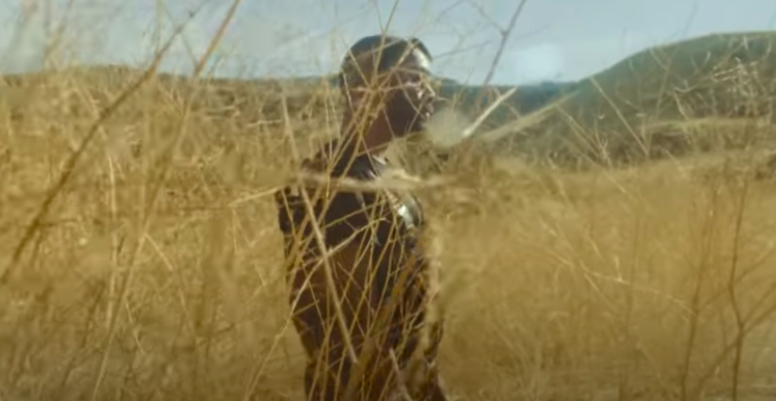 JPEGMAFIA in the music video for 'FIX URSELF!' (Screenshot via YouTube)

JPEGMAFIA returned with another single Friday, the first new music from the rapper-producer in 2021. He also reaffirmed the promise that his aptly-named EP, EP2!, is on the way. I started listening to JPEGMAFIA after the release of his third studio album All My Heroes Are Cornballs in 2019, and although I didn’t fall in love immediately, his brand of experimental hip-hop has quickly become some of my favorite music. Now, I think he’s finally hit his stride.

The rapper, nicknamed Peggy by his fans, claimed all writing and producing credit on the new track. It’s not only his standard but also a testament to his creativity. Case in point: He began the first verse with, “I’m alone, I’m at my best.” The song is truly one of Peggy’s best, cementing a more refined direction for his music while still staying true to his persona and past work. It’s lowkey, it’s catchy and it’s fresh.

During a time when every day starts to feel the same and meeting new people and going to new places is difficult, I crave novelty. Peggy has delivered throughout the pandemic, dropping track after track of brilliance. He released a handful of singles throughout 2020 that introduced new voices into his music, including collaborations with Denzel Curry and Tommy Genesis. He dropped EP! on streaming services in December, which collected some of these singles as well as a new one. Each song has proven more focused, and “FIX URSELF!” is a culmination of a new, restrained style.

[Does ‘The Bachelor’ pass the Bechdel test?]

The track effortlessly combines older instrumentation such as horns and a marching band-style snare with new age sounds such as resonant synths and highly autotuned vocals. It’s conservative for a JPEGMAFIA track, but it succeeds in balancing an experimental sound and remaining agreeable to casual listeners. The verses deliver clever lines well within his usual repertoire, confrontationally talking about fake people while giving love to his fans. Memorably, he raps, “I love my baby like Trump loves Putin, in the deepest way.”

Lyrically, he’s faithful to his typical flow, but this single really outlined how far he has progressed in his production. His first several projects debuted an unbound Peggy who rampaged through the studio, bitcrushing, distorting and screaming. The latest EP and single show Peggy at his most palatable. Although some hardcore fans may miss the sheer ambition displayed in earlier projects, I doubt it’s gone forever — the foundations in his songwriting remain similar.

This new evolution in his discography marks not only a musical change of pace during the pandemic, but also a great introduction to experimental hip-hop. Much like how pop has recently made room for hyperpop acts such as 100 Gecs and A.G. Cook, hip-hop has created a space for experimental music near the mainstream. JPEGMAFIA, Danny Brown and Death Grips are some of the biggest names in this subgenre.

Many, including Peggy, were inspired by the groundbreaking music of Kanye West and the late rapper MF DOOM, who created abstract hip-hop that birthed rappers such as Earl Sweatshirt. Sampling plays an important role in hip-hop as a whole, but especially in the music of Kanye West and MF DOOM. West is known for his soul samples and DOOM for his jazz samples. Peggy frequently samples not only older music but newer music, video games and TV shows. Sampling has even crossed into other genres, from artists such as Madonna to the alternative duo Phantogram.

Never one to follow any conventions or give into the pressures of the music industry, Peggy refuses to follow a normal release schedule. “FIX URSELF!” arrived alongside a continued promise of a second EP. Another artist might have just released an album with all the songs from the two EPs together, but not Peggy. And I wouldn’t have it any other way.

In the song’s second verse, Peggy claims to shoot for the stars. He’s nearly hit them, and I can’t wait to see what he accomplishes on EP2!.