Stop coming up with exotic names for American food 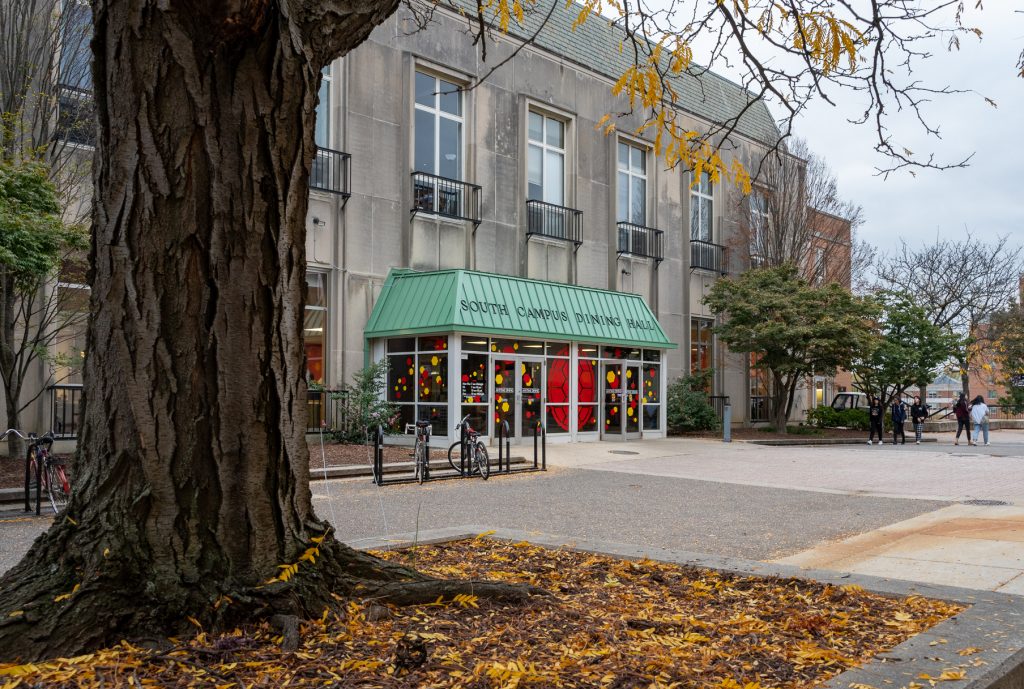 What is Shanghai Beef?

Since I first saw this item on the North Campus Diner’s menu last fall, this question has plagued my zoned-out, waiting-for-Zoom-class-to-start moments. At first, I thought maybe it was a specific type of food that’s unique to Maryland. Or maybe it was some sort of Chinese-American food I’d never heard of before. Maybe it was just Chinese?

But none of my friends had heard of Shanghai Beef outside of the University of Maryland’s dining halls, either. And a quick Google search showed that the closest thing a Chinese-American restaurant had was Panda Express’ Beijing Beef.

It was pretty clear to me this dish was in no way related to the city of Shanghai. On the surface, this entree was clearly just super thinly sliced meat (according to the school’s nutrition facts, “Beef Philly Steak”) drenched in a sweetish brown sauce (apparently Worcestershire sauce). Shanghainese chefs probably would not claim something with ingredients from Philadelphia and Worcester as Shanghainese.

But on a deeper level, my question remained. Maybe Shanghai Beef isn’t an actual dish anywhere except at this university. Maybe it’s just something Dining Services invented for the Asian Barbeque section.

So what did Shanghai Beef say about the dining halls and how we name our food? Maybe it says “We’re trying to copy Panda Express.” Or, maybe it says something about the importance of names in how we think of people.

The United States has a culture of misattribution that can’t take credit for its own work. There are so many American foods that we gladly pretend belong to some other culture, like General Tso’s chicken, which was invented by a Taiwanese-American chef who introduced his dish in New York. Yet the name of the dish conjures images of a Chinese version of Colonel Sanders, not a New Yorker. It’s as American as fried chicken and pizza, so why do we still consider it a staple of Chinese food?

When we exoticize food, we deny the uniqueness of American cuisine. Our food is more of a melting pot than our communities are. While there’s certainly value in remembering what and where a food may have originally evolved from, new takes and combinations are what makes American food special.

French fries and hamburgers are perfect examples. French fries refer to where American soldiers first encountered the food in French-speaking Belgium, while hamburgers originated from German immigrants (and you know, Hamburg, Germany). Even though the names of these foods are rather clear about their sources, they’re also ubiquitously American.

When we don’t exoticize food — when we don’t consider french fries as Belgian (or French) and hamburgers as German, but instead fully claim their Americanness — we allow the food to enrich our culture. However, when we exoticize our creations, such as thinking of General Tso’s chicken as Chinese or chimichangas as Mexican, we remove them from our perception of what America is.

In turn, the lack of representation of certain foods when we think of American cuisine contributes to an unrepresentative perception of Americans. And that’s a big problem for our multicultural society. How do we learn about each other and reap the benefits of diversity when our cultural intricacies are not considered truly American?

Beyond this, Dining Services has an additional incentive to be careful of not exoticizing its menu. Each section of the dining halls has its own food culture type, which I assume is meant to be educational and reflect a multicultural campus. However, exoticizing their Worcestershire sauce-soaked Philly cheesesteak meat goes directly against this whole idea of teaching students about each other, especially when it’s incorrectly making cultural determinations.

University of Maryland Dining Services should be wary of compounding on this issue. I hope they take credit for their work and change the name of Shanghai Beef. Maybe name it after the chef who invented the recipe, someone’s dog or even make up a word. It’s okay to try to be fun and give food creative names, but they must be careful that doing so doesn’t implicitly tell students who should and shouldn’t be considered a normal American.

Jessica Ye is a freshman mechanical engineering and government and politics double major. She can be reached at jye1@terpmail.umd.edu.

CORRECTION: Due to an editing error, a previous version of this column stated that the creator of General Tso’s chicken, Peng Chang-kuei, was Taiwanese. He was Taiwanese American. This column has been updated.