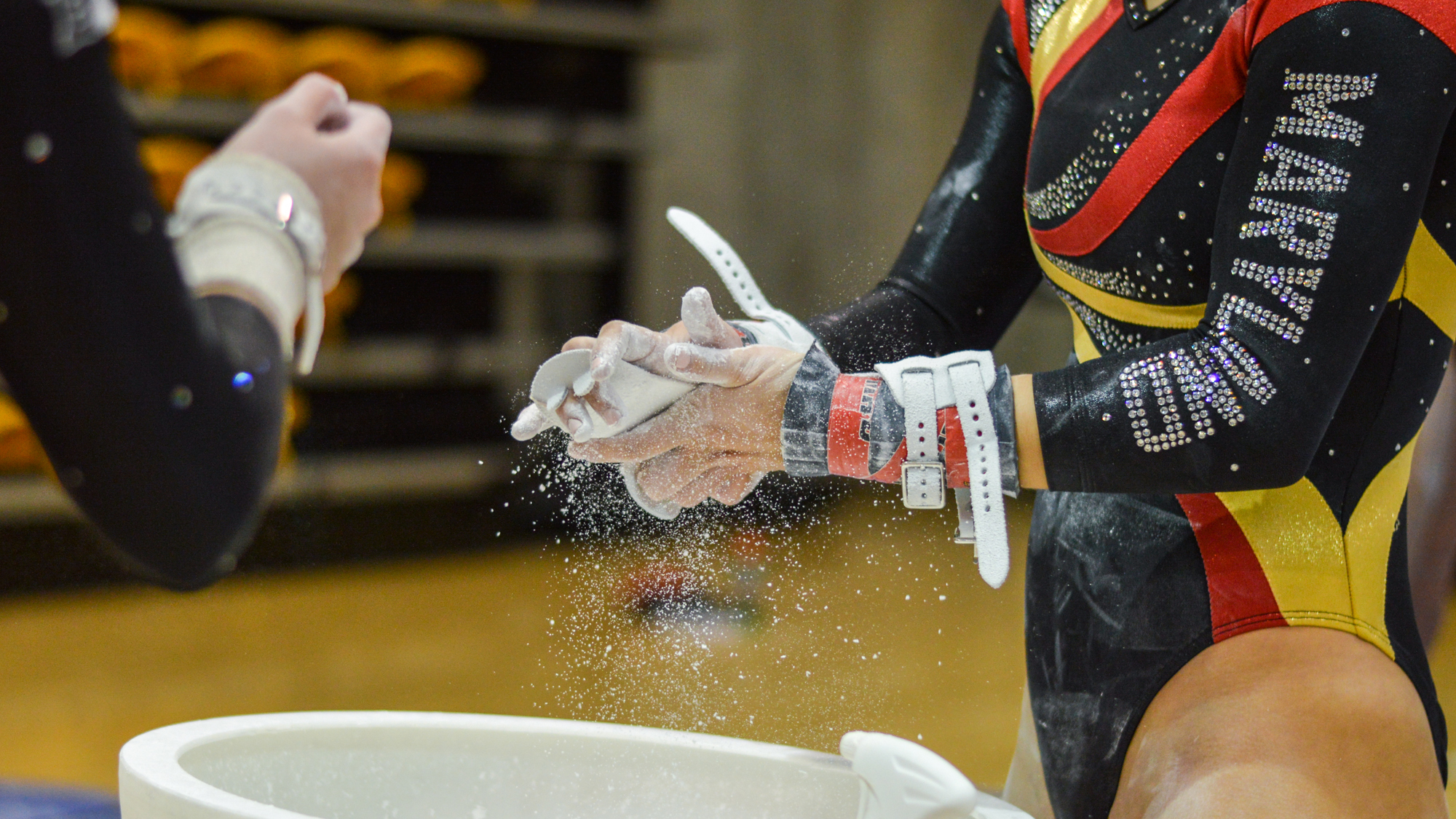 Elizabeth DeBarberie elegantly rotated and twisted her body to transition from the higher of the uneven bars to the lower one — until she realized she had to wildly grab at the bar to avoid crashing onto the mat beneath her.

While she momentarily salvaged the routine, a stumble on the dismount to avoid landing on her hands and knees meant DeBarberie accounted for Maryland gymnastics’ second consecutive score below a 9.0. It kicked off a series of question marks that would spring up for the Terps during the first two rotations of the team’s meet at Rutgers on Saturday.

Although bars has not been one of Maryland’s better events, this performance, which garnered a score of 48.275, felt miles away from the showings that earned the Terps their first and only 49 in the event so far this season at the Rutgers tri-meet.

“We talked about it right afterwards,” coach Brett Nelligan said. “We’re going to eliminate the falls on bars, and then we’re going to continue to tighten up the details on the other three events.”

That regression on bars was followed up with a series of disappointing performances on the vault for Maryland, which came into the meet ranked No. 17 in the nation on that apparatus.

Samantha Gilbert, Collea Burgess and Audrey Barber all posted season lows. Emma Silberman recorded her first 9.70 score of the season, but her performance on the vault was still the lowest of the five that contributed to the team’s overall score.

But the Terps made up for the season lows on the vault with four season highs on beam — its worst event — during the final rotation. Maryland still failed to reach the 49-point mark on the apparatus. However, the beam performances served as a respite from an otherwise poor showing, and provided glimpses of hope for improvement moving forward.

Maryland’s sole consistent event has been floor, and it continued its dominance there with its third score of 49 in a row, led by Sabriyya Rouse’s career high-matching 9.90 and Barber’s 9.825. Alexsis Rubio added 9.725, her career high, in her first performance on the floor this season as Reese McClure was left out of the floor lineup with a minor injury.

Still, after a week of focus on the details of their routines, the Terps returned home with the understanding that consistency will be key in improving their scores and that improvements in one area will not make up for regressions in others.

Maryland still needs to find a way to tie it all together throughout the entirety of a meet — and it has a shortened week to prepare to do so.

“We can finally set the tone for all of our home meets,” Rouse said. “We can really just focus on the meet, focus on ourselves and be in our own house.”