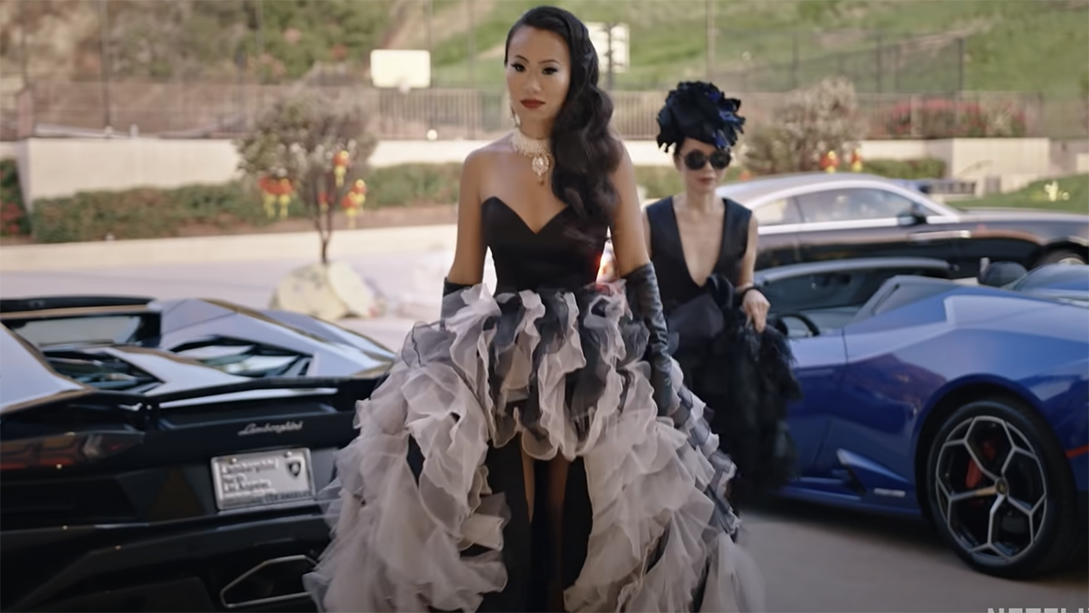 'Bling Empire' released on Netflix on Jan. 15. (Screenshot via YouTube)

One of Netflix’s newest reality releases, Bling Empire, follows the glamorous lives of a wealthy East Asian friend group based in Los Angeles. The show, which has frequently been labeled as the real-life version of Crazy Rich Asians, has recently garnered criticism for advancing a negative narrative of the Asian American community.

“That lens, full of glitz and glamour, might seem like a positive portrayal of Asians, [but] it’s also an extension of the Model Minority Myth … the wealthy Asian stereotype has the potential to be just as limiting and othering as the nerdy Asian,” said Olivia Truffaut-Wong in an article for Refinery29 titled “The Downside Of Bling Empire, House Of Ho, & The New Wave Of Asian Representation.”

“In a time where calls for inclusion and representation have never been louder — or more necessary — is Bling Empire really the Asian narrative that should be pushed into the spotlight?” asked Tim Chan in his piece for Rolling Stone.

“It all begs the question of whether a reality series about affluent Asians comparing blinged-out ‘promise rings’ and private-jet etiquette is the best way to showcase diversity,” said Chan, pointing out the other Asian American stories that are more deserving of a platform right now, such as the Asian nurses and doctors on the frontlines in the fight against COVID-19 or the first three Korean American women to be elected to Congress.

[I played Netflix roulette. Here’s how it went.]

In a lot of ways, they’re not wrong in their criticisms. The people in this show are obscenely rich and there is little, if any, screen time dedicated to demonstrating awareness of their extreme privilege. There’s nothing charming about their detachment from the reality most of us live in — not when this was filmed back in 2018 and certainly not now. Examples of this appear frequently in each episode, whether it’s Instagram influencer/DJ Kim Lee casually remarking that she pays “only $19,000” a month on rent, or Christine Chiu, the wife of a celebrity plastic surgeon, expressing genuine shock at a $40,000 paycheck, saying, “Wait … that won’t even get you one look [of couture].” Even the one act of philanthropy discussed in the show — a gift sponsoring disadvantaged orphans in honor of a baby’s first birthday — is done in part so that he can get into the “right preschools.”

The slight exception is Kevin Kreider, the group’s everyman, who double-takes at $1,200 shoes or $19,000 rent and isn’t used to attending parties with more servers than guests. In one episode, his two friends cackle for a straight minute when he accidentally assumes that the luxury brand Hermes begins with an “E” instead of an “H.” But while he doesn’t hesitate to express his disbelief at their lifestyles, he doesn’t really attempt to criticize them, either. And it’s telling that the most normal person in this show — who has recently been rumored to have a net worth in the tens of millions, though he denies this — is a model with connections to Gwyneth Paltrow’s personal shaman.

But to define Bling Empire only by its superficial aspects does a disservice to some of its most captivating, most human plotlines. Cherie Chan, still mourning the loss of her mother, who died earlier that year in 2018, prepared to give birth to her second child. Almost all her scenes are dedicated to grappling with that, and we see her grief as she sees her late mother in her newborn baby. Another woman in the cast, Kelly Mi Li — who also serves as a producer on the show — navigates the breakup of a six-year toxic, complicated relationship. Of course, having a camera in the room for these immensely personal moments, from couples therapy to painful post-breakup reunions, implies a certain degree of contrivance. But for the most part, they’re honest depictions of the kind of breakups so many experience. There’s also Kreider, an adoptee searching for more information about his birth parents. And about halfway through the show, Lee begins to look for her father, who she hasn’t seen or spoken to since her parents divorced when she was a child.

[I planned my life on Notion, and you should, too]

Those journeys produce some of the rawest and most emotional moments of the show — testaments to how reality television can be an opportunity to provide some of the most honest and organic glimpses into human nature and interpersonal relationships. The most worthwhile and enduring scenes aren’t the ones the show is marketed on, like seeing a billionaire heiress jet off to Paris for lunch or a woman shut down the entirety of Rodeo Drive to throw a Chinese New Years’ party. It’s the ordinary moments the audience has seen in their own lives.

These scenes include when Lee fidgets with her phone, pretending to be checking her makeup in her camera, when she’s actually trying to quietly dry her tears as she prepares herself to tell her mom and stepfather that she’s found the contact information for her estranged biological dad. In another scene, she begins to choke up and her voice breaks after a frank conversation with the private investigator searching for her father about how cases like hers usually go. Kreider’s hand hesitates as he reaches to touch her shoulder, wanting to comfort her, but unsure how. When Kreider tells Lee and her mother about visiting a hypnotherapist to tap into some of his memories before he was adopted, Lee’s mom begins tearing up upon hearing him talk about finally achieving a sense of closure, knowing that her daughter is struggling to find the same thing.

The Asian experience isn’t a monolith, and depicting one story shouldn’t be considered mutually exclusive with the range of stories left to tell. For all its flaws, Bling Empire offers dimension and humanity where you wouldn’t expect any. To disregard this because of the boxes it doesn’t check is almost as reductive and dehumanizing as the stereotypes that have pervaded media and entertainment for so long.