I played Netflix roulette. Here’s how it went. 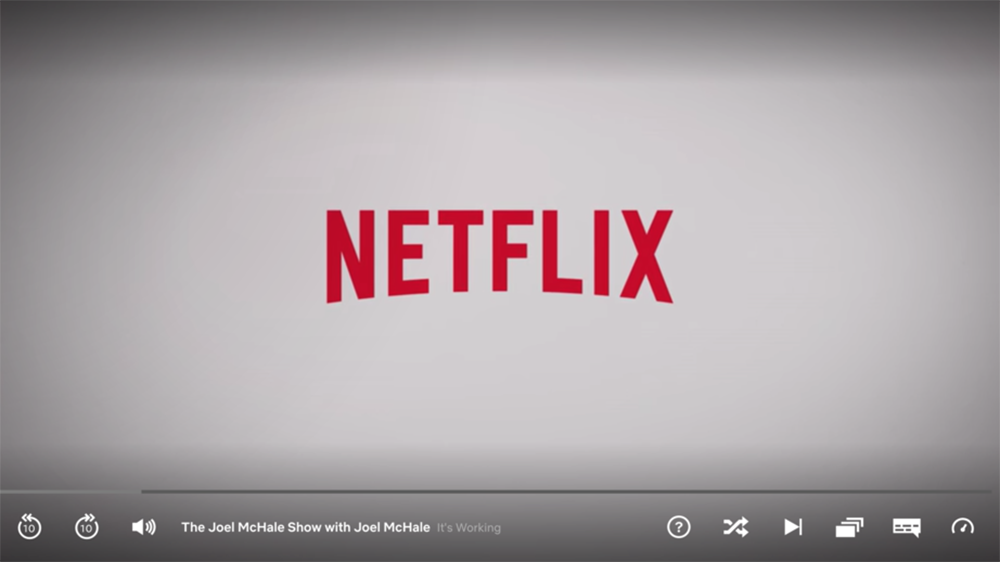 Is there a German word that captures the heartbreak of spending a painstaking 30 minutes to whip up the perfect meal and wanting nothing more than the satisfaction of watching something really good while consuming said meal, but when you finally sit down you can’t find a single worthwhile thing to put on, and by the time you’ve resigned yourself to rewatching an old episode of New Girl or something, you’re halfway done eating and your food is kind of cold?

I don’t know of one, but in the meantime, Netflix is testing a shuffle play option on a select number of users to help cut down on that process. I’m not yet among those users, but with the help of Reelgood’s Netflix Roulette feature — which works with a number of other streaming services — I was able to shake things up and expose myself to Netflix’s incredibly varied repertoire.

Below are a few of the titles I watched with absolutely no knowledge (not even Rotten Tomatoes ratings!) going in:

Think Six Feet Under meets Dead To Me meets Dark. Six Feet Under because it also begins with the death of a paternal figure and follows the lives of people running a struggling funeral business; Dead To Me for the poignant but zany portrait of grief performed by a brilliant female lead; and Dark because it’s the only other German show I’ve ever seen.

While the first episode of The Last Word dragged at times, I could see myself finishing this series solely based on Anke Engelke’s dynamic acting as Karla, a woman in an ostensibly happy and healthy marriage whose life unravels when she’s suddenly widowed and decides to pursue a new career as a eulogist. The chemistry between her and her husband, who is on screen for no more than a few minutes, is adorable yet intimate, and more than enough to 1) reaffirm my faith in the institution of marriage and 2) viscerally feel her intense grief, shock and confusion as she navigates what comes next.

By the way, I do now know the German words for “you’re the shittiest shit father in this shit world, shut up,” because those are the last words Karla’s son Tonio says to his father after being denied permission to attend a camping trip and before his father drops dead on the kitchen table from an aneurysm. As Tonio lays next to Karla, lamenting this, she tells him, “That’s why we’re having the funeral. So we can say our goodbyes and say the right things,” subtly setting up the premise of the show and starting her new chapter as a professional eulogist.

When my friend asked, skeptically, what this show was about before I turned it on, I told her I assumed it was just Joel McHale mocking the lowest echelons of pop culture, noting that we do the same thing ourselves quite frequently.

“But we don’t presume to think that an entire audience of people would want to see us do that,” she responded.

And she was sort of right, Joel McHale of The Joel McHale Show with Joel McHale. The rules of society aren’t fair. Almost anyone can make a crappy show or release cheesy pop songs and be not only applauded, but positioned right in the center of the mainstream. But if you’re going to broadcast yourself making fun of content that people enjoy, regardless of how objectively bad it may be, you have to tread the line very carefully. Otherwise, you’re just a douche.

McHale had a few good zingers — and lots of way-too-gimmicky ones. More than amusing me, this episode inspired me … to grab a live studio audience and green screen, and make my own show, called the Joel McHale Show with Joel McHale from Kanika Mehra, where I take clips of him mocking his clips (stop me if this is too meta) and yell at him for being more arrogant than he is funny.

And while I’m certainly not defending the quality of the programs he lambastes, such as Geordie Shore (the British version of Jersey Shore, for the uninitiated), the absurdity of these people is evident in the shows themselves. Besides, we all judge reality television. In fact, I’m almost certain that most of the appeal comes from watching people devoid of common sense, a personality or basic human decency make terrible decisions and say idiotic things — and then thinking to yourself that if you were in that situation, you would make much better decisions and say really smart things.

[Prepare for a British comeback in 2021]

So many excellent comedians have used satire as a way to hold truth to power. And it’s a shame to see how millions of people will readily consume so much terrible, oversaturated media when there’s so much underrated, far more deserving content out there. I’m just not sure we needed anyone to blow the lid open on Vanderpump Rules.

Flowers, described as “the bastard child of Roald Dahl and Wes Anderson,” is as weird as it is incredible. The story follows the lives of the dysfunctional Flowers family: Maurice and Deborah, a depressed children’s book author and music teacher on the brink of divorce, and their slightly obsessive, maladjusted adult twins.

The entire cast is excellent, but nobody does desperate yet well-intentioned neurotic like Fleabag’s Olivia Colman, who, while playing Deborah, spends most of the episode smiling from ear to ear despite her home life almost certainly warranting that she be on the verge of collapse. Her husband — who attempts suicide at the beginning of the episode and then doesn’t really ever bring it up again — is, anyway.

And if I were the kind of person who owned cross-stitches, I’d get one of Colman erratically but earnestly stammering, “You can’t have too much of a good thing, by which I mean joy.” In fact, about half the lines from this show deserve a cross-stitch. Creator Will Sharp doesn’t waste a single moment of this 23-minute quirky black comedy with promise for something much more profound.