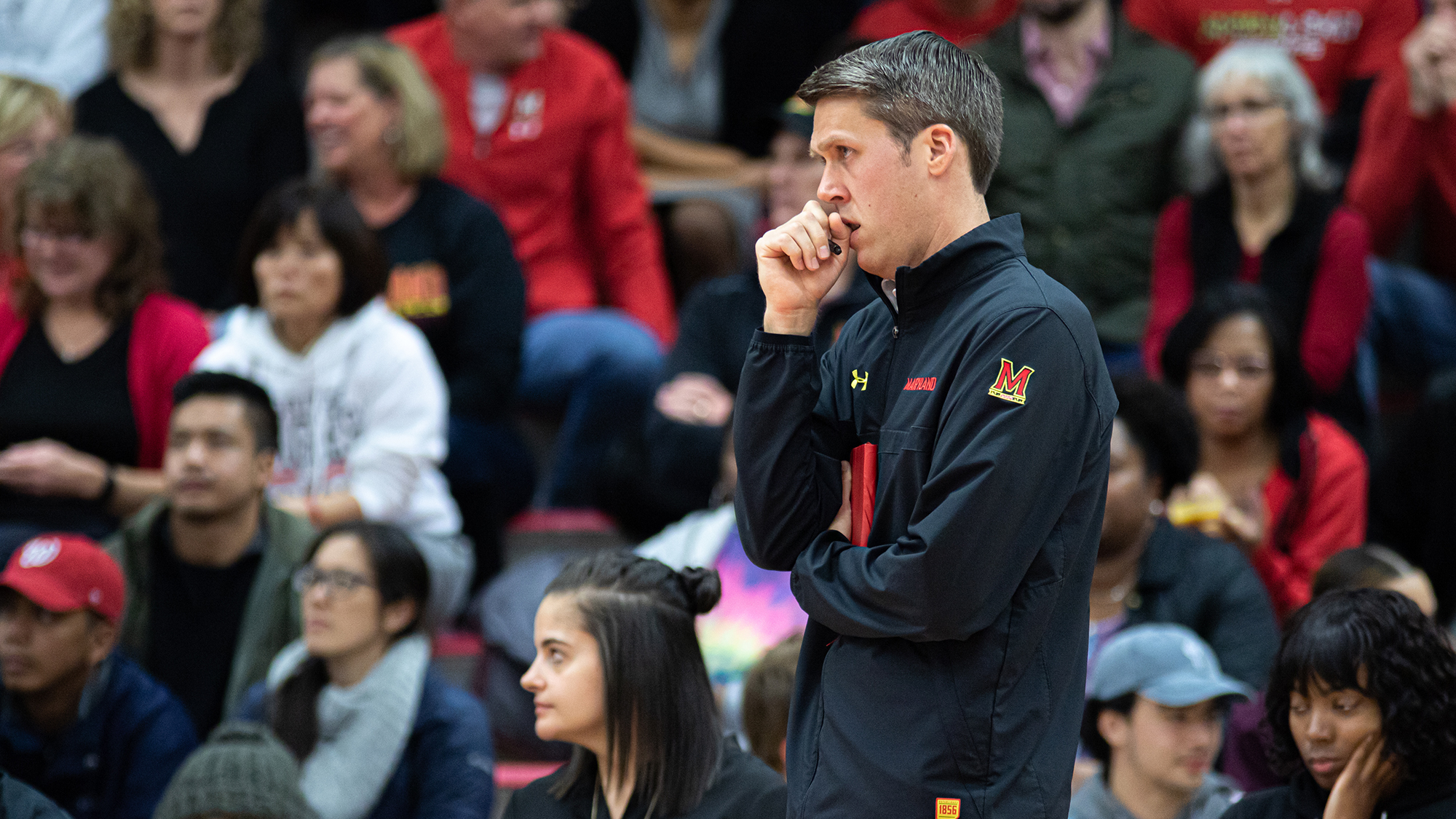 With two five-set matches now firmly in the rearview mirror for Maryland volleyball, the team now faces a more significant challenge ahead: a back-to-back doubleheader against Minnesota.

The Golden Gophers, who are currently ranked seventh in the country and second in the Big Ten, made their title aspirations clear in their season-opening sweep of Michigan State last weekend.

And against such a strong opponent, the Terps are looking to fine-tune their game and avoid errors.

“Playing an opponent like Minnesota, who could be a Final Four contender this year, even a national championship contender, makes you just have to play clean and make you play at a higher level,” coach Adam Hughes said.

[Maryland volleyball is adjusting to its unusual schedule]

Maryland, which now sits at 0-2 on the season, will look to rid itself of errors against the Gophers — who have yet to drop a set this season thanks to stellar play from outside hitters Stephanie Samedy and Adanna Rollins.

But they’re dangerous at every position.

In preparation for its duel against the Gophers, Maryland took to polishing “the little things” in order to match the high intensity of a hungry Minnesota team.

“So we had, I would say a more technical week [of practice],” outside hitter Rebekah Rath said, “focusing on all the little things that we can clean up really easily.”

According to senior captain Erika Pritchard, one of the little things that the team worked on in practice came from the defensive side of the net.

“I know the tips got us a lot last weekend,” Pritchard said. “We’ve been really working on that.”

As Maryland prepares for what will be one of its toughest opponents of the season, the Terps will see a familiar face on the opposite side of the court on Friday in Katie Myers, who transferred to Minnesota after spending two seasons in College Park.

Myers, who finished her redshirt sophomore season at Maryland boasting a .395 hitting percentage — the second-highest mark in program history — is undoubtedly on the scouting report for Hughes and the Terps. However, Hughes explained that his team’s focus was on Minnesota as a whole, not just one player.

“We’re not trying to disrespect Katie in any way, she’s a very good player,” Hughes said. “But we all said ‘Hey, listen, it’s Maryland versus Minnesota.’”

Pritchard, too, is aware of the threat Myers poses.

“When she was here, she contributed a lot to the team, and she was a leader for a couple of years,” said Pritchard, who made the U.S. Collegiate National Team with Myers last season. “But this is more of Maryland versus Minnesota instead of Maryland versus Katie … so we still need to look at [Minnesota] as a whole and what they’re going to bring.”

With Minnesota coming to town this weekend and a battle with a talented Nebraska squad on the horizon, Hughes and the Terps have a difficult slate to navigate in the coming weeks.

As the competition grows more fierce, Hughes understands the intensity in which his team must prepare for its upcoming matches.

“We can’t be lax in our preparation, we know we have to be really good,” Hughes said. “The pressure’s on.”

And by focusing on the finer details, Maryland is looking to rise to that mounting pressure.