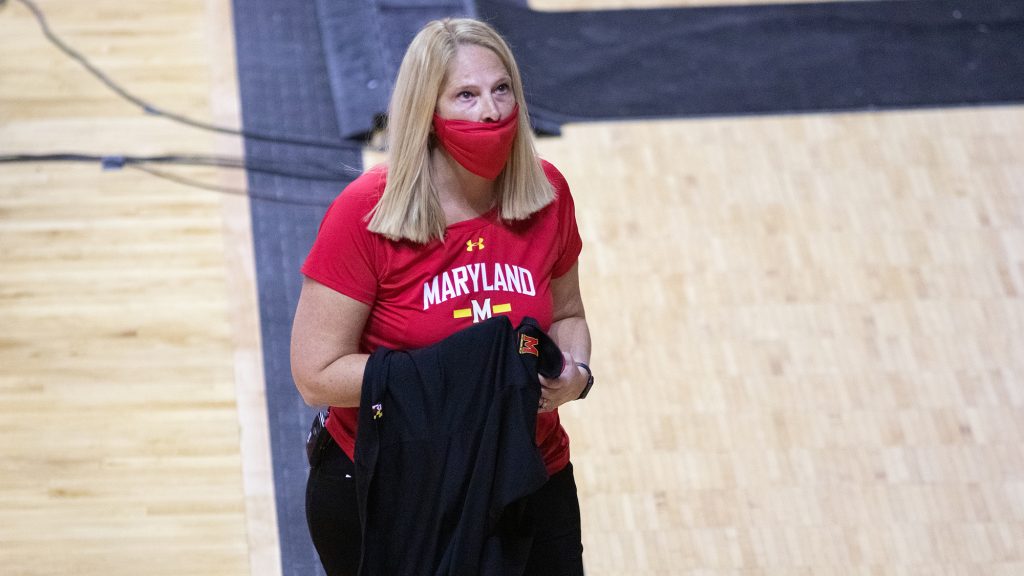 All year, coach Brenda Frese has touted her team’s resiliency. She’s consistently remarked on how well No. 7 Maryland women’s basketball has responded after bad stretches of play.

Now, the Terps need yet another strong response. After a three-game road-trip where Maryland showed inconsistent energy — culminating with an 88-86 loss to No. 14 Ohio State — Frese wants her team to once again have a strong answer.

“We know it’s uncharacteristic of us to have five turnovers in the first five minutes,” Frese told her team the day after the loss. “But understanding, those are the things that we can control — that we’ve got to be able to fix.”

Those giveaways were one of the main causes of the loss against Ohio State, and for Maryland’s only other defeat against Missouri State earlier this season. The Terps have averaged 19.5 turnovers in their two losses, well above their season average of 12.9.

“When we start turning the ball over, it’s hard for us to score points,” Frese said. “There’s some games we’ve only had nine or ten turnovers for a game.”

But the turnovers weren’t what stood out to the 19th-year coach the most. That honor belongs to the energy disparity between the two sides.

“I think the most disappointing part … was our energy. I thought Ohio State gave better energy for 40 minutes,” Frese said. “You can’t wait until the fourth quarter to kind of bring that energy against a great team. I mean, they’re ranked No. 14 in the country for a reason.”

After falling behind early against the Buckeyes, the Terps want to make sure they get off to a better start against Michigan State Thursday.

Maryland is hoping the Ohio State loss serves as a lesson in the coming days. Frese has seen encouraging signs already, especially in the first practice since the loss.

Despite the loss, the Terps know they have an opportunity to right the ship against the Spartans. And although Monday’s defeat was disappointing, they are taking it in stride, hoping their winter toils will spur on success when it matters most: March.

“We’d rather honestly take that bitter feeling now so that when come March we have that extra motivation,” guard Katie Benzan said. “So that when it comes and when it matters most in March, we’re ready and we can succeed.”