Maryland gymnastics is slowly beginning to round into top form 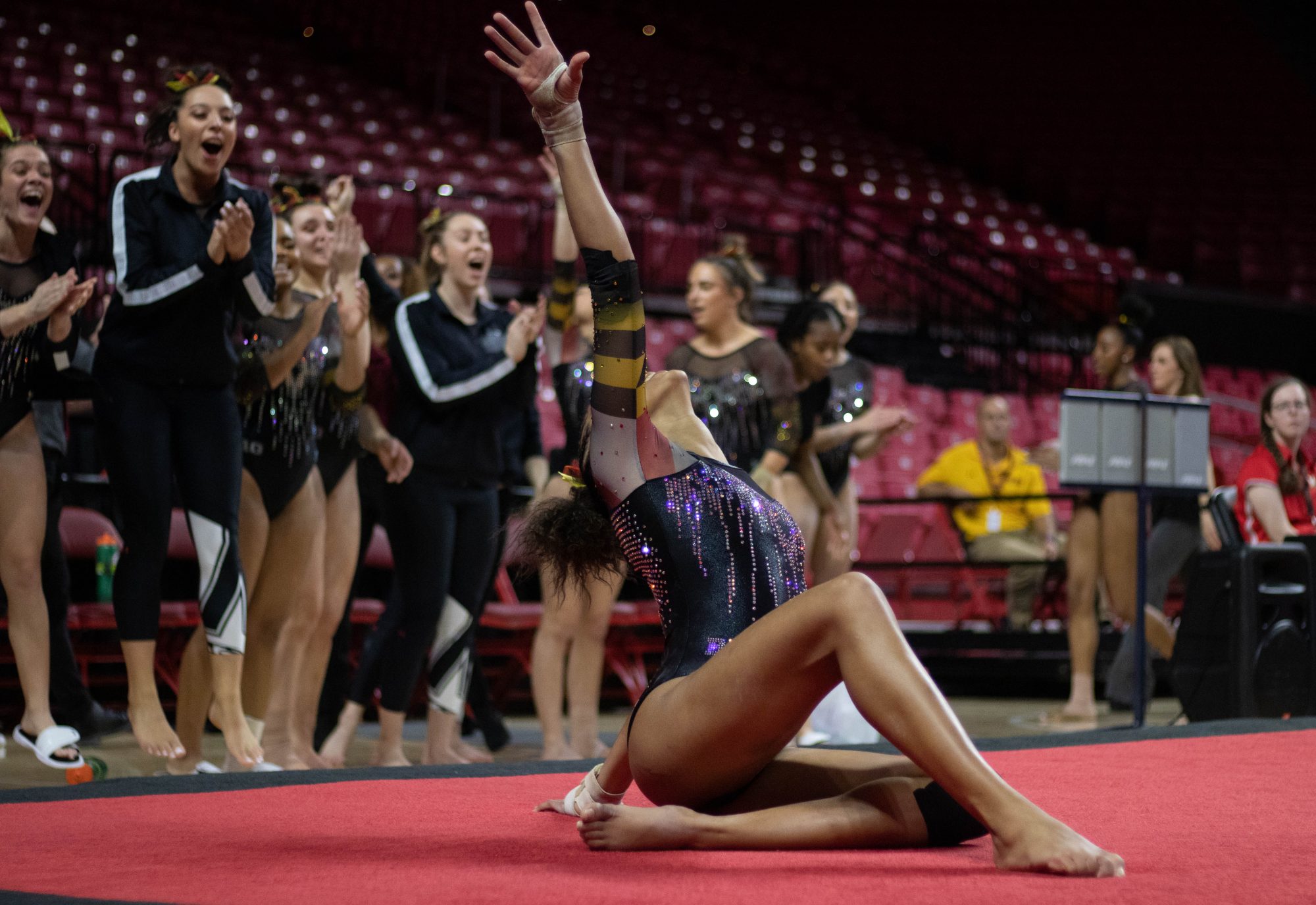 In her last performance Saturday afternoon, Audrey Barber spun, flipped and twisted her way to scoring a 9.925 on the uneven bars, which was Maryland gymnastics’ worst event during its first meet of the season just a week ago.

The score was the highest among all the competitors in the Rutgers tri-meet, propelling the Terps to their first 49.00 on the apparatus this season — a marked improvement from their first score of 48.225. Maryland’s improvement on the bars was met with a slight uptick on the beam, and the team showed traces of advancement in both events.

Nelligan’s effect on the Terps’ early successes shows through his high energy level during meets and the way he encourages his gymnasts during practice. He focuses on pushing the team and building a confident squad, one that knows its capabilities.

Elizabeth DeBarberie, who competed on the uneven bars in each of the first two meets, posted a solid score of 9.725 Saturday after falling in her first NCAA-level meet just six days before. Overcoming nerves was a major focal point for DeBarberie during practice, as she prepared for Saturday’s event.

“I know I’ll get less nervous as the weeks go on,” she said. “It gets really fun.”

Nelligan’s team is young, with freshmen and sophomores making up 12 of the 19 gymnasts on the squad. Despite their lack of experience at the collegiate level, Nelligan expects a lot from his younger athletes.

“Coach told me to slow things down and take it one skill at a time,” Samantha Gilbert said. “We just need to trust our training and know we have our teammates behind us.”

[After 10 months away, Maryland gymnastics posts 194.875 against Penn State]

As the Terps prepare to return to Piscataway, New Jersey, for another meet with Rutgers next weekend, building consistency across all four events will be important in finding further improvement. A decline in Maryland’s vault score — its best event just a season ago — held the Terps to second place by a narrow margin.

And as the season goes on, those minor tweaks and crucial perfections could see a youthful Maryland squad compete with some of the Big Ten’s best.

“We take practice one day at a time and try to bring energy to each rotation and each event,” Gilbert said. “We know the routines, and we just have to make it happen at the meet.”