Review: ‘Wonder Woman 1984′ was full of cliches and Hollywood cop-outs 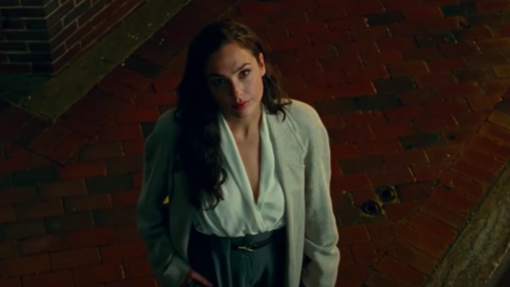 Wonder Woman 1984 debuted Christmas Day both on HBO Max and in theaters, becoming the “best box office debut of the pandemic,” according to The Washington Post. And perhaps, like me, you found yourself bored at home on Christmas Day, heard about the return of this strong, glamorous superheroine and wanted to give the film a chance, too.

Without surround sound, a bustling theater and the distraction of overly buttered popcorn, it was easier to see every way this movie relied on the big screen to distract viewers from its copy-paste plot and characters.

The movie opens with an incredible scene where we see Diana’s early childhood in her home of Themyscira. She competes in an athletic exhibition against fully grown women intent on proving themselves to society, but Diana loses after taking a short cut. “No true hero is born from lies,” her aunt says as she stops Diana from reaching the finish line. I loved this scene and the magic of an island populated solely by strong, gorgeous women — but in the grander context of the movie, it meant nothing.

Almost immediately, we’re whisked back to Diana’s present, filled with glitzy ’80s stereotypes and the weight of her loneliness.The rest of the movie doesn’t successfully connect back to the young Diana moment at all, instead relying on blockbuster glamour over anything of real depth. Rather than facing a dilemma of truth versus lies, Diana grabbles with selfishness versus sacrifice when later in the movie she gives up her desire to defeat the villain, whose power comes from hoarding people’s wishes. How does that tie into our initial moral lesson at all?

[Review: This season of ‘The Mandalorian’ was the most satisfying ‘Star Wars’ addition yet]

Wonder Woman’s separation from Themyscira doesn’t seem to matter at all: She now works as a senior anthropologist at the Smithsonian Institution and her only thought is on her long-lost love, Steve Trevor (Chris Pine). And, cue fake surprise, her wish comes true and she gets Steve Trevor back. Putting to the side the controversy over Gal Gadot’s Israeli ties, her performance as Wonder Woman was as shining as her golden armor and glittering hair. It was the familiar plot and the over-reliance on comic book stereotypes that failed her.

This movie just barely passed the Bechdel test, which measures if two women in fiction talk to each other about something other than a man. Our female archenemy, Dr. Barbara Minerva, or the Cheetah, (Kristen Wiig) plays into the stereotype of a jealous, coveting woman whose only goal is to be powerful and desired. Aren’t we beyond shallow stereotypes of women like this? We’re not living in the ’50s anymore.

Our other archnemesis, Maxwell Lord, (who you may recognize as Pedro Pascal, The Mandalorian actor) has exactly the same selfish desire. He’s manipulative and driven mad by power — a PG-13 version of Jordan Belfort from The Wolf of Wall Street. Lord is a telemarketer with partial custody of his son, who — cue another round of fake surprise — is eventually the reason why he abandons his evil agenda. Pascal’s performance was incredible, but his character was as cliche as Wiig’s and Gadot’s.

According to research from New Yorker reporter Jill Lepore, the comic version of Wonder Woman was written as a representation of democracy and women’s rights in the ’40s — full of the sexism and belittlement from the times. In this reimagining of the story, instead of coming to terms with her loneliness, Diana gets her man back, only to be forced back into that loneliness. After defeat, even our Cheetah is left reeking of jealousy and failed character development.

[Warner Bros. releasing its slate of 2021 films on HBO Max isn’t the end of cinema]

In all honesty, my favorite part of the film was D.C.’s role as transitions between the moments of action, showing off our beloved Washington Monument and pretty skyline city views. Diana works at the National Museum of Natural History, and Steve Trevor is shocked by the National Air and Space Museum and our dim, waffle-ceilinged metro station. The capital of our country frequents blockbuster films, but something about its presence in WW1984 was more casual and intimate, inviting viewers into the everyday life of locals.

Two hours and 35 minutes was way longer than I would’ve liked to spend watching Gadot and Pines putz about until they predictably parted ways. It was nice to see a female superhero on the screen instead of a male one but alas, Hollywood’s agenda overshadowed any empowerment we could’ve seen there. I mean, I’m still waiting on Marvel to catch up and release a stand-alone female superhero film. Until then, we’ll just have to wait for a movie that goes beyond the superficial sparkle of being a pretty superhero.