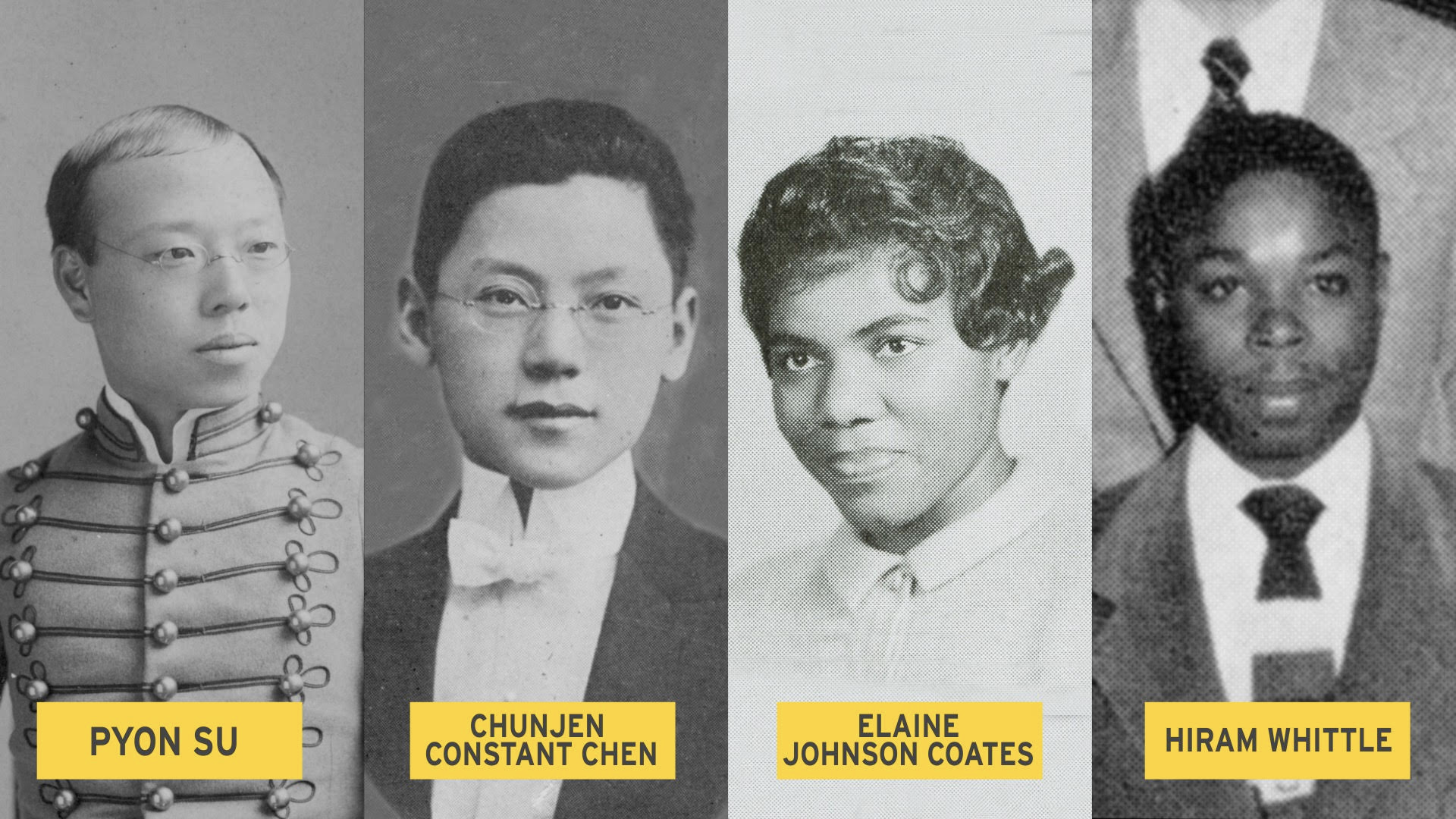 The new dorms on North Campus will be named Whittle-Johnson Hall and Pyon-Chen Hall after Pyon Su, Chunjen Constant Chen, Elaine Johnson Coates and Hiram Whittle. (Graphic courtesy of the University of Maryland)

The University of Maryland is naming two new dorms in honor of former students who broke racial barriers at the university, the school announced Monday.

“I had no idea when I walked on to the campus of University of Maryland in 1955, that 65 years later, you would still be speaking of me,” Johnson Coates said in a press release. “I’m thankful to the university for honoring me, for letting me know that my journey mattered, and now letting my journey become my legacy.”

The second dorm, Pyon-Chen Hall, will honor Pyon Su and Chunjen Constant Chen. When Pyon graduated from the Maryland Agricultural College — this university’s former name — in 1891, he became the first Korean student to receive a degree from any American college or university. Chen was the first Chinese student to enroll at the Maryland Agricultural College.

University President Darryll Pines announced in his first email as president July 1 that he would be submitting a request to name the dorms to honor the four individuals. The University System of Maryland approved the request in November, according to a university press release.

The two new dorms will be located on North Campus, and they are set to open during the 2021-22 academic year. It is the first time since 1914 that dorms will carry the names of individuals, according to the press release.

Pines awarded Johnson Coates and Whittle honorary doctorate degrees in person last month. Both Pyon and Chen have since died, but Pines has been in communication with their families about the recognition. “It was an honor to be in his presence,” Pines said of meeting Whittle in person. “I think all of us who are people of color owe Mr. Whittle a great debt … of service for his willingness to break the color barrier at the University of Maryland.”