Most Americans know Kamala Harris as VP-elect. For this UMD professor, she’s family. 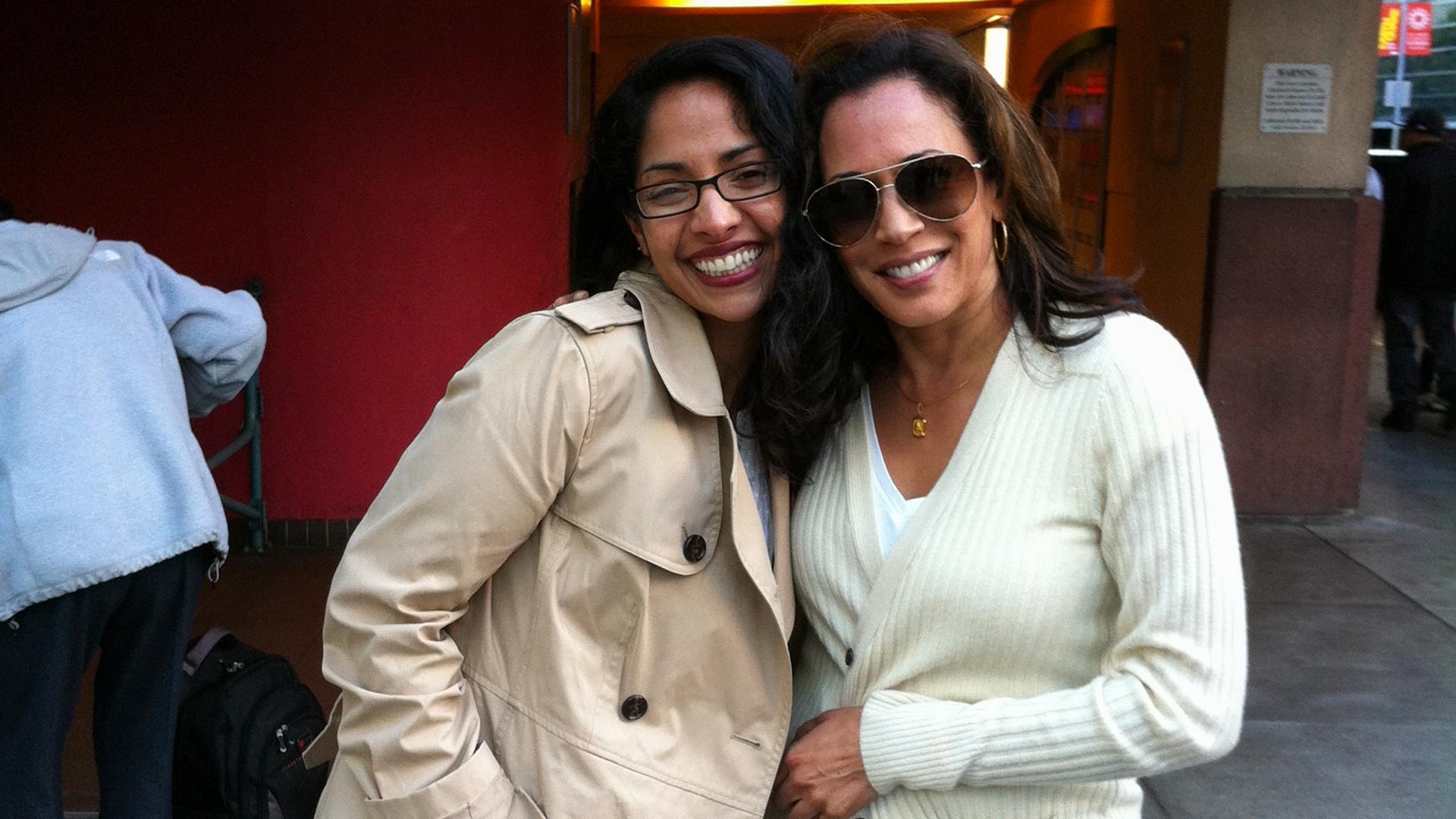 When Crystal Amuzie read the email from her professor in November that their Friday meeting would be canceled, she responded hoping everything was all right. But her professor, Sharada Balachandran Orihuela, reassured Amuzie not to worry — she was spending the weekend in Delaware with her first cousin.

It turned out to be an eventful trip. The next day, Balachandran Orihuela learned that her cousin Kamala Harris would become the next vice president of the United States.

“To see her aspire to the highest position in the United States … it’s just wild,” Balachandran Orihuela said. “It makes me very proud.”

The two cousins occasionally catch up over dinner and a glass of wine, Balachandran Orihuela said, and it was Harris who took her to her first punk rock concert.

The cousins share Indian grandparents, P.V. and Rajam Gopalan. And their family’s accomplishments in the spheres of public policy and academia tell a story of diaspora, opportunity and now — with Harris’ entrance into the White House — American history.

Her grandmother, Rajam, used to tell her four children, including Harris’ mother and Balachandran Orihuela’s father, that they would each grow up to be a different kind of doctor.

“They saw the value in education,” Balachandran Orihuela said. “For them, it was very much about upward mobility and having access to opportunities you wouldn’t otherwise have.”

Their grandfather was born into a Brahmin family — an elite class of the Hindu caste system in which men usually entertain careers in academia, government service or priesthood and women are not expected to work. But Harris’ mother still chose a career as a breast cancer researcher in the U.S.

Meanwhile, Balachandran Gopalan — Balachandran Orihuela’s father — worked as a journalist before earning his master’s degree in engineering and his doctorate in economics and computer science at the University of Wisconsin. And it was in America’s Dairyland, as Wisconsin is called, that Balachandran met a Mexican woman named Rosamaria Orihuela, whom he later married and raised a daughter with.

Growing up, Balachandran Orihuela said she only saw Harris once every two or three years. Most of her childhood was spent traveling between India, Mexico and the U.S.

[“Just want it over with”: UMD students stress as election winner remains unknown]

Moving across continents as a child is less romantic than it sounds, Balachandran Orihuela said, but those experiences helped her develop her own academic and intellectual pursuits. Her literary backgrounds in India and Mexico fostered her interest in different places around the world, she said.

“What it’s given me is not just an interesting story to tell at a cocktail party,” Balachandran Orihuela said.

After graduating high school in New Delhi, India, Balachandran Orihuela studied at Mills College in Oakland, California, and lived with her aunt Shymala Harris — Harris’ mother. At that time, the future vice president was an emerging district attorney in San Francisco, allowing the two cousins to spend more time with each other.

And ever since 2016, when Harris became a senator and moved to Washington, D.C., they’ve been able to catch up more regularly. Harris is the one of her few family members who still lives in the U.S., Balachandran Orihuela said.

Being related to a now historic figure in America is a surreal feeling, Balachandran Orihuela said. It’s weird to hear her cousin’s name on the radio every morning, or to see the headlines about her, she added.

Balachandran Orihuela said it’s almost difficult to consider Harris — that same cousin with a great sense of humor who plays Taboo with their family at Thanksgiving — as a history-making politician.

“It’s really strange to have to reconcile my two different experiences of her,” Balachandran Orihuela said.

Many of her colleagues and students at the University of Maryland don’t know about her ties to the vice president-elect, Balachandran Orihuela said, because she’s generally a private person. But she said she felt compelled to share that simple moment with Amuzie, a senior English major.

When Amuzie read the email from Balachandran Orihuela, she said the first thing she did was open up Google.

“I was in a state of complete shock,” Amuzie said. “After I read a couple of stories and did a little bit of fangirling, I was able to respond to her email.”

Perla Guerrero, an associate professor of American studies and U.S. Latina/o studies at this university, has known Balachandran Orihuela since 2012. She said she first discovered her colleague’s family connection years ago when they chatted about California politics.

“I didn’t believe her at first,” Guerrero said, chuckling.

With Harris’ new and understandably demanding job, Balachandran Orihuela isn’t sure if she’ll be able to see her cousin as frequently. But Harris always answers her texts, she said, so at the very least they can maintain communication that way.

Balachandran Orihuela said she told Harris not only how proud she was, but also how proud Shymala Harris, who passed away in 2009, would’ve been.

“This is someone I was very, very close to,” Balachandran Orihuela said of Harris’ late mother. “It was great in that moment to just be like, ‘Okay, well, I think Shymala would be really proud and happy.’”