Maryland women’s basketball stays at No. 14 in latest AP poll 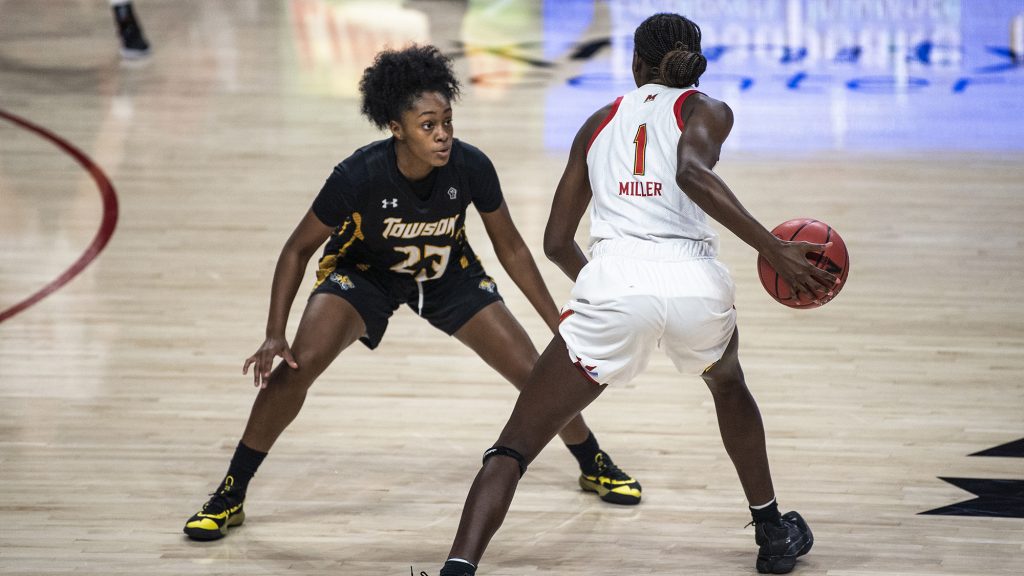 After winning its home opener and improving to 3-1, Maryland women’s basketball stayed at No. 14 in the newest AP Poll released Monday.

The Terps beat Towson 112-78 last Thursday, led by a combined 53 points from guards Diamond Miller and Ashley Owusu. Miller was named to the Big Ten Player of the Week Honor Roll after scoring 28 points in the win.

But it came at a price as the Terps lost heralded freshman Angel Reese to a right foot fracture that is expected to sideline her until the beginning of March.

One spot ahead of Maryland in the rankings is No. 13 Arkansas, which Maryland soundly defeated 115-96 in the Beach Bubble Tournament to open the season. Maryland’s only loss came to Missouri State, which slots in at No. 21.

The Terps are the highest ranked team from the Big Ten, but there are many other competitors close by. No. 15 Indiana, No. 17 Northwestern, No. 18 Ohio State, and No. 19 Michigan round out the Top 25 for the conference.