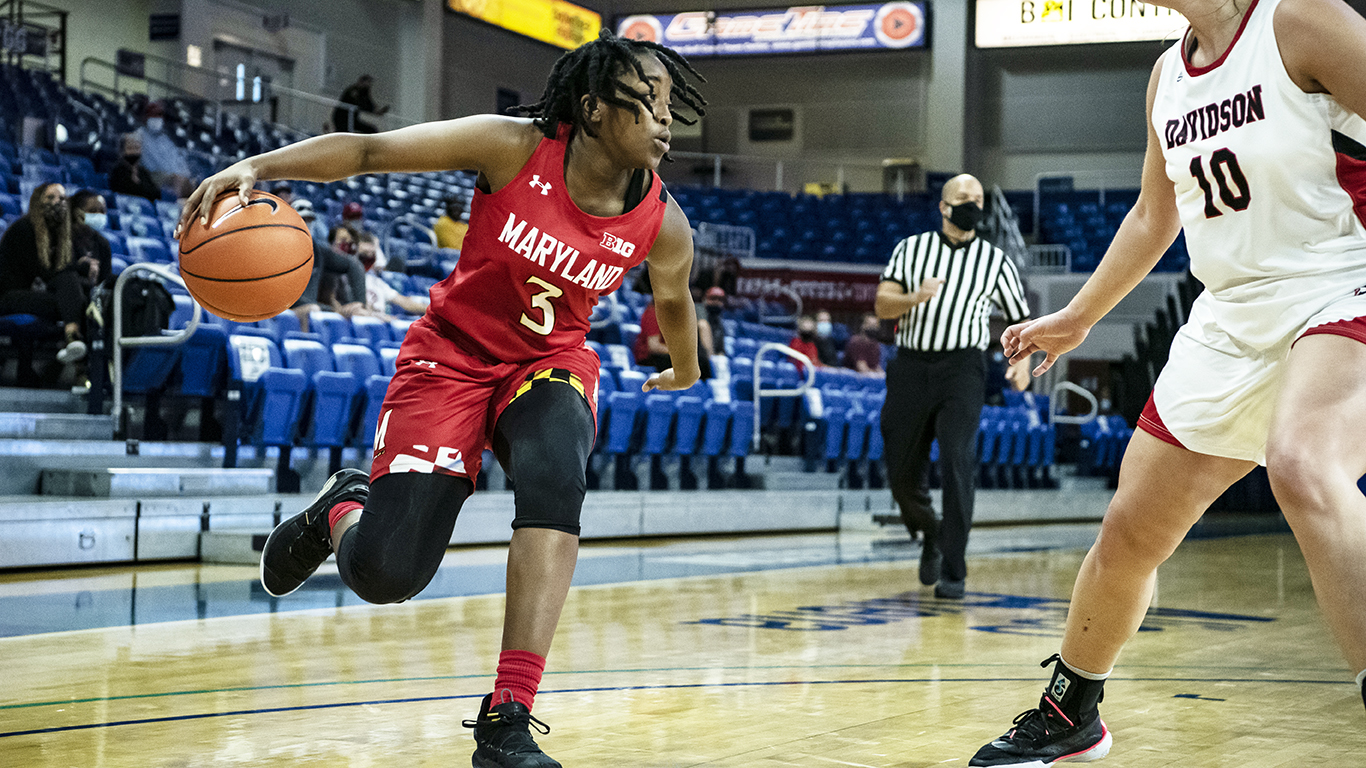 Brenda Frese’s team has played an effective three games offensively so far this year. They’ve made sharp passes, cut efficiently and made shots at a high clip.

Everything has been going well. Except for one area: turnovers.

Maryland has had trouble holding on to the basketball. The Terps are averaging 17.7 turnovers per game and giving up 19.7 points per game off those giveaways. And they are looking to improve those numbers heading into their matchup with Towson on Thursday. Maryland scheduled to play Coppin State on Saturday as well, but that game was canceled due to a positive COVID-19 test among the Eagles’ personnel.

Maryland’s sole loss was largely due to sloppy plays. Against Missouri State, Frese’s squad finished with 23 turnovers, resulting in 25 Bears points — many of which came in a third frame that saw the Terps blow an 11-point lead.

“I think we’re trying to do it all at once,” Frese said after the game. “As a result, I thought it was the reason for a lot of our travels and our turnovers.”

The turnover woes are a departure from last year’s team, which coughed up the ball at a much lower rate — only 14.8 times per game, giving up 12.2 points off of those miscues.

Many of Maryland’s turnovers this year have been careless mistakes. They’ve been sloppy with some passes, but most of their miscues have come on traveling violations in the post.

Such was clear late in the third quarter of their loss to the Lady Bears. Shortly after Maryland lost its lead, guard Faith Masonius slipped a screen and caught a pass heading toward the hoop.

With two defenders closing in on her, Masonius had two wide-open shooters to pass to in Mimi Collins and Chloe Bibby. Instead, she turned her focus back to the rim and was called for a travel.

While Masonius finished with three turnovers in that game, she has been far from the worst offender this year. Guards Ashley Owusu and Diamond Miller lead the Terps with 11 turnovers apiece, an issue they are hoping to rectify through patience.

“Most of our turnovers were just unforced,” Owusu said. “So I think just slowing down and focusing more on just taking care of the ball.”

With so much youth on this team, Frese hinted that it could take time for some of those issues to be ironed out.

“I think, again, you have a roster that is really learning to play together and get these kind of minutes under their belt,” she said. “There’s just not that experience when you talk about what we lost and what we graduated.”

Maryland has played well so far this year, with only one loss — coming against a stout ranked opponent. However, for the Terps to truly take that next step, they’ll need to clean up their turnovers.

“That’s going to take time for us to develop while we’re on the court,” Frese said.

CORRECTION: Due to a reporting error, a previous version of this article said Maryland women’s basketball had one nonconference game remaining in its schedule, against Towson. Maryland also plays Mount St. Mary’s on Dec. 8. This story has been updated.