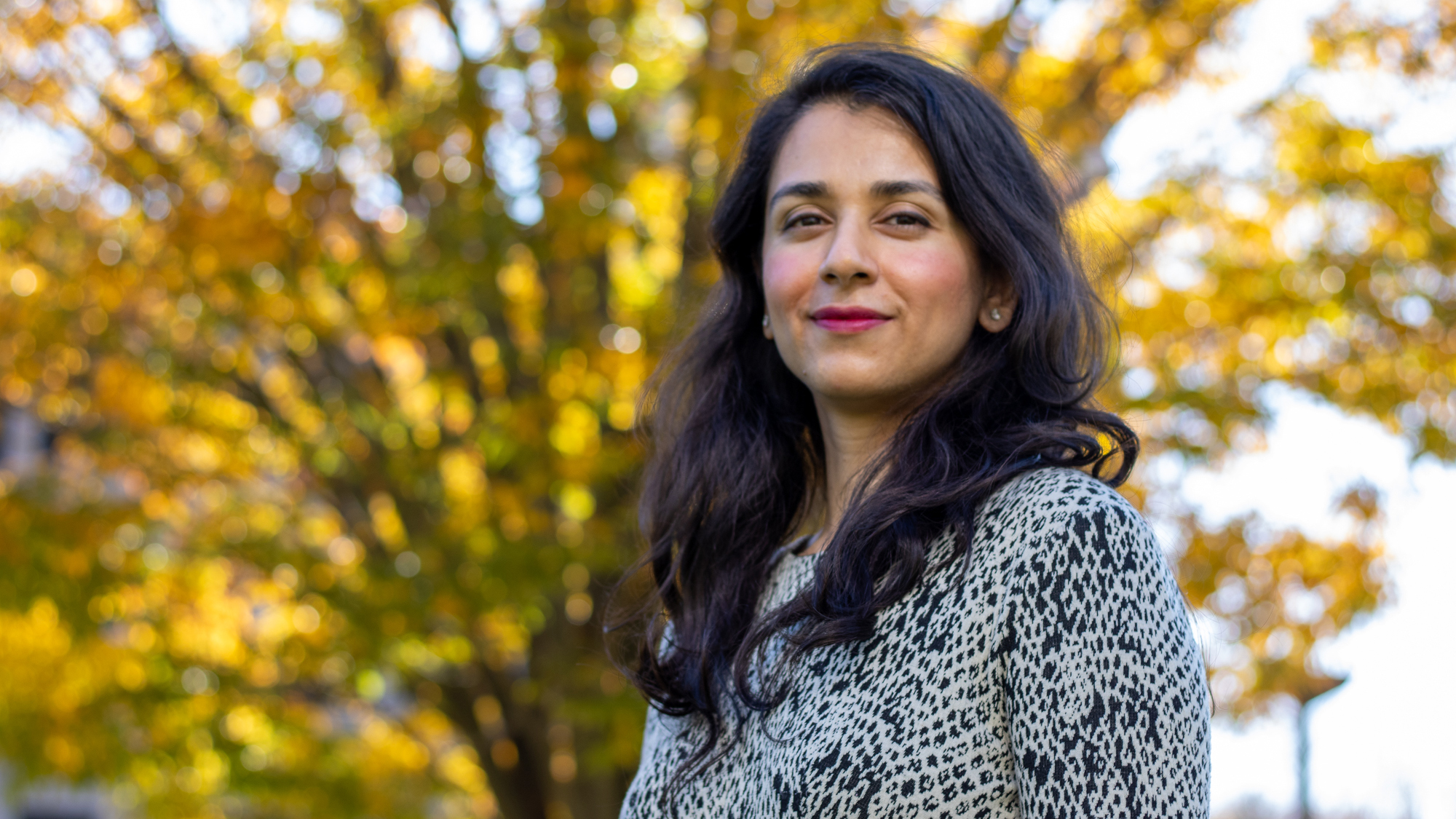 University of Maryland alumna Sarah Wolek spent a decade working for the U.S. government — she worked on the country’s United Nations delegation and analyzed housing discrimination for the Department of Housing and Urban Development.

There was always a greater purpose to the work, she said. But she began to notice a pattern, no matter where she was: her colleagues lacked connection to the work.

Wolek began wondering what was behind this lack of purpose. She realized her coworkers’ frustrations had very little to do with the work itself and more to do with uncertainties in their personal lives, whether from finances or relationships.

“I just over time came to realize that these institutions are made up of people,” Wolek said. “And if those people themselves are not whole and happy in their own life … all those things played into how they actually performed in their work.”

Now back at this university, Wolek is the founding director of the business school’s Intentional Life Lab, which hopes to help students develop both their personal and professional selves before they dive into their careers.

Launched in February, the lab hosts a variety of classes and workshops to help students feel fulfilled, no matter what career path they choose. And now, Wolek is planning to expand the program with additional courses, workshops, retreats and a guest speaker series, she said.

The lab focuses on six pillars: purpose and character, community, relationships, nature, prosperity and wellness. It provides students with a rare opportunity to explore who they are beyond their major, Wolek said, because in students’ daily lives “there is no time to really spend on thinking about who you want to become.”

Students will come away from the The Intentional Self with a vision board and a written story on who they have been and who they want to be. They can use those as guideposts when making life-altering decisions down the road: where they want to work, whether they’ll get married and how they’ll participate in civic life, for instance.

After taking the course, senior Kelan Queenan felt more comfortable than ever with her decision to pursue medical school after graduation. The course solidified for her that she chose a meaningful path, an important point that some students don’t focus on enough, she said.

“This approach to life and your career … is very fundamental, especially in college when you’re growing and forming these opinions,” the physiology and neurobiology major said. “I know people that choose a major because it’s a marketable major, and then they get a job that they hate … but it pays well, so in their mind that’s good enough.”

For Merisa Dulovic Alkhateeb, who transferred into this university’s business school from Prince George’s County Community College this semester, the lab’s emphasis on finding one’s purpose provided much-needed guidance as she adapted to a new school.

The junior finance major felt lost at first as a transfer student, she said, bombarded with information on different classes and programs available to her. That came with the pressure to do something “extra,” Alkatheeb said: to take up an additional major or minor, join as many clubs as possible and expend herself anywhere she could.

[With the Affordable Care Act in jeopardy, some UMD students worry they may lose coverage]

Last month, Alkhateeb participated in the lab’s intentional life transfer experience workshop for business school transfer students. In forcing her to reflect on those interests most important to her, the workshop alleviated that pressure, Alkahteeb said.

“I realized what I actually want to do and what I want to major in and where I want to put my focus,” Alkhateeb said

The lab builds on a growing trend in higher education of helping students find their purpose. The Stanford Life Design Lab at Stanford University was one of the first programs launched in this field. Kathy Davies, the managing director for the lab, is an adviser for this university’s lab.

Overall, the Intentional Life Lab allows students to build up a “muscle of self-awareness,” allowing them to live more intentionally, Wolek said.