With the Affordable Care Act in jeopardy, some UMD students worry they may lose coverage 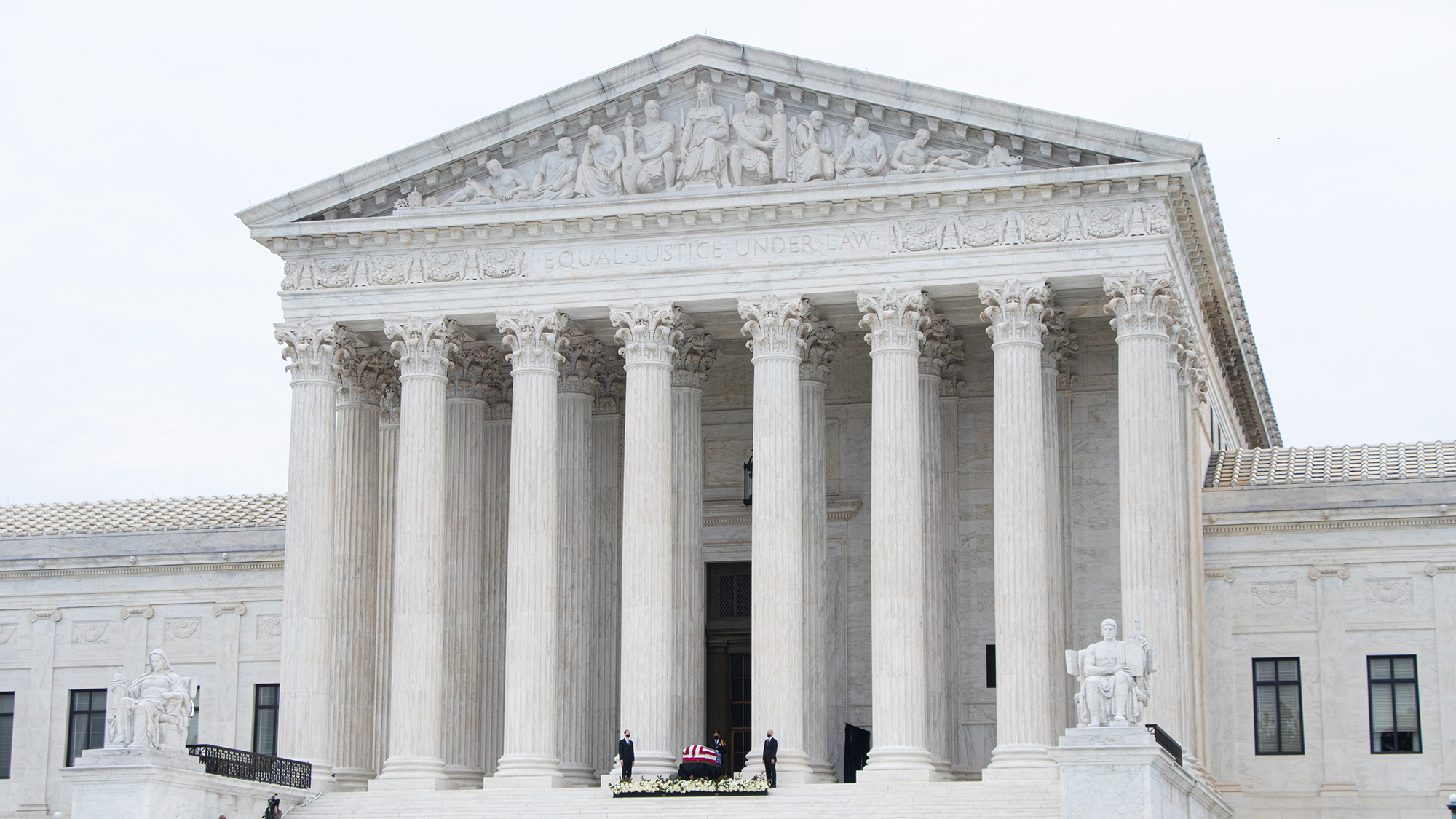 Mourners line up to pay their respects to Justice Ruth Bader Ginsburg in front of the Supreme Court on Sept. 24, 2020. (Julia Nikhinson/The Diamondback)

Since the Affordable Care Act was passed in 2010, the number of uninsured college students has been cut in half. But with the Supreme Court’s conservative majority on the brink of expanding, an upcoming ruling could put the legislation in jeopardy — and some students at the University of Maryland are concerned.

Though policy experts doubt the law will be repealed completely when it goes before the Supreme Court in three weeks, the stakes are high. With the Senate holding the final vote to confirm Judge Amy Coney Barrett to the high court on Monday and the coronavirus pandemic continuing to sicken thousands in the country every day, many students are on edge.

“I really hope the ACA doesn’t get repealed,” said Anu Sangraula, president of Public Health Action Through Civic Engagement, an organization at this university that provides information on community public health issues and encourages legislative action. “It just leaves a lot of people open for insurance companies to take advantage of them … and I think especially during a pandemic, that’s not something people should have to worry about.”

Sangraula emphasized her views are not representative of the organization as a whole.

When the ACA passed a decade ago, it was seen as the country’s most radical health care legislation yet. That reputation is reflected in the narrow vote for its passage — after revisions, the House of Representatives passed the bill in March 2010 with a 219-212 vote. Thirty-four Democrats broke ranks to vote against it.

The bill’s journey since then has been just as contested. Litigation on the ACA centers around its individual coverage mandate, which requires most Americans to enroll in health insurance and levies a penalty on those who don’t. In 2012, when the law first reached the Supreme Court, the justices determined the individual mandate is constitutional because of Congress’s power to tax.

But since then, the Trump administration passed a tax bill that changed the penalty for not enrolling to $0, making it unable to be enforced. That paved the way for Republican attorneys general to file a lawsuit, claiming that the entire law — or at least those provisions related to the individual mandate — are invalid, as the tax argument is no longer applicable.

A Texas district court struck down the bill in its entirety, but after an appeals court sent it back for further review, the Supreme Court swooped in to hear the case.

On Nov. 10, the court will decide on the constitutionality of the individual mandate once again and whether the bill and its most important provisions can survive if the Supreme Court deems it unconstitutional. But no matter what the justices decide, their ruling won’t be made public until next June.

The recent death of Justice Ruth Bader Ginsburg, who leaned left on the bench, adds to the uncertainty around the law’s fate. Barrett takes a conservative approach in legal rulings and has voiced concern toward the ACA in the past. Her confirmation would also bolster the court’s right-leaning majority to 6-3, making it more likely that some parts of the ACA are repealed.

But unless the Court approaches the law from a solely political standpoint, it’s unlikely the ACA will go away for good, said Dylan Roby, a professor in the university’s public health school.

“I don’t necessarily expect the entire law to be scrapped,” Roby said. “You will still see some nuance there around what is really unconstitutional about it, versus just saying the entire law should go away.”

Either way, the two provisions in the law that have helped cut the number of uninsured college students by half — the mandate allowing children to stay on their parents’ insurance until they’re 26 and the expansion of federal support for Medicaid in 39 states — are separate from the individual mandate, Roby said. If that part alone is repealed, the ACA will still protect college students who rely on these provisions.

Still, Sangraula said, the mere prospect of losing one’s health insurance could be detrimental for college students. Figuring out how to pay for medical bills in the event of an emergency distracts students from their education, she said.

And the individual mandate’s close ties to the rule barring health insurance companies from discriminating against people with pre-existing medical conditions, either by charging them more or refusing them coverage altogether, is still concerning, Sangraula said.

“Pre-existing conditions can happen at any age, and I think people forget that even younger people, college students, can and do have pre-existing conditions,” she said. “Not having insurance companies discriminate against those who have them, it’s just another way of making sure that health isn’t a privilege and it’s more of a right.”

A 2011 report from the Department of Health and Human Services further confirms Sangraula’s thinking: About 35 percent of people aged 18 to 24 years old were considered at risk for denial of health insurance due to a pre-existing condition that year.

The need for an individual mandate could become more apparent as more people develop pre-existing conditions from the coronavirus. Over eight million Americans have become infected with the virus to date.

Along with the threat to students with pre-existing conditions, the ACA’s potential repeal would affect students of color at disproportionate rates.

“I feel like the one thing that everybody’s feeling is anxiety and nervousness about it,” said Zahrah Siddiq, president of the university’s NAACP chapter. She says the thought of its repeal is especially scary amid the coronavirus pandemic, with Black and Hispanic people about two and a half times more likely to get the virus than whites.

Knowing how much the ACA has improved health outcomes for minority communities, and how much those improvements have been thwarted by the pandemic, makes it harder to understand why the law is so contested right now, Siddiq said.

“It’s very hard for a person like me to comprehend, why would you want to, I guess, take away opportunity for people in these communities to have health care,” she said.

There are still steps students can take to help ensure their health care is protected, Sangraula said. The most important step is voting.

The presidential election’s outcome will impact the future of health insurance in this country, with or without the ACA’s repeal. While President Donald Trump sees repealing the law in its entirety as a major goal for his administration, Democratic contender and former Vice President Joe Biden — who is favored to win the election by a large margin — seeks to expand on the ACA.

Biden’s health care plan would allow any American to enroll in an insurance option such as Medicare, a program designed for senior citizens and subsidized by the federal government, and would increase the value of tax credits given to lower-income Americans to reduce the amount they pay for health insurance.

The current president has pledged to lower insurance premiums and protect Americans with pre-existing conditions, though his administration hasn’t released an alternative plan to the ACA.

In all, Roby estimates that about 2 million young people gained health insurance through the ACA — a figure that’s hard to put in words. For Siddiq, it’s important students recognize the enormous impact the law has had on their peers.

“It’s important for people to just stay educated, and know, even if it doesn’t get fully repealed, even if it gets repealed a little bit, it will have a huge effect on how we live our life,” she said.

CORRECTION: Due to a reporting error, a previous version of this story misstated the number of young people Roby estimated to have gained health insurance. He estimated 2 million, not 6 million. This story has been updated.