After eight seasons, ‘Below Deck’ still reels in viewers 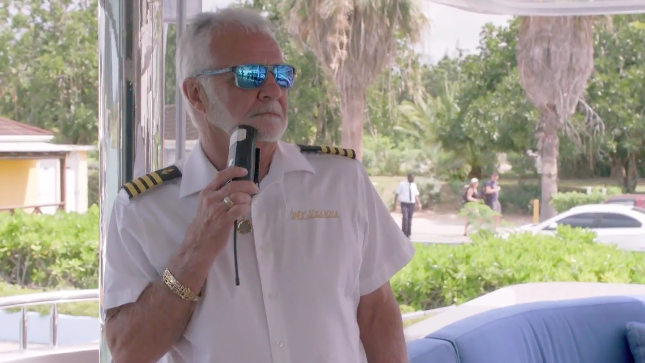 The new season of 'Below Deck' premiered on Bravo on Monday. (Screenshot via YouTube)

Over my uneventful quarantine summer, I powered through seven seasons of Below Deck, as well as four seasons of Below Deck Mediterranean and one season of Below Deck Sailing Yacht. But besides the ungodly amount of free time I had for this binge, what is it about the franchise that makes it so addictive to me? Production adheres to the same formula each season — the casting choices and storylines are predictable. But ultimately, that’s what makes it so captivating.

In case you don’t escape from the real world through Bravo reality TV like I do, Below Deck follows the lives of the crew on an extravagant charter yacht. Charters usually last about six weeks, and there’s a revolving door of demanding guests with a critical eye for luxury. Think Vanderpump Rules hits the sea.

Monday’s season eight premiere of Below Deck has already determined whether the show would adhere to the formula that makes the series so hard to turn off. Besides a couple returning crew members, there are plenty of fresh faces, and I can already see which character archetypes are being filled: the sultry deckhand, the flustered second stewardess and the no-nonsense chief stewardess. This season is starting out strong, with the personalities necessary to concoct the drama I know and love from this franchise.

The returning cast members are usually the captain and chief stewardess. Though we’re met with new personalities each season, these people work as the anchor to the cast, so to speak. It makes sense to keep the same captain as seasons pass — they’re the lifeline of the vessel. And Captain Lee Rosbach has reached icon status in the Below Deck universe. The feisty, lovable captain is known for his amusing one-liners and respectable leadership.

As the season opens to breathtaking shots of the Caribbean, Captain Lee likens the scenery to “putting on your favorite pair of blue jeans.” His narration greets you like a warm hug. I’m not sure if the series could go on without his presence. But viewers are met with that frightening possibility a few minutes into the premiere.

When Bosun Eddie Lucas arrives on an eerily empty yacht, he knows something’s awry. After calling Captain Lee to figure out his whereabouts, the episode cuts to the distraught captain at a medical center in Antigua. He broke a couple of ribs after falling in the shower, and his return to the yacht is unclear.

Eddie has to navigate the first day onboard without a captain. I knew it’d be fine — we see Captain Lee in plenty of promotional clips for the season. But the dramatic editing periodically takes us back to a distraught captain being wheeled away for tests. Will Captain Lee even make this charter season before it’s officially started?

An unsurprising spoiler alert: Captain Lee is OK. But even while his future on the vessel is uncertain, we’re met with new cast members who work well within the Below Deck formula.

Deckhand James Hough fits the archetype of a flirty deckhand who isn’t keen on working hard. “I wanna get in the sun, party a little bit and flirt with the girls,” he admits in a confessional.

Types like James almost always get romantically involved with a crewmate. He’s already flirting with not one, but two stewardesses on day one. Relationship drama is inevitable in this cramped yacht lifestyle. And, I’m sure people will make the same mistake of committing too quickly, just like in previous seasons.

One element that makes season eight less formulaic is our new chief stew, Francesca Rubi. The previous chief stew, Kate Chastain, reigned from season two to seven. Her often toxic workplace behavior was personalized with cutting-but-witty remarks. Taking on the chief stew title in Below Deck is intimidating and Rubi has big shoes to fill, so the new stewardess isn’t coming in hot.

I think Francesca has the potential to reach Kate levels of pettiness, though. Drama among the interior crew usually starts from overworked stewardesses. In the premiere, stew Izzy Wouters already seemed agitated when preparing a tray of espresso martinis for needy charter guests. The interior has a ton of responsibilities: catering to the guests, tidying up bedrooms and doing laundry. The chief stew can only be so considerate, and the constant nagging usually leads to conflict with her underlings.

Finally, the least formula-friendly plot device this season is something way beyond producer intervention — the coronavirus. In those stunning opening shots of Antigua, there’s a dateline of Feb. 11, 2020. This blissful scenery matches the unassuming energy of anything dated before the shitstorm of March 2020.

If the pandemic does end up shortening this season, that’s not really a bad thing. Though the first few seasons have no more than 13 episodes, the show has been extended in more recent seasons, dragging on a bit longer than we really need. On a yacht with cameras capturing virtually everything in cramped bunks and even the laundry room, there is no shortage of footage. Plus, this premiere has already given me the same recycled storylines I know and love. What more can you want from this methodical franchise?