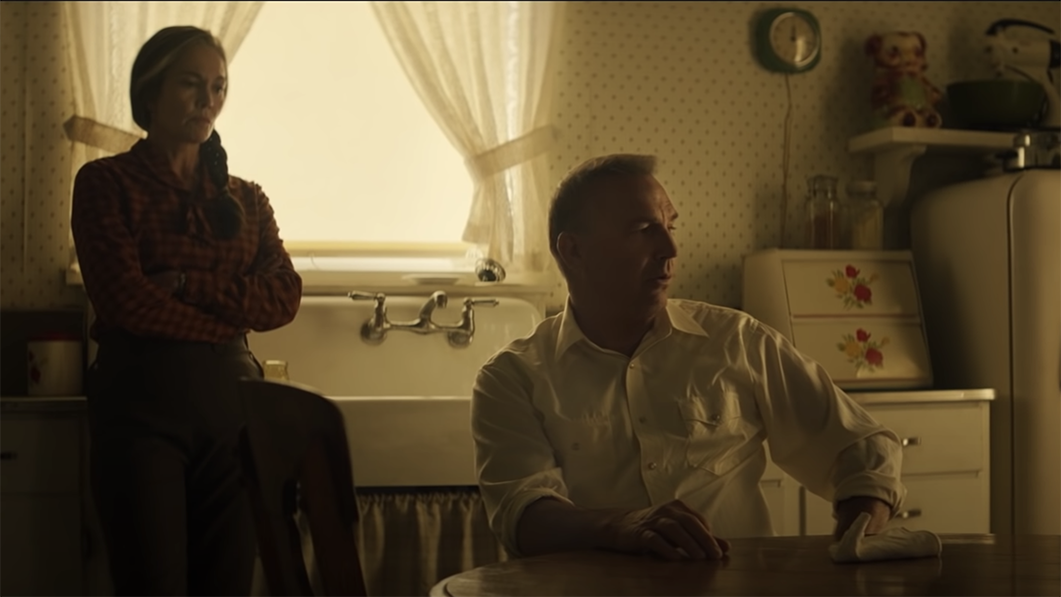 Kevin Costner has starred in just about every kind of movie. From Western period pieces such as Dances with Wolves, to sports films such as Bull Durham, to rom-coms such as Rumor Has It …, Costner has adapted to multiple different genres and done pretty well for himself. In his most recent project, Let Him Go, the Academy Award-winning actor tries to mix a number of those genres together. The result is … not one of his greatest successes.

Directed by Thomas Bezucha and based on Larry Watson’s novel of the same name, Let Him Go stars Costner as a grandparent who travels with his wife (Diane Lane) to rescue their grandson from a vaguely sinister family into which their deceased son’s widow has recently married. If that sounds confusing, then it’s an accurate assessment of the film.

As director, Bezucha has a keen eye for gorgeous landscapes and subtle touches that make the early-’60s setting of the film feel lived-in and realistic. However, when it comes to directing the actors, Bezucha can’t manage to produce an inspired performance. It’s not that he doesn’t have the appropriate talent around him: Three lead actors who have all been nominated for acting Oscars means there should have been some visible emotion rather than boredom. But boredom is all that Costner, Lane and antagonist Lesley Manville can muster on screen.

The problem is that everyone seems to be in a different kind of movie. Costner plays his role with a crusty neo-Western type of swagger and a kind of “I’m too old for this shit” ethos that makes it so he can always be brooding. Lane, on the other hand, is in full thriller mode, playing a deceptively docile parental figure who, when her grandson is threatened, turns into the most concerned helicopter grandparent you’ve ever seen. For her part, Manville hams it up as the big baddie, which is to say she’s the only person who looks like she’s having any fun in the film.

[Review: ‘Yes, God, Yes’ takes me back to my days of Catholic guilt]

The movie can’t figure out what it wants to be: It’s not scary or intense enough to be a thriller, even when it pulls out a literal incendiary finale, and it doesn’t quite nail the emotional beats that a thought-provoking drama would have. There are enough horse scenes to easily qualify it as a cowboy movie, but just like the other genres that are lightly touched on, it feels more like a reference to other works than a strong basis for the film itself. The noir feeling comes and goes as well, largely dependent on how committed Costner is feeling in any given scene. When he’s into it, the film can add some needed tension to the lugubrious proceedings. When he’s not into it, Costner basically blends into the scenery.

Ultimately, it feels like Let Him Go was very specifically made to cater to a demographic that’s perfectly willing to shill out a couple of bucks to rent it on demand: older, white and with plenty of pleasant memories of watching those old Costner movies. But you’d be better off renting one of those other movies than carving out two hours to see Let Him Go.