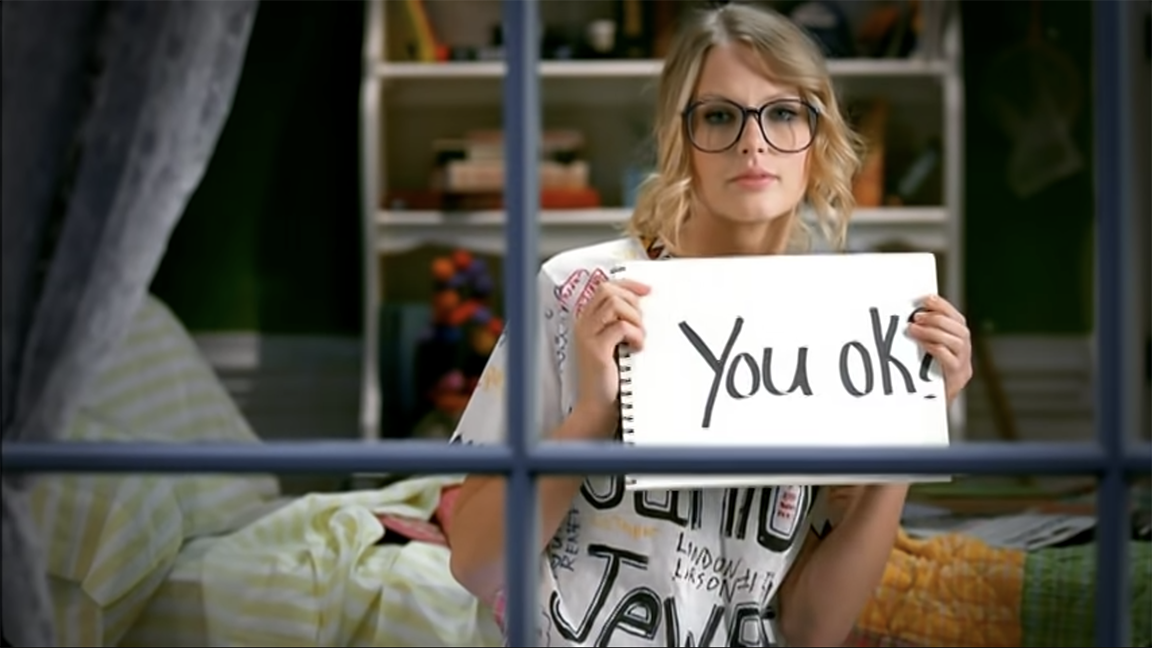 Taylor Swift now has the option to rerecord her first five albums. (Screenshot via YouTube)

Everyone on social media was buzzing on Nov. 1. Taylor Swift is now allowed to rerecord her music from her first five albums. Fans were ecstatic on Twitter, quickly blowing up the site with the hashtag #TaylorIsFree. And though I wouldn’t consider myself a Swiftie, I have gained a lot of respect for the singer over the years.

Last year, Scooter Braun — the manager of popular musical artists such as Ariana Grande and Justin Bieber — bought the rights to almost all of Swift’s music released by her former label, Big Machine Records. Starting this month, however, her contract allows her to rerecord her first five albums. With this new freedom, Swift can showcase growth in her voice and fans can listen to music owned by the artist herself.

The reason Swift might go through the effort of rerecording her old material is so fans don’t have to listen to old versions of her music — versions that she doesn’t profit from. No one else will take credit for her work but her. Swift can also now perform her songs on live TV — previously, Braun and Scott Borchetta, the founder of her previous record label, claimed it would be “rerecording” her music before her contract allowed it.

Music ownership can be a complex issue in the industry. Swift released her first album at 16 and gave away the rights to her signature recordings at such a young age. It must be frustrating as an artist to battle with big labels over a contract you signed as a kid.

After watching Swift’s Netflix documentary Miss Americana earlier this year, I saw her in a whole new light. I remember a few years ago when everyone was on the Swift-hating bandwagon and I just wanted the world to leave the poor girl alone. My heart hurt as, throughout the documentary,  Swift showed us how much of her life she spent relying on other people’s opinions of her. But she needed to find her own freedom.

I used to listen to Swift’s old music in middle school, but then I stopped listening to her for a while. In the past few years, I’ve grown to enjoy her music again. I loved the album folklore, which she released over the summer. I’m still obsessed with the songs “cardigan” and “exile,” which features Bon Iver. The album was honest and moody with an indie-folk change of pace. Despite not listening to her for a few years, now I proudly call myself a Taylor Swift fan.

Now, we might all be able to listen to Swift’s music — owned by Swift. Her fanbase will always remain strong, but this is an opportunity for her to bring back listeners she’s lost and possibly grow her audience. She will rerecord fan favorites, songs that make you feel good inside. Rerecording her music will give fans an incentive to purchase the new material instead of listening to the old versions. Swift can still recreate her old songs while showing how her voice and range has grown over the years. Last year, Kelly Clarkson suggested Swift should put new art on the recordings so fans will no longer buy the old versions.

Scrolling back through her old albums, I forgot how many bangers she had. Songs such as “Begin Again,” “22,” “Our Song,” “Dear John,” “Blank Space, “You Belong With Me,” “I Knew You Were Trouble.” Songs to belt, songs to cry to, songs to make you feel something. These were the songs that made me love Swift as a young girl. Bringing this energy back with Swift’s matured voice has the potential to be electric.

There’s nothing better than listening to throwbacks you forgot about. Playing Swift’s old music takes me back to better days — days when we weren’t bracing for the aftermath of a contentious election. For a while, the singer was hesitant to discuss her political beliefs, but now she has found her voice. She’s been extremely vocal about supporting presidential candidate Joe Biden and his vice presidential candidate, Kamala Harris. This voice has come with her overall growth and newfound freedom from other people’s opinions.

The rerecorded music will feature Swift’s adult voice with her teenage energy — a voice that’s not afraid of other people’s opinions.

I have a lot of respect for Swift. She hasn’t had an easy career. Swifties are ecstatic right now, but frankly, I think everyone should be ecstatic. Young artists should be in control of their music, and it’s sad when they have to fight for something they created. I’m excited to see Swift rerecord her music with her newfound voice. If you see me screaming TSwizzle songs to drown out my election anxiety this week, don’t be surprised.