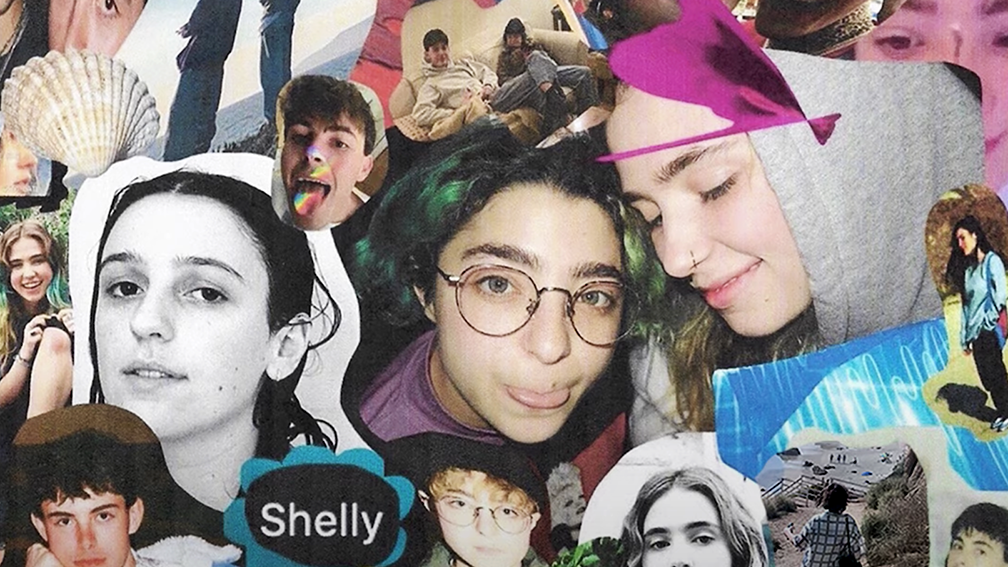 There’s a new band in town, and it goes by the name of Shelly. The group features bedroom pop darlings Clairo and Claud, as well as their friends Josh Mehling and Noa Frances Getzug. Their debut extended play’s A/B sides consisted of “Steeeam” and “Natural.” Shelly recorded these songs in their respective cities of Los Angeles, Chicago, Houston and Atlanta during quarantine, according to a recent Instagram post from Clairo.

Clairo sings lead in “Steeeam,” a chill jam with a more rock-infused sound than her most recent solo release Immunity. The song’s twangy electric guitar and relaxed drums make up the instrumental, and Clairo’s nasally voice is coated in a soft reverb, which suits her well. The listener can barely make out the lyrics, which adds to the track’s mystique. It’s groovy and reminiscent of modern surf rock bands, such as Vundabar and Surf Curse. Getzug harmonizes with Clairo during the second verse, adding depth to the song.

Coming in at just under three minutes, the highlight of “Steeeam” is the outro, where Clairo’s voice shines the most.

[Allbirds’ first apparel line brings nothing new to the table]

“Sitting here, on my own, oceans away / Breathe in, keep it to myself I guess.” This line is so good. The inflection in her singing feels like she’s putting it all out there with lyrics straight from the soul. She stresses certain syllables at the end of phrases, creating a fascinating pendulum of sound.

“Steeeam” is cozy and comforting but also plays it safe. Clairo should have built upon the strength she demonstrated with her vocal experimentation and tried it out earlier in the song.

Shelly’s B side, “Natural,” also comes in at under three minutes. It has an ’80s pop synth over a twangy guitar and electronic drums. Listeners hear Getzug alone in the second verse, a nice change from only hearing Clairo. It’s a cute, sleepy pop song. But the song feels too short — even a quick bridge would’ve been a small but substantive change. The group would benefit from letting their songs breathe instead of constricting them with brief run times. This would also give them more time to go into propelling the instrumental solos that elevate their sound.

But the second verse makes itself evident because it was so lackluster. “I should be celebratin’, but it’s too devastatin’ / I want her all the time / I want her all the time.” This line is childish at best, compared to the first verse. Internal rhyme doesn’t automatically destroy a verse, but that singular rhyme felt like it was propping up for the entire verse. Getzug’s textured and imperfect singing voice is an intriguing added layer, but that rhyme took me out of her voice and the song’s magic.

Overall, for a debut A/B side, “Steeeam” and “Natural” are great. Shelly has a united sound, and the songs resemble Clairo’s recent dive into slower pop music with guitars and drums instead of her old sound of synths and drum pads. It’s important to acknowledge that, since these songs were made during quarantine in different locations, it probably took a more intense effort to complete the tracks.

Whether the group had asynchronous sessions or not, technological barriers still must have provided some difficulty. Shelly’s first two singles might best display the talent and coordination required to make cohesive music from hundreds of miles apart.