Live updates on the presidential election 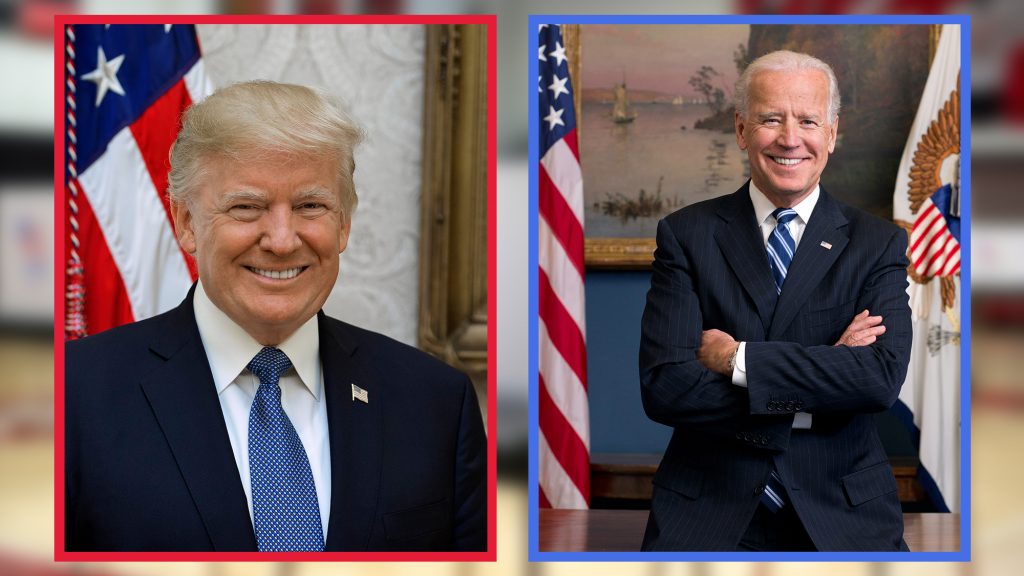 Joe Biden will be the 46th president of the United States, per the Associated Press. The former Vice President won Pennsylvania, giving him 20 additional electoral votes and pushing him over the edge to 284 electoral votes.

Biden wins Michigan, putting him at 264. He’s just six electoral votes away from the 270 needed to win. Trump has 214 electoral votes, with the key swing states of Nevada, North Carolina, Georgia and Pennsylvania yet to be called.

Biden wins Wisconsin and its 10 electoral votes, bringing the former vice president to 248, according to AP. Trump won the state in 2016. The president’s campaign announced earlier today it would seek a recount.

Trump picks up the last remaining Electoral College vote in Maine, per the Associated Press.

Biden wins three electoral votes in Maine, taking the state. As in Nebraska, Maine awards Electoral College votes by House district. Trump could still pick up the last electoral vote here. The race to 270 remains tight, with Biden at 238 votes and Trump at 213. Seven states have yet to be called.

Biden takes Baltimore City — the last county in Maryland to update its results — with 87.8 percent of the vote.

Eight states have yet to declare a winner. Here are the major ones still missing: Pennsylvania, Michigan, Wisconsin, North Carolina and Georgia. Biden and Trump remain in a close race — the former vice president has 236 electoral votes and the president has 213.

Trump wins Nebraska and four of its five electoral votes. Biden picks up one electoral vote because the state allocates electors based on a proportional representation system, not the common winner-take-all. Nebraska and Maine are the only states who use this system.

Trump wins Texas and its 38 electoral votes. The president won Texas in 2016, though the state was more heavily contested this year. Now, Trump has 212 electoral votes to Biden’s 223 in what is becoming a very tight race.

Trump and Biden have addressed voters during what is becoming a tight race. Speaking from Wilmington, Delaware, Biden announced to supporters that his team believes he is on track to win the election.

“We feel good about tonight,” he said to applause and the sound of car horns honking. “We really do.”

The former vice president said his campaign is optimistic that he will win Michigan and though he said it will take time for the votes to be counted in Pennsylvania, he said his team is confident he’ll win in that state, too.

“Keep the faith guys, we’re gonna win this,” he said.

Meanwhile, Trump addressed voters on Twitter, claiming that Biden’s team is trying to “STEAL” the election.

We are up BIG, but they are trying to STEAL the Election. We will never let them do it. Votes cannot be cast after the Polls are closed!

Trump wins Florida and its 29 electoral votes. That puts him at 174 electoral votes, tightening up the race. Florida is a swing state that went to Trump in 2016. Only ten states are left to determine the election’s fate. All eyes are on Pennsylvania, Michigan and Wisconsin.

Biden takes Anne Arundel and Calvert counties, garnering a bit over 50 percent of the vote. Trump, on the other hand, takes six counties: Cecil, Dorchester, Garrett, Kent, Somerset and Washington. Of the counties Trump has won so far, he took the most votes in Garrett County – amassing 79.3 percent of the vote.

Trump wins Ohio, Iowa and Montana, garnering 27 electoral votes. This puts him at 145 electoral votes compared to Biden’s 213. Ohio and Iowa are among tonight’s critical swing state votes. Trump won both back in 2016.

Trump takes Kansas. He now has 98 electoral votes, compared to Biden’s 131. Twenty-seven states have been called so far.

Trump wins South Carolina and he now has 22 electoral votes.

Biden wins Virginia. He now has a total of 16 electoral votes.

Biden wins Vermont, according to The Associated Press. Biden now has 3 electoral votes. Trump wins Kentucky and West Virginia, per AP. That gives the president 13 electoral votes in the race for 270.

Click here to read more of The Diamondback’s 2020 election coverage.