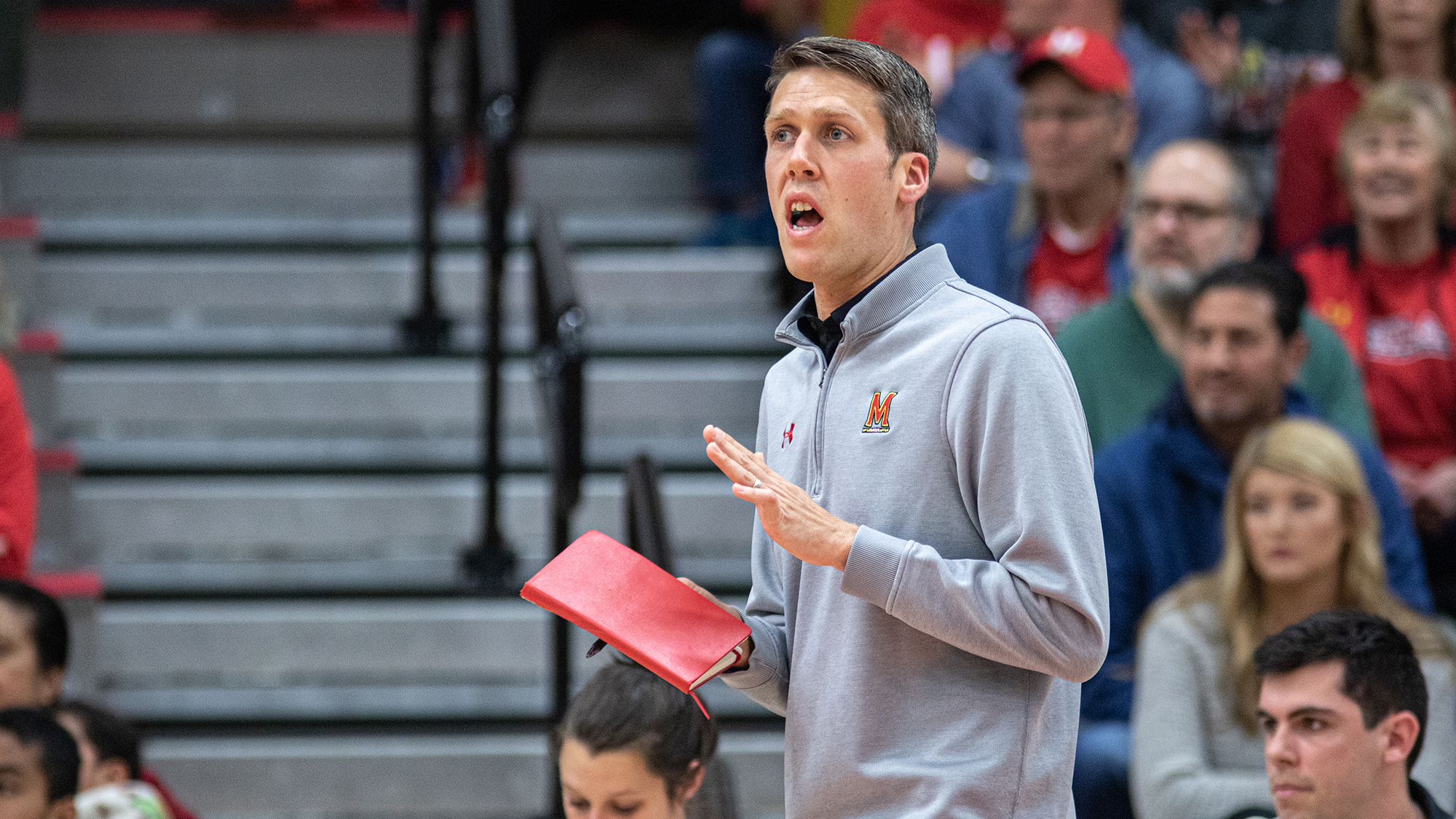 Usually, as Maryland volleyball gets into the brunt of its season, it pushes for fans to fill Xfinity Pavilion. But this year, the Terps are encouraging students to pack the pavilion for a different reason.

Volleyball practices have temporarily moved from the pavilion to the Reckord Armory to make room for early voting in the run up to the presidential election.

While normalcy is important to coach Adam Hughes, Maryland volleyball is more than happy to make the switch to give students and faculty a place to vote on the campus, he said.

“Hell yeah,” Hughes said he remembered saying when administrators at this university asked if they could use the pavilion as an on-campus voting hub.

Hughes spent Wednesday afternoon volunteering at the polls at Xfinity with assistant coach Kyle Thompson and athletic trainer Melissa Pforr. Pforr stood at the door with hand sanitizer while Hughes handed out clean pens for voters.

[Maryland volleyball is taking advantage of the season’s delayed start]

“It was really cool to see everyone come in,” Hughes said. “There was so much energy around it, I was kind of surprised by that … There were so many people just excited.”

Hughes cast his vote at the pavilion, and sophomore middle blocker Cara Lewis plans to do the same. It’s an experience the Terps haven’t taken for granted, either.

“It’s a really cool thing to be able to say you’re voting in your own gym at a local election site,” Hughes said. “That’s pretty rare.”

Hughes’ squad understands the importance of voting and being well-informed about their options. Hughes said he’s pretty sure every player on the volleyball team is registered to vote, and they’ve spent much of their free time discussing the value of making themselves heard both on and off the court.

Native Marylanders such as Lewis plan to make that familiar trek to Xfinity Pavilion to cast their ballots. Meanwhile, out-of-state players have already figured out their method.

“We really talked about registration. We also had people outside of our team help us learn how to register for different states if we’re not from Maryland, how to get our ballots if we’re not voting in person, just things like that,” Lewis said.

This university’s athletic department has stressed the importance of voter turnout and social justice in recent months, pushing athletes to make their voices heard — whether that be on social media, at protests or at the polls. This summer, Maryland athletics announced its VoTERP campaign, an initiative supporting voter registration and encouraging participation in this year’s general election.

Hughes and Lewis are hopeful this emphasis on social work will pay dividends in the future, with a young and socially-conscious generation leading the way.

“I believe Gen Z is building the future, a better future,” Lewis said, “That’s why it’s really important for us to vote because we are the future and what our country is supposed to be in the next few years.”