‘Someone Has to Die’ could have been an amazing drama, but it’s too short 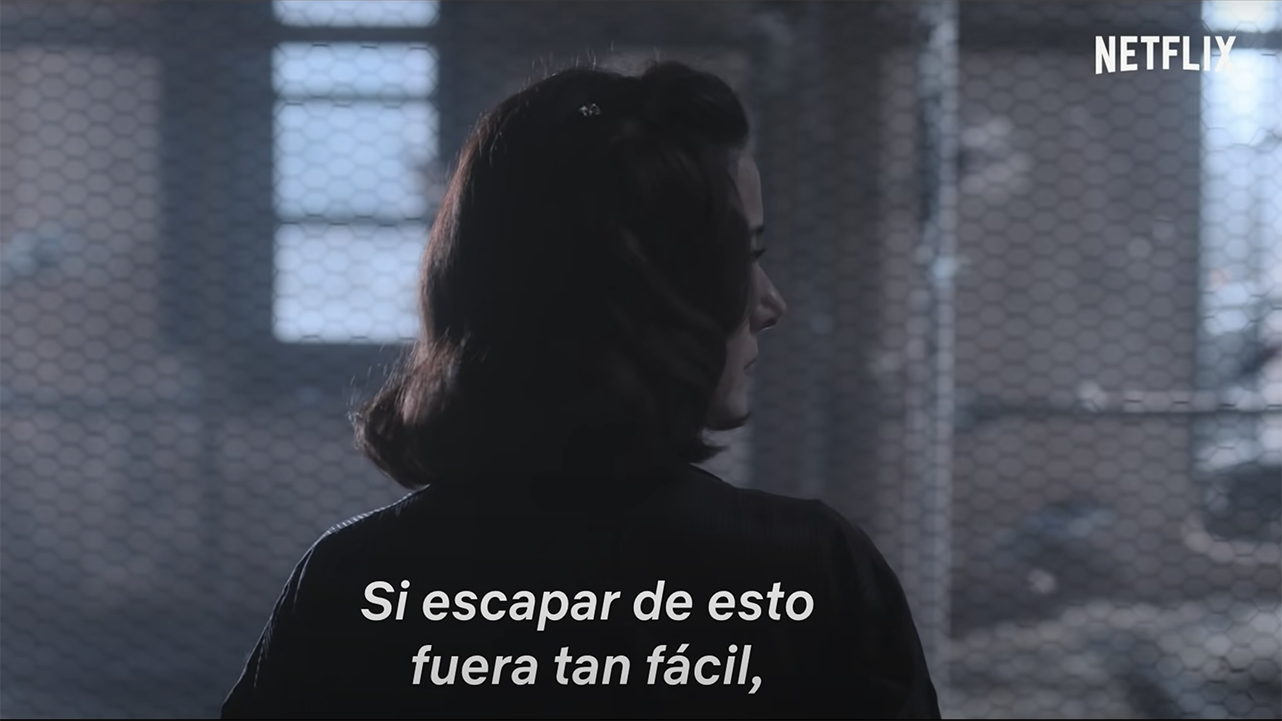 This article contains spoilers for season one of ‘Someone Has to Die.’

Manolo Caro’s latest Netflix series Someone Has to Die (Spanish: Alguien tiene que morir) foreshadows, from the very beginning, a depressing series of events that eventually leads to a tragic ending. But even then, the show’s title is quite misleading — the dramatic finale features not just one death, but four quick and infuriating deaths.

Someone Has to Die almost gets everything right — the acting is phenomenal, the scripts are poignant and the cinematography is artfully muted, which thematically reinforces the bleak plotline. The theme song is both beautiful and haunting and does a great job of adding an extra bit of suspense during the most critical scenes.

The only problem with the three-episode series? It’s way too short.

In those three episodes, the series reveals a collection of interconnected secrets that plague a small and wealthy town in Spain during the 1950s. A young man is punished by his family for his homosexuality; a married woman is chastised for having a forbidden affair with a young Mexican male ballet dancer; and a Spanish matriarch is exposed for killing her own husband with a hunting rifle.

The show depicts conservative Spain, which was then under the dictatorship of Francisco Franco, as a place where women, Mexican immigrants and the LGBTQ community faced oppression at the hands of the overpowering Spanish patriarchy. Women were abused and belittled by their husbands; gay men were thrown into government-owned correctional facilities and fed live cockroaches; Mexican citizens living in Spain were labeled as “communists” and treated like dirt. But rather than standing up together against their shared oppressors, the communities sought to pit themselves against each other and overpower one another, leading to nothing but spite.

Clearly, a lot unfolds throughout the series and it’s all heavy and tense — happiness is a rare and uncommon sentiment. With only three episodes, the series feels rushed with too many unanswered questions and forgotten storylines. In the third episode, many background characters, such as Rosario and Alonso Aldama, got caught in major conflicts, all of which would have made the series more unsettling had they been explored further.

It would have been great to learn more about Rosario, the noble Falcón family’s maid and her son, who only showed up briefly to announce his father’s sudden death in prison. Did members of the Falcón family play a role in Rosario’s husband’s death? How did Rosario deal with her guilt toward Mina Falcón after she went behind her back to help Amparo Falcón cover up her murderous past? Considering that Rosario was manipulated by Amparo, Rosario should have been the one to kill Amparo in the final death sequence — that would have made the finale more surprising and satisfying.

Speaking of the final death sequence, the quick minutes of bloodshed felt confusing because random characters were killing each other without any particular motive or backstory for doing so.

Before the grand killings, Gregorio Falcón encourages his son Gabino Falcón to shoot Gabino’s mother, Mina Falcón, and his friend, Lázaro, after they are both caught having sex in the woods. When Gabino resists, Gregorio then pulls the trigger on his own son and chastises him for being gay and bringing shame to the Falcón family. In a moment of heat, as Gregorio slowly pulls the trigger to kill his own son, Alonso suddenly appears and fatally shoots Gregorio.

[What your dream Le Creuset item says about you]

It’s a bizarre moment because Alonso didn’t even have much of a relationship with Gregorio — there was no preexisting spite or discord between the two that sufficiently explains Alonso’s motives. If Rosario had killed Gregorio — the same man who was responsible for her husband’s imprisonment — that would have made for a more cutthroat and understandable death scene.

At the end of the series, only Gabino and his mother, Mina, are alive, which was expected considering they were the main protagonists in the show. I was rooting for Amparo, the show’s ruthless villain, and would have liked to see her live just to add more spice to the show. Unfortunately, Amparo was killed by her grandson Gabino. Perhaps that was meant to be a powerful moment — an estranged grandson finally having the guts to stand up to his cunning and murderous grandmother. But it just felt expected and, once again, rushed.

Someone Has to Die is set as a limited series so I’m not sure if the show will have a short-lived future, or any future at all. Perhaps in the second series — if there is one — it should further explore the rift between the Falcón and Aldama families, considering that members from each family killed each other in the season finale. Rosario also deserves more screen time and so does Carlos, a gay man who bonded with Gabino while the two shared a room in prison.

But in all honesty, with the way the show abruptly ended — killing off all the villains and only leaving the protagonists alive — I’m not sure how the second season could even continue to expand upon the plot. Perhaps Caro has some surprises up his sleeve and Gabino and Mina will soon face a new set of demons.