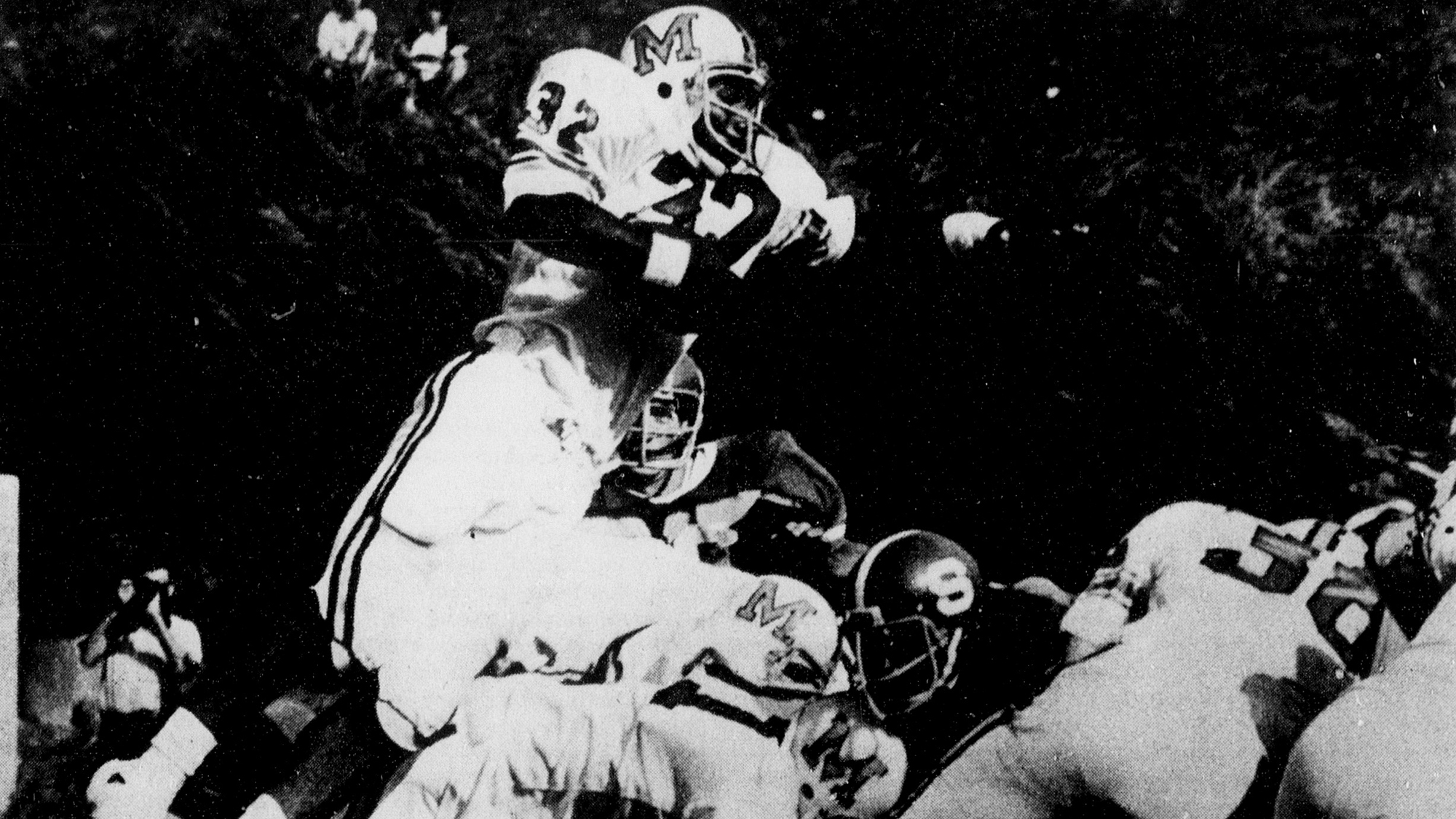 Louis Carter plunges over a pile of defenders for a Terp touchdown in October of 1973. (Eric Moseson/The Diamondback)

The Laurel native earned All-Metro honors in football and track while at nearby Arundel High School, eventually signing on to a strong 1972 Terps squad which featured Pro Football Hall of Famer Randy White.

Carter dazzled with the ball in his hands, quickly establishing himself as one of the most explosive threats in program history. He racked up over 2,200 yards and 25 touchdowns with the Terps — tied for the sixth-most in Maryland history. Perhaps his finest moment with the Terps came in the 1973 Peach Bowl, racking up 126 yards on the ground and hurling a touchdown in the air as Jerry Claiborne’s squad came up just short against a stacked Georgia team, falling 17-16. For his exploits, Carter was named the game’s most outstanding offensive player.

Carter left Maryland for new pastures after his senior campaign, getting selected in the third round by the then-Oakland Raiders. He played one season in Oakland, eventually joining the Tampa Bay Buccaneers. And despite modest rushing stats, Carter’s name is uniquely woven into the fabric of the franchise’s existence — he threw the first touchdown pass in Buccaneers history in 1976.

Carter would play two more seasons with the Buccaneers, drifting out of the league by the time he turned 26. However, his legacy with the university, and the state more broadly, remains intact: in 2016, Carter was inducted into the Maryland State Athletic Hall of Fame, a fitting tribute to a player who ranks as one of Maryland’s greatest ever.