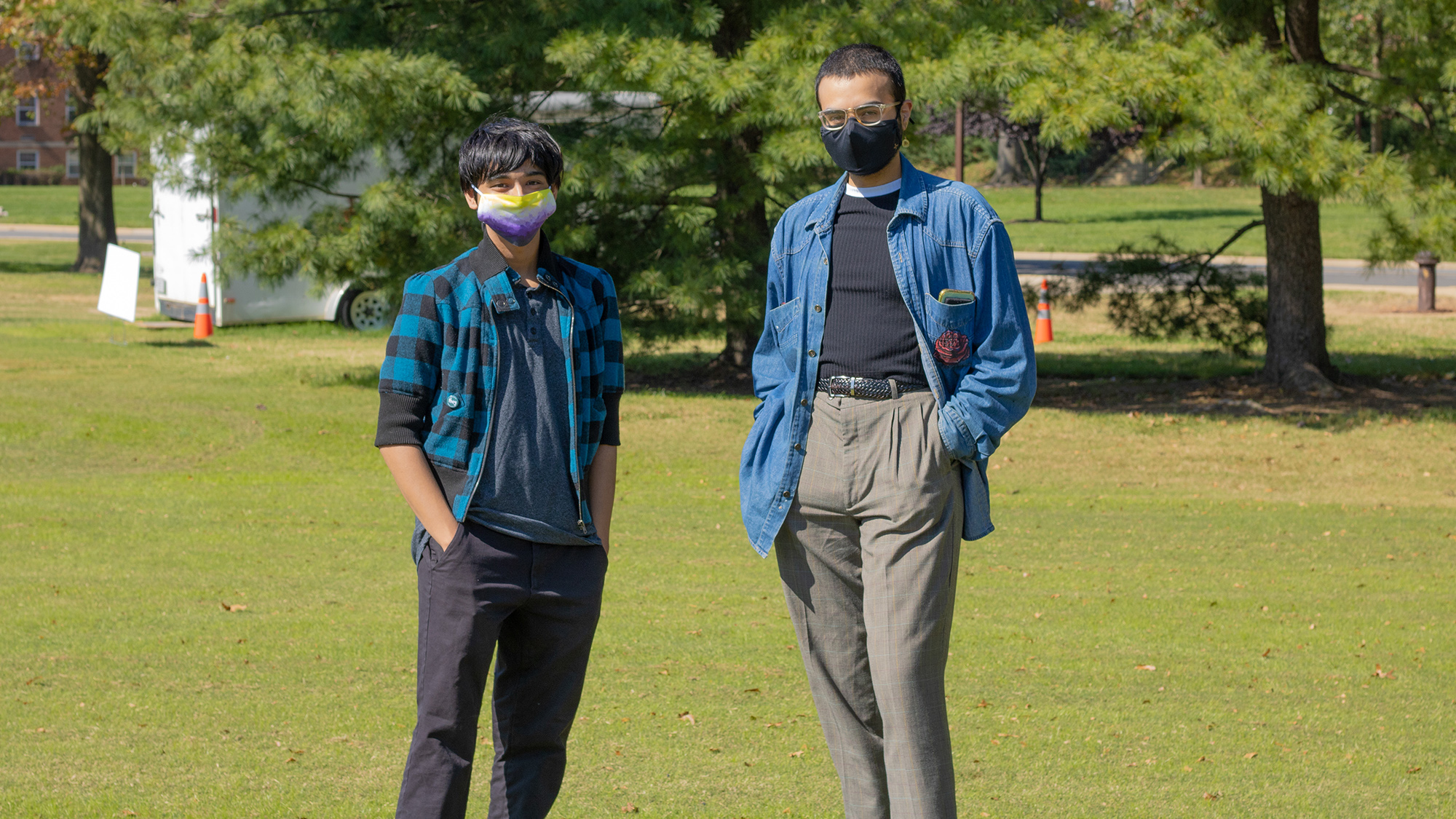 A majority of LGBTQ+ university students have faced increased psychological distress amid the coronavirus pandemic, according to a national survey published last month by the University of Maryland public health school’s Prevention Research Center.

The survey, developed by student group LGBTQ+ Students and Allies in Public Health, also revealed that nearly half of LGBTQ+ students often felt isolated from others during this time. That isolation came with academic difficulties and increased reliance on alcohol and cannabis, according to the study.

Compared to a similar survey of LGBTQ+ college students in California in 2017, this university’s public health school survey, which uses the same clinical indicators, reveals a 17 percentage point increase in the number of students facing psychological distress.

“In some way, everyone was impacted by the pandemic,” said John Salerno, the survey lead and a doctoral student in the public health school. “LGBTQ students specifically had the potential to go back to a space where their families were not affirming.”

Salerno and other researchers attribute the steep decline in mental health to a shifting living situation for many LGBTQ+ students during the pandemic. Most students moved off-campus when the virus first took hold, and about 82 percent of those surveyed said they moved back in with their parents.

Many returned to an environment that was not as accepting of their identities as their college campuses or even outright unwelcoming, the researchers said.

The survey results supported their hypothesis: 30 percent of students reported hearing their families make negative comments about LGBTQ+ people more often; even more reported hiding their identities from others.

The increase in stress that came with returning home, and the heightened feelings of social isolation, also reveal the vital role that on-campus organizations play in supporting LGBTQ+ students, Devadas said.

Devadas is a facilitator for True Colors of Maryland, an on-campus group for LGBTQ+ students of color. He said his involvement in the program has brought a sense of solidarity in the face of hardship and made him feel less alone.

“The community plays a huge role — it plays a gigantic role — and I think definitely cannot be underestimated,” Devadas said. “And the [organizations] here do a great job, but they can only do so much right now during the pandemic.”

The survey results also revealed how the last few months have presented unique challenges for LGBTQ+ students of color, raising new questions among researchers about the meaning of intersectionality within the community.

Thirty-seven percent of students of color surveyed experienced an increase in white LGBTQ+ people saying racist things compared to before the pandemic. Additionally, 38 percent of those students felt an increase in mistrust of white people within the community.

Salerno noted the police killing of George Floyd just a few months into the pandemic — as well as the political climate surrounding massive protests for racial justice — likely added to feelings of marginalization in the LGBTQ+ community amongst the people of color surveyed.

Those events, compounded by the fact that minority populations have been disproportionately impacted by the coronavirus pandemic, echo the reality LGBTQ+ people of color face: barriers to acceptance in both their racial and ethnic communities and their sexual orientation or gender identity communities, Salerno said.

“Just because you’re a member of the LGBTQ community, it doesn’t exonerate you from your white privilege,” Salerno said. “That’s something that I think there needs to be more discourse around.”

Researchers also included a series of recommendations for university administrators in their report, based on the survey results. The team suggests collecting more data on sexual orientation and gender identity of students, connecting LGBTQ+ students to support services on and off the campus and adopting policies that allow student records to accurately reflect pronouns and gender identity.

M Pease, a co-author of the survey and a junior psychology major, said helping LGBTQ+ students during this time starts with having administrators and faculty understand the heightened stress facing these students.

“I think what threads all of this together is having empathy for the issues we’re trying to elucidate here and translating that empathy into tangible action,” Pease said.

In the coming weeks, the survey’s co-authors and members of the LGBTQ+ Students and Allies in Public Health will meet with officials from the university’s Counseling Center and LGBT Equity Center to discuss the survey and come up with ways to further aid students, Devadas said.

The club is also planning on meeting with student organizations devoted to anti-racism and social justice, ensuring their research — and the action that comes out of it — addresses intersectional identities within the LGBTQ+ community.

“We are very much based in public health practice, so we understand that that is an all-consuming and interconnected topic,” Devadas said. “If we remain isolated in the School of Public Health, that will do no one good.”