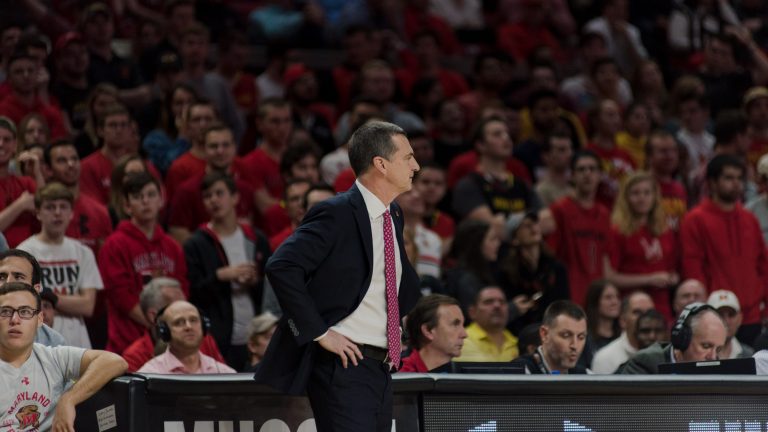 The Arlington, Virginia, native is head coach Mark Turgeon’s first 2022 recruit, building off of an impressive 2021 class which ranks No. 11 in the country, per 247Sports.

The No. 19 point guard in the country, Lewis received offers from Louisville, Georgetown and Old Dominion, among others, before declaring his intent to move to College Park.

Lewis’ decision is significant for the Terps, particularly as they’ll be looking to replace the production of guards Eric Ayala and Aaron Wiggins, both of whom are set to depart after the 2021-22 season. While the Terps’ 2021 class is rife with talent, none of their three signings — Ike Cornish, James Graham and Julian Reese — are point guards.

And while it remains to be seen if Lewis can uphold Trimble’s legacy, Turgeon’s latest signing adds to the optimism surrounding the Terps’ future, even if there’s uncertainty as to how it will look when they return to the court.