We are all voyeurs at Zoom University 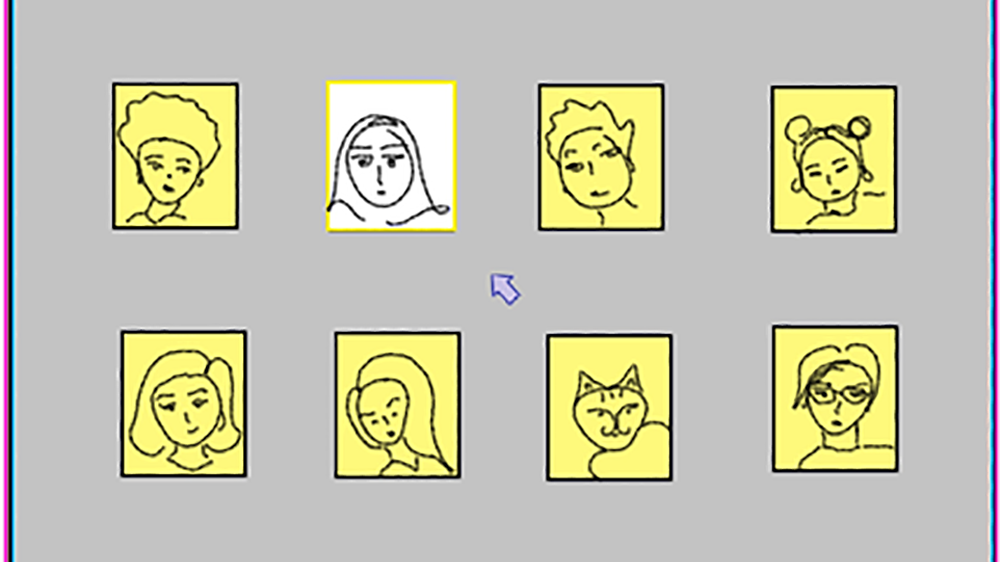 A Zoom feature puts the private in public. (Illustration by Elana Morris/The Diamondback)

Do you know about the “pin” option on Zoom? If you right click on someone’s little window and select “pin,” you can magnify them so they appear as the primary face on your screen, even while someone else is talking. It’s an unnerving and addictive little trick: an opportunity to observe someone who thinks they are practically alone.

The feature offers the same appeal that an illuminated window at night presents. You can see a snug little kitchen, a family sitting down to eat; maybe you’ll witness a domestic dispute or a cat in a reading nook, its owner hunched at the counter with a phone and a packet of biscuits. We are a disconnected world; voyeurism remains one of the only viable methods of connection, and it is woefully one-sided.

I will readily admit that people-watching is one of my most beloved pastimes. But the pandemic has made this hobby harder; we are all so much more physically reserved when we are outside, if we go outside at all. So I have been relegated to rear window watching, an entirely more sinister affair.

The first week of school, I discovered that my on-campus apartment building formed a symmetrical U-shape, and my narrow monastery window directly faced an identical window across a courtyard. I lifted my blinds and sat down to work at my computer, only to look up and see a boy about my age crouched at his own computer. We made brief eye contact and looked away, like two unaffiliated insects nibbling the same pothos leaf.

I snuck a look during my morning class; the boy across from me was there, with a mop of curly hair and horn-rimmed glasses. I left the room for a minute to refill my cup of tea, and when I came back, his blinds were down. I sucked in a breath of despair. There was no one to watch but myself. I pulled the vanity mirror from the corner of my desk in front of me and sighed.

One of the rare joys of Zoom is the thrill of texting someone you’re in class with and watching their reaction in real time (I’m sorry professors, but we’re all doing it). I attended a meeting a couple weeks ago in which a few attending members and I share a group chat. “Do y’all pin people just to look around the room?” one person asked in the group chat, as the professor outlined the agenda.

I looked back up at my computer screen, where eight out of 12 attendees looked downward, dazed, their phones just out of frame. I navigated to his face, right clicked, and there it was: “pin video.” I pressed it.

[In America We Manifest: A trending mindset for a sense of direction]

Suddenly, his face transmogrified and filled my entire screen, a behemoth version of my gray sweater-wearing classmate. I suppressed a shriek, though it wouldn’t have mattered, as my microphone was muted. He grinned. The meeting continued around us, but we were having a totally separate interaction — not unlike one usually consigned to a real classroom, in which minute expressions and verbal asides make for a rich textural experience (pardon me as I get nostalgic).

It then occurred to me that if two people agreed to pin each other during an online class, they could technically enter into a sort of mind-meld, whereby the class was simply the terrain for an entirely silent conversation. The only problem is that others might start to catch on. College students have a sharp radar for hinky situations.

In the contest of public versus private lives, the latter is far more alluring — and equally taboo. Walk outside an apartment building and peek in the windows, and you’ll eventually look away out of politeness — or maybe just to avoid being a creep. But pin someone’s window on Zoom and watch their private reactions, and you may become addicted. This is the same as a thorough social media stalk, but with 10 times the detail.

You may not be able to see a person’s political affiliation, their Bermuda vacation or their relationship status (complicated, always), but you can see the way they are attempting to style their grown out hair, the pictures they chose to put up on their bedroom walls, the way their eyes unfocus and train on a nearby window. What are they thinking? What do they want, today or any other day?

It’s always easy to tell when a person is on their phone. They look down, hyper-focused but not entirely present. They disappear a little. Then they laugh at something on this second, private screen, and they come back into focus.

They know they’re being watched. We all are, on this panopticon of an app, a space in which we are completely, endlessly witnessed and yet unnervingly non-corporeal. But we tend to watch our friends, our crushes, the people in our classes who pose some personal interest to us. Instead, find a stranger in your class or meeting and right-click into their life, and you’ll find that nothing is planned, considered or aware. Everything is unknown.

Except, of course, when it’s not.

I looked through my window the other day to look at my neighbor, in a ritual that now felt commonplace. He was there, as usual, hunched at his computer, yellow shirt, glasses, cowlick curl. Familiar.

And then I realized.