In America We Manifest: A trending mindset for a sense of direction 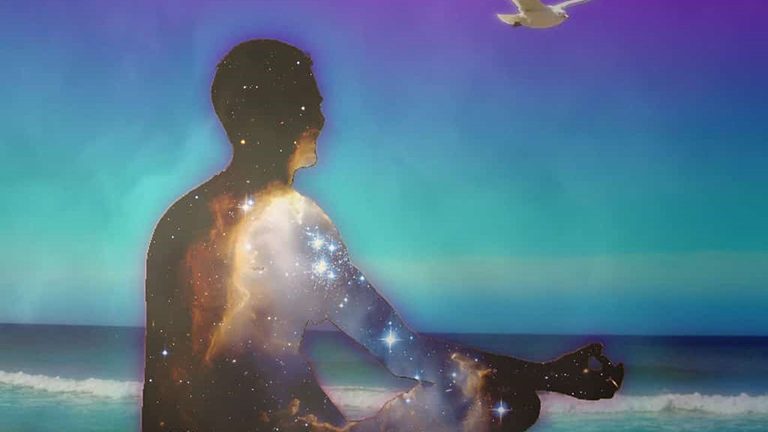 Manifestation is one thing younger generations have turned to recently. (Illustration via Wikimedia Commons)

In 2006, Rhonda Byrne’s self-help book The Secret hit shelves and crowded nightstands across America. It was a massive success. Oprah professed her love for the book and said its message was what she had been “trying to share with the world on [her] show for the past 21 years.” Her legion of fans rose up and claimed the text as scripture; it’s now sold more than 35 million copies.

The Secret has two film adaptations; one a documentary, the other a narrative starring Katie Holmes as a down-and-out single mother who meets a handsome handyman type and subsequently learns from him how to positively think her way to a better life. My mother read The Secret; for a month, it disappeared and reappeared mysteriously in different areas of the house, its iconic wax-seal “S” cover imprinting itself onto our retinas.

The Secret proposes that, by subscribing to a radical method of positive thinking, everyone can get what they want simply by acting like they already have it, or “manifesting.” Byrne calls this “the law of attraction.”

“Everything you have ever wanted — unlimited joy, health, money, relationships, love, youth — is now at your very fingertips,” she wrote.

What happened to The Secret? Like all fads, it sort of disappeared — at least, I stopped hearing about the book. But the language of The Secret — positive thinking, attraction, manifestation, intention — has seeped into mainstream internet vernacular. “I am manifesting” is a common caption on Twitter, where users jokingly use it to express their desire for relationships, real estate aspirations and artistic collaborations to come to fruition.

Manifestation fits pretty well into the lifestyle shared by many millennials and Gen Zers, who are a largely secular group used to carving their own pragmatic creative paths. Spirituality, instead of religion, is a kind of one-size-fits-many outlook that works for a generation detached from denomination but still looking for comfort and control. Astrology and manifestation fall under that term. I texted a few friends about the phenomenon.

“I have manifested like, watching the law of attraction YouTube videos and manifesting for anxiety purposes,” one friend responded. “But when I sit there and think ‘I will get this job,’ it never fuckin happens lmfao.”

“I don’t manifest I pray,” another friend texted. “And Jesus decides whether he feels like listening to me that day or if he’s too busy painting his nails.”

She wasn’t far off. The rituals involved with manifestation, which sometimes include journaling, meditation and asking for a specific goal, share some qualities with prayer. And in a time in which young college students’ lives are clogged with web-induced sensory overload, rituals like these can be a real comfort.

Anna Adhikari, a sophomore dance and kinesiology major at this university, started getting into manifestation in March, when she felt depressed and isolated.

“In the way that people gravitate towards religion in times of need, I kind of gravitated towards manifestation and … the powers of the universe,” Adhikari said.

Adhikari’s parents practice Hinduism and Methodism, respectively, but Adhikari said she never felt connected to either religion. Enter the law of attraction.

Adhikari’s friend, a manifester herself, suggested Adhikari watch The Secret, the documentary affiliated with that long-forgotten book.

“At first I was like, this is dumb, this is crazy,” Adhikari said. “But then I … started journaling, and I started meditating and forcing that positive attitude upon myself.”

Adhikari said the kind of things she visualizes are often small and require active meditation to achieve. She’ll visualize something she wants — such as a text message from a friend — two or three times a day. According to Adhikari, that text will arrive. These modest successes excited her.

“I thought, ‘Oh my gosh, this is working,’” Adhikari said.

The friend that introduced Adhikari to manifestation is Mackenzie Jones, a freshman hearing and speech sciences major. Last September, Jones broke her foot. Her injury rendered her immobile and unable to do something she loved: dancing. Jones was on her high school’s poms team, which she described as a combination of dance and cheerleading: “Some hip-hop, some kick-line, like the Dallas Cowboy Cheerleaders.”

“Every day I would just imagine myself … dancing and walking again,” she said. Jones said she thought this visualizing was key to her recovery; she was able to start dancing again two months before her expected prognosis.

Even before her injury, Jones had used visualization as a tool to achieve specific goals. She said she didn’t have any kind of formal ritual for manifestation, but she would regularly visualize dance moves she wanted to learn.

Then Jones saw The Secret — and showed it to Adhikari.

“[Positive thinking] does give you … control,” Jones said. “Not over life, but how you view life.”

“Interview Aleksa,” my friend Kasey texted me this week. “He spits in any general direction anytime manifesting is mentioned.”

Aleksa Blagojević is Kasey’s fiancé, and he’s Serbian. Since the beginning of the pandemic, Blagojević has been in Belgrade, while Kasey lives in Manhattan.

Blagojević explained that manifestation — and its close cousin, unfounded positive thinking — are taboo in Serbia. There’s a saying for it that doesn’t exist in the United States.

“It’s like, don’t expect things to fall from the sky,” he said. “You have to work for it.”

Manifestation, according to Blagojević, is not a positive concept in his home city. Speaking your desires into the air through meditation, with the precise purpose of achieving them through a mix of positive energy and focused gratitude? That’s a jinx. Or a “sujeverje,” the Serbian word for superstition. The majority of Serbians are Catholic or Orthodox Christian; Blagojević’s family belongs to the latter camp. There are some Slavic influences in the religious culture, but Blagojević said traditional Christian values are the main driving force behind many traditions.

Blagojević said that Serbian culture, however, is not without its good luck charms. One involves pouring water behind a person to promote their success. Blagojević said if he was going to an interview, his mother or grandmother would spill a glass of water behind him as he left, to ensure that “everything will fall like water.”

“That’s one of the customs here,” he said, “for, like, good luck and manifesting.”

Blagojević said despite his cultural misgivings, he preferred the American outlook.

“Speaking [what you want] into existence is better than ‘Don’t say it, it’s all gonna come crashing down,’” he said. “So, I feel like your way is more positive.”

I asked Blagojević if he thought the American way was naive; maybe us positive thinkers had something to learn from the Eastern European mindset. He disagreed.

Oh, that it should be so easy. I am manifesting…

CORRECTION: Due to a reporting error, a previous version of this article misspelled Blagojević’s surname. This story has been updated.