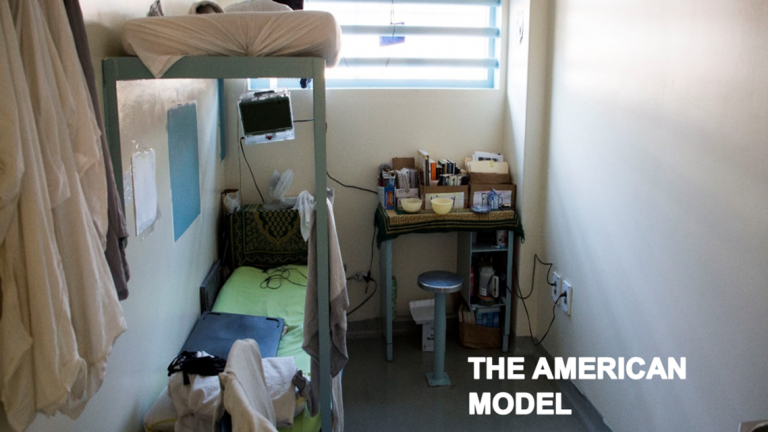 By Trisha Ahmed
For The Diamondback

University of Maryland alumnus Dr. John Hart spoke during a webinar held by the public health school’s alumni network on Thursday, discussing prison conditions in the United States and his mission to improve them.

His message was straightforward.

With 47 people attending the virtual event, Hart discussed his work as a senior research associate at the Vera Institute for Justice, acting to change the way prisons operate. One of the main things his team focuses on is helping to create housing in prisons and jails that are “grounded in human dignity,” Hart said. This includes adding sofas, rooms for a barber to come in and cut hair, and an area for meditation.

“We work with prisons across the country to replace a punishing correctional culture,” Hart said. The prison system disproportionately affects members of Black and brown communities, he added.

Serena Lao, a 2017 university alumna who attended the webinar, said that she has been educating herself on the prison system and found the virtual event interesting.

“Very few things I’ve seen or read get at these new models of reimagining the system as a whole,” Lao said. “It was really cool to hear that this work is being done.”

According to Hart, more than 2 million people — many of whom are Black and brown — are “warehoused in cramped, unhealthy spaces that lack natural light, fresh air, healthy food and a connection to their loved ones,” Hart said.

In prison, Hart said, “young men of color” also experience “higher rates of violence,” and are more likely to die or be sent to solitary confinement.

And prisons aren’t the only institutions affecting Black and brown communities in inequitable ways, Hart said, discussing recent cases where Black people had been killed after interactions with law enforcement at the beginning of the event.

Mentioning names such as George Floyd and Breonna Taylor, Hart said that “institutions had abandoned them — like they were nobody — long before they got killed by the state.”

Jameson Roth, who serves as vice president for the public health school’s alumni network, said the event was held in order to increase awareness of the effects of incarceration and uplift the work of this university’s diverse alumni community.

“We’re at a pivotal moment in history,” Roth said. “The [public health school] Alumni Network wants to do everything possible to stand with and support its diverse community during this time and through to the future.”