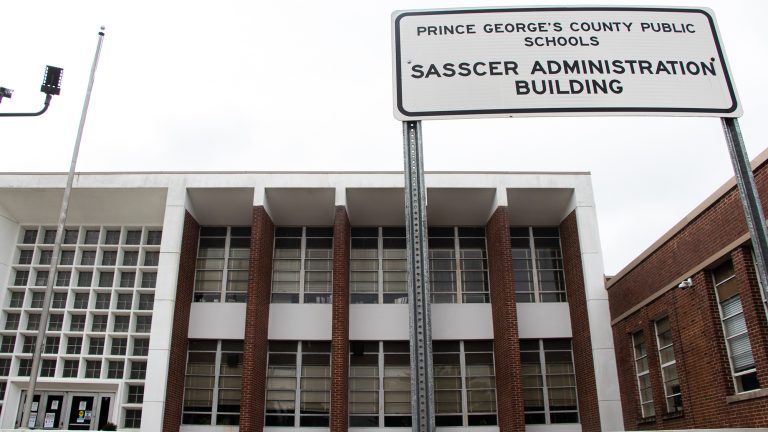 The Prince George's County Board of Education tabled a measure to remove school resource officers from all schools. (Julia Nikhinson/The Diamondback)

The Prince George’s County Board of Education once again tabled a measure Thursday to remove school resource officers from all schools — a proposal that comes following renewed scrutiny over the efficiency of the officers.

The Board will next discuss the proposal in January, after eight of the 14 members voted to postpone the decision. The remaining six voted in support of the removal of the officers.

The proposal, which was initially discussed in June, comes on the heels of a national conversation about race and the role that law enforcement plays in perpetuating the inequalities Black people face. Several school districts across the country, including those in Minneapolis and Seattle, have voted to phase out the use of the officers.

The decision also comes following a study by a University of Maryland researcher that analyzed how important the officers are to school safety.

The researchers examined 33 public middle and high schools in California that increased staffing of school resource officers between 2013 and 2014 and compared them to 72 similar schools that did not.

“This was a topic that needed more attention,” said Scott Crosse, one of the study’s principal investigators. “We could learn something here, do something useful.”

The research concluded that the schools with more SRO staffing did not see a reduction in crime — in fact, some crimes became more prevalent, and harsher responses to crimes increased as well.

Some county and school leaders are under the “mistaken impression” that the presence of police increases safety in their schools, said Denise Gottfredson, a researcher and professor emerita at this university.

In June, a coalition of 60 organizations in Maryland called on state legislators to support several demands related to police reform, one of which focuses on removing school resource officers and replacing them with counselors, social workers, psychologists and behavioral specialists.

Police in Prince George’s County Public Schools arrested 311 students during the 2018-19 school year — of these, 38 arrests were made by school resource officers, according to the Maryland State Department of Education’s arrest data.

Before Thursday’s vote, District 5 board member Raaheela Ahmed, one of the members spearheading talks about removing the officers, reminded her fellow board members that current school resource officers do not report to the county or to the board, and only receive training from their specific agencies or police departments.

In June, Prince George’s County Police Chief Hank Stawinski resigned following the release of a 94-page report alleging that Stawinski had led a department entrenched in systemic racism. Earlier that month, the department suspended three officers and launched an investigation into the alleged use of force by the officers.

At the meeting Thursday, District 6 board member Belinda Queen brought attention to the school-to-prison pipeline — the tendency of children and adolescents of marginalized backgrounds to become incarcerated due to harsh school policies.

“We have to change the narrative of our school system,” Queen said. “We are here to educate and teach these kids.”

The cost to implement armed security guards in every school in the country hovers around $13 billion, according to a study published by Cleveland State University. In 2019, Prince George’s County Public Schools passed a $2 billion budget for the 2020 fiscal year, which provided $4.2 million for additional security measures.

“SROs cost a lot of money, and we have very little evidence that they help,” Crosse said. “We would encourage you, school board, to put your resources elsewhere.”