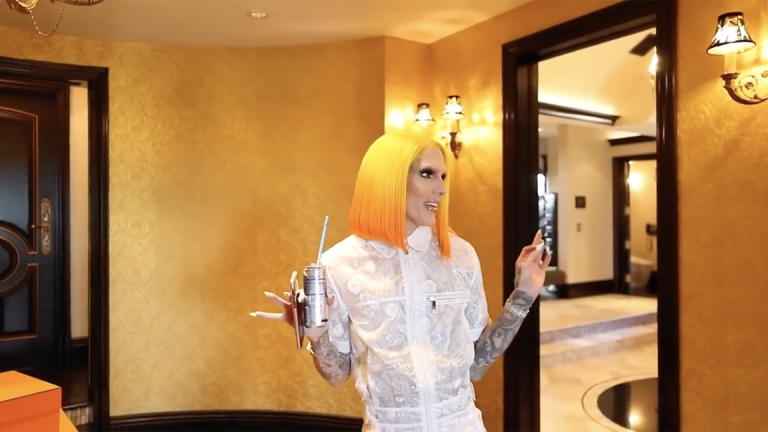 Earlier this year, Star upgraded from his Calabasas mansion to an even larger home. (Photo via YouTube)

In an unsurprising turn of events for 2020, many YouTubers have recently come under fire for applying for Paycheck Protection Program loans, meant for small businesses to help them get through the pandemic. Last week, Mashable reported companies belonging to Jeffree Star, MrBeast and FaZe Clan (an esports organization), received the loans, according to data found in ProPublica’s searchable database.

Jeffree Star Cosmetics and MrBeast YouTube LLC were both approved for $350,000 to $1 million loans. FaZe Clan Inc. was approved for $1 million to $2 million. According to Mashable, the latter company has around 70 content creators and players.

Loans are eligible for forgiveness if they are used to cover payroll, rent, utilities and mortgage interest rates. At least 60 percent of the loan must be used to pay employees, though, according to the Small Business Association.

Earlier this year, Star upgraded from his Calabasas mansion to an even larger home, subsequently posting a house tour to his channel with over 17 million subscribers. He has a well-documented history of flaunting his luxury items and various sports cars. As someone who’s content partially revolves around flaunting wealth, it’s peculiar that his company would need such a generous loan.

The same goes for MrBeast, whose videos involve a flex-filled version of philanthropy that includes donating and sharing large amounts of money and expensive cars. While some would argue the costs for this kind of content justify the need for a loan, MrBeast — who makes ad revenue from YouTube and has over 45 million subscribers on his main channel — rakes in unimaginable views.

FaZe Clan is composed of members of the FaZe House, a collaborative group that lives in a $30,000,000 house. Not only do they all have individual channels to supplement their income, but they also have official merchandise and sponsorships.

Although the companies belonging to these entertainers are obviously eligible for the relief loans, that doesn’t mean they’re not taking money away from people who actually need it. The $349 billion package eventually ran out, and large chunks of the money went to corporations that likely didn’t need it.

While most, if not all, businesses have taken a hit during the pandemic, it’s incredibly perplexing to see some of the most wealthy YouTubers applying for loans meant for businesses that have been heavily impacted.

Did their companies need the extra funds to keep paying their employees, as the SBA required?  Maybe. But I can’t imagine they needed it more than a local mom and pop store unable to serve food or sell other goods because of COVID-19 related regulations.

[Review: You should find the time to go see ‘Tenet’]

FaZe Clan can still make videos indoors. MrBeast can make socially distanced content with others and still post on his gaming channel. Star is still making money from his multiple businesses and investments, and he recently just released two new makeup palettes.

All the YouTubers applying for these loans reek of greed and lack self-awareness. They should take a page from the book of the CEO of Shake Shack, who received a $10 million loan only to return it because, according to his LinkedIn post, the company no longer needed the money.