Review: You should find the time to go see ‘Tenet’ 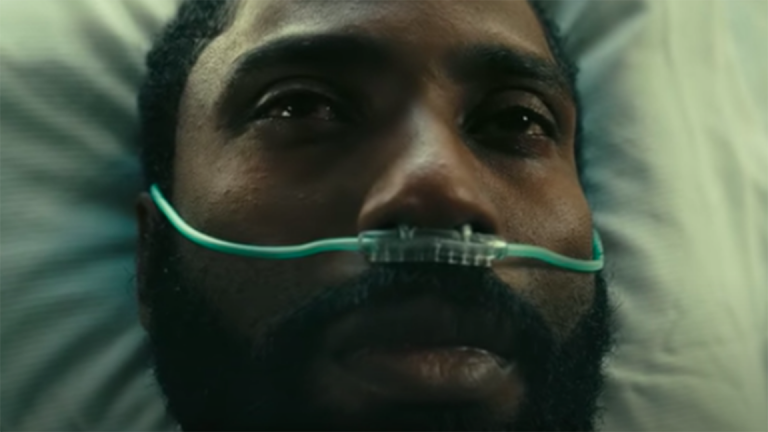 After a roughly six-month hiatus, movie theaters are finally opening around the country again. During the time theaters were left barren, the question arose of whether this was the beginning of the end for movie-going as we know it. Ever since the advent of streaming started the process of eroding our collective movie-going attention spans, the fate of theaters has grown increasingly perilous, with attendance declining. The coronavirus pandemic merely exacerbated the problem.

Through this dark time, Christopher Nolan’s Tenet, originally slated to release in July, represented the hope that movie-going was not dead yet. While other movies have been delayed until the pandemic mercifully ends, Tenet defiantly remained committed to coming out this summer. And now that the movie is out, the question becomes whether audiences are willing to brave the risk of potential coronavirus superspreading events like movie screenings.

If there’s anything I learned from this delightfully confusing movie, it’s that my views on time are completely basic. The movie makes it clear that things happen and time is just our inconvenient way of perceiving these events. This is as much of a thesis as the movie has, which is standard practice for Nolan.

While other directors may use a simple premise as a canvas to explore deeper ideas, Nolan does the opposite. He takes dank philosophical and physical concepts and uses them to make popcorn movies. And, honestly, power to him, because nobody is better at crafting surface-level mind-blowing thrillers than this guy.

Tenet follows a nameless CIA agent (John David Washington), called “The Protagonist” — which is too cute by half — on a globe-trotting journey to stop an evil Russian oligarch (Kenneth Branagh, doing a lot) from using plot-device-physics to destroy the world.

To be perfectly honest, the plot is way too convoluted to explain, and the characters are way too one-dimensional to become fully invested in (with the exceptions of Robert Pattinson and Elizabeth Debicki, who are both excellent in underwritten roles). Even the actors appear to not understand what happens in this movie. To go even further, the characters don’t even understand what they are doing while they are doing it. This reality likely holds Tenet back from being a masterpiece, but it certainly doesn’t hold it back from being pure entertainment.

Ultimately, the confusing, over-wrought plot is rendered irrelevant; this movie is to be experienced, not understood. This brings me to the real draw of the movie: the way the action of this movie unfolds as parts of the scene are moving in different directions in time. In one, The Protagonist (*rolls eyes*) fights somebody who is moving backwards in time, or “inverted,” as the movie calls them. In another, our heroes engage in a car chase with an inverted car that goes from completely totaled to intact and then engages in something of a race with them.

The identity of Nolan is that of the master of the mindfuck, but ultimately, the complications of his movies are simply fuel for entertainment and crumble under further review. The true appeal is Nolan’s ability to create original set-pieces that you can never forget. Tenet follows this pattern to a tee. I’ve never seen anything quite like his inverted playground, where buildings are destroyed and rebuild themselves.

This movie is certainly worth watching if you think it’s worth going out to the theater, and it’s certainly not worth risking your safety if you don’t. Let’s look at it in Tenet terms: If you’re going to see the movie, that means that you’ve already seen it — you just haven’t experienced it yet from your point of view.