UMD made a mistake bringing students back, but it shouldn’t send them home now 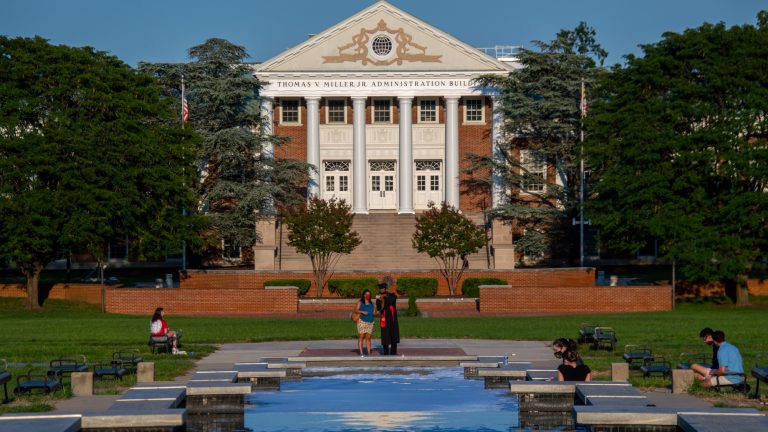 The University of Maryland’s decision to allow students back to the campus placed an incredible amount of responsibility on the school. Now, in addition to providing quality online education and managing an unprecedented budget crisis, the administration is also tasked with protecting students, faculty and residents of the surrounding area from feeling the impacts of an outbreak. As other colleges and universities across the country have found, the possibility of an outbreak is very real, and these schools have been faced with the decision whether to reclose their campuses only weeks into the semester.

To the university’s credit, the plan to bring students back to the campus, while likely misguided, was very thorough and well-communicated. Students were made aware of the kind of measures that would be implemented and the kind of behavior that would be expected of them if they decided to return to campus. But the university has not been clear in what it will do with on-campus residents in the event of a major outbreak.

While sending students home would absolve the university of any further responsibility for student health and safety, there is an increasing consensus among experts that this decision would make preventing the virus’ spread even more difficult. The administration didn’t need to allow students to return, but now that it has, it has a responsibility to try and ensure student and faculty safety that obliges it to keep our campus open for as long as possible.

One of the benefits of having a relatively later start to our fall semester is that it gave us the opportunity to look at how well other schools that opened their campuses were able to control the spread of the virus. For some reason, however, the administration saw the outbreaks at schools such as the University of South Carolina, University of Alabama and Notre Dame and assumed that we would be different. If these schools continue to be an indicator of what the semester will look like, this university will be in a similar position in handling the presence of thousands of on-campus residents.

When administrators at Notre Dame considered sending students home as cases began to spike, they were instead advised by health officials to reinforce their efforts limiting the outbreak. Members of a University of Alabama task force dedicated to campus health and safety have said keeping students on the campus is safer than sending them away, stressing their concern over the possibility that sending students back could place more vulnerable populations at a greater risk. In both cases, public health advisers make the case that the resources available to college campuses equip them to suppress an outbreak.

It’s important to understand that the mistake of bringing students to campus does not need to be followed by a complete and total reversal in action. In the event of a major outbreak, reclosing our campus would only make matters worse from a public health perspective. At the very least, the on-campus residents deserve to know whether the university intends to send students home and what that might look like.

When the administration allowed students to come to campus, it took on the responsibility of protecting our health and safety — when it comes to the decision to send students home, that responsibility extends to the lives of our family members and loved ones.