Toxic productivity is pervasive in colleges. Here’s what we can do about it. 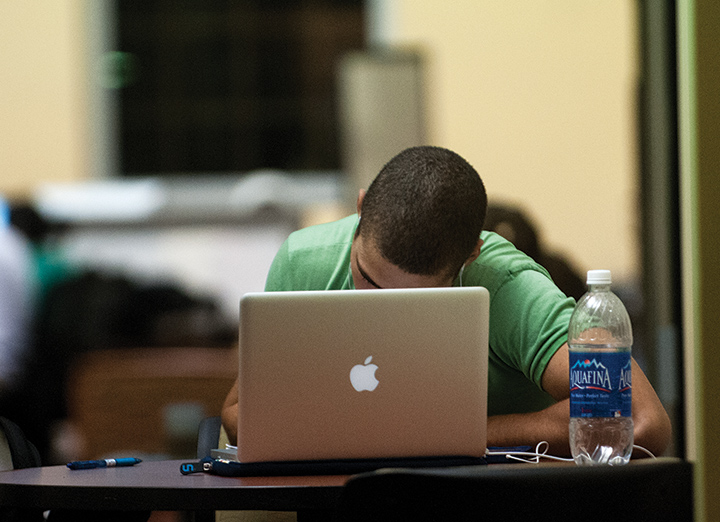 After a long summer of quarantining at home doing absolutely nothing, the first week back to school felt like a sharp slap in the face. How am I supposed to dive into 17 credits of lectures, endless hours of studying and infinitely more hours of Zoom meetings for all of my extracurricular organizations? How am I supposed to be productive?

If you in any way relate, then I offer you this crumb of advice: We don’t have to be so productive all the time. At least, not in the classic work-yourself-to-death sense of the word. The truth is, we urgently need to reimagine the meaning of productivity in higher education.

America is obsessed with productivity. And this country’s higher education system — including the University of Maryland — is especially guilty of perpetuating toxic productivity. College is meant to be about satiating your curiosity and discovering new interests; instead, it has evolved solely into a means to get a degree and eventually a job. Universities have a vested interest in this cycle of productivity and success — it boosts their reputation and makes them money, which we all know is more important than frivolous things like, say, the well-being of your own students.

And for college students, the constant pressure to be productive often manifests itself in unhealthy ways. Many students feel the need to overwork themselves by forgoing sleep in order to study or signing up for more student organizations than they can handle. This is seen, not only as a normal part of academic life, but also as a point of pride. We collectively glorify sacrificing health to get more work done, even though it may ultimately lead to unnecessary stress and burnout.

It’s clear that this culture needs to change — but how?

First, we must destroy the idea that people are only worth as much as their labor. Taking a day off doesn’t make someone a bad student, nor does it make them less valuable to society. Nobody should be risking their health to fulfill some arbitrary quota of “hard work” deemed necessary for success.

We also need to stop viewing productivity as only involving academics. There are non-academic ways to be productive that should be equally prioritized. In that sense, self-care activities are an integral part of productivity, since it can be counterproductive to overwork yourself without taking time for breaks. This may include rediscovering a hobby, spending time with friends or simply taking a nap.

As an anxious, overzealous college freshman, I used to brag about how little sleep I would get in one night. Sure, my assignments got done, but my grades and mental health suffered in consequence. As soon as I started prioritizing self-care and sleep over the sheer amount of work I could produce in a night, my grades and health started improving, despite spending more of my time doing “unproductive” things.

We also must acknowledge that, despite the myriad of ways to be productive in a non-academic capacity, productivity will not look the same for everyone. We all have personal circumstances outside of school that influence how much we can do in a day. For instance, for someone with a mental health disorder, productivity may entail simply getting out of bed and changing out of their pajamas.

I’m not calling for an end to productivity — just a reimagining of it. Productivity itself is not harmful, but working yourself to the point of exhaustion certainly is. A total shift in culture will ultimately depend on our academic institutions, but in the meantime, there is plenty we can do as individuals to keep ourselves sane.